Thesis Gold Inc. [TAU-TSXV] is focused on the Golden Horseshoe area of north-central British Columbia, where it is working to define and develop the high-grade resource potential of its flagship Ranch project located about 450 kilometres northwest of Prince George. 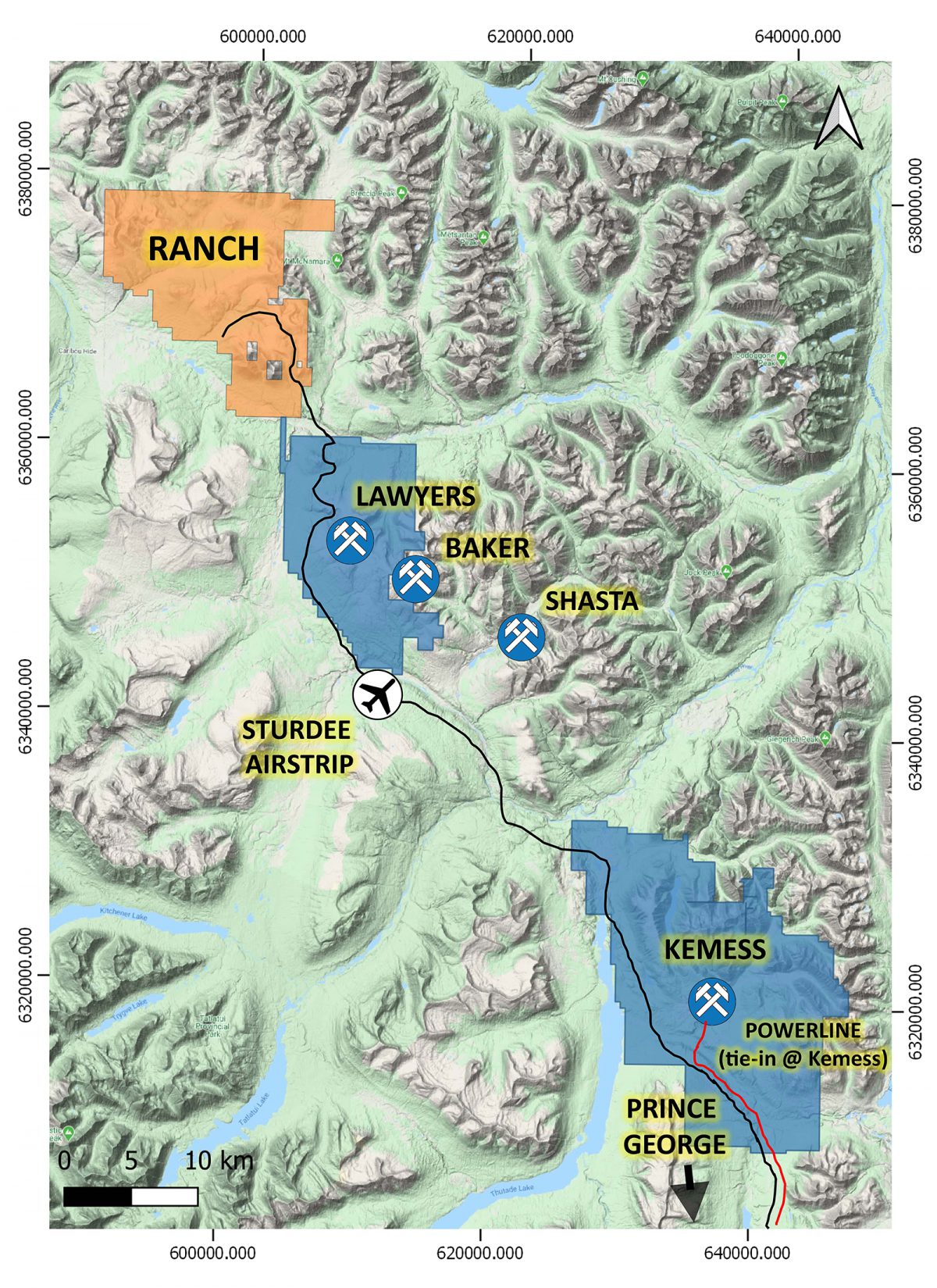 Thesis is led by President and CEO Ewan Webster, who was previously a senior geologist with Benchmark Metals, which has so far outlined 3.0 million gold-silver ounces in the indicated and inferred category at its nearby Lawyers property.

While exploration at Ranch is still in the early stages, speculation that Thesis will develop a multi-million ounce-gold deposit sent the stock price north of $3 at the end of January 2022 from $1.40 in early December 2021.

A shareholder group, that includes Bay Street financier Eric Sprott (who now controls 6.65% of the company) is mindful that Centerra’s Kemess gold-copper mine is located only 60 kilometres southeast of Ranch, and has produced 3.0 million ounces of gold and 800 million pounds of copper.

Having recently raised $24.5 million from a private placement financing, the company has $35 million in working capital and 12 million in-the-money warrants that expire in October, 2022, potentially adding another $8.5 million to the company’s war chest.

That puts Thesis in a very strong position to carry out its exploration plans on the 180-square kilometre Ranch property. The company is looking to complete up to 50,000 metres of drilling this year, a program that will focus on the expansion potential of the known zones of mineralization in addition to testing new epithermal and porphyry targets across the project. That includes testing near the Alberts Hump target, where the company has outlined another highly prospective multi-kilometre drill target.

Soon after Thesis acquired the exploration rights in August 2020, a technical report, underlined the project’s potential, noting that 19 high-sulphidation epithermal gold deposits and/or prospects had already been discovered within a roughly 25 square kilometre area.

These are prospects with a potential link to a deeper porphyry system, which remains the blue-sky potential at Ranch.

“Hence there is the potential for additional discoveries with continued funding and exploration,” the report said.

In an interview, Webster said he was attracted to the project in part because although it was a venue for exploration work in the 1970s and 1980s and historical production of 10,000 ounces from three small open pits (the Bonanza, Thesis 111 and BV zones), there had been no systematic exploration in the past couple of decades. 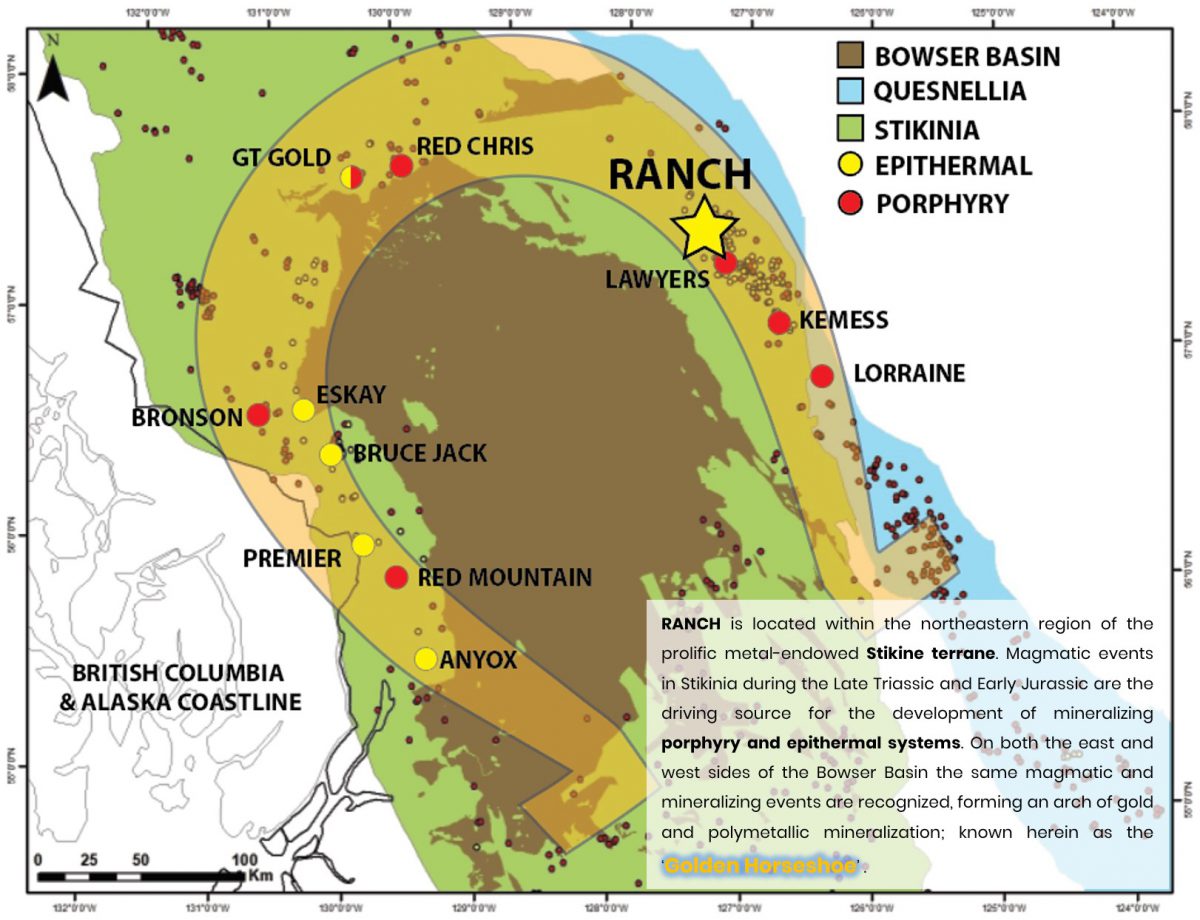 After securing a five-year work permit for exploration and drilling in August, 2021, Thesis launched a 20,000-metre drill program, with initial results from the first three holes confirming the existence of high-grade gold mineralization in the Bonanza and Ridge zones. It also moved to complete a similar confirmation and expansion drilling program at the Thesis 11 and 111 gold zones

Webster said he is pleased that the company has been able to add its own exploration targets to the ones that were already known. He expects exploration crews will generate more this year.

For example, in In a March 21, 2022 press release, Thesis announced inaugural drilling program results from the Thesis 11 zone, including the discovery of a new mineralized system.

It noted the newly discovered south zone was intersected in three 2021 drill holes. 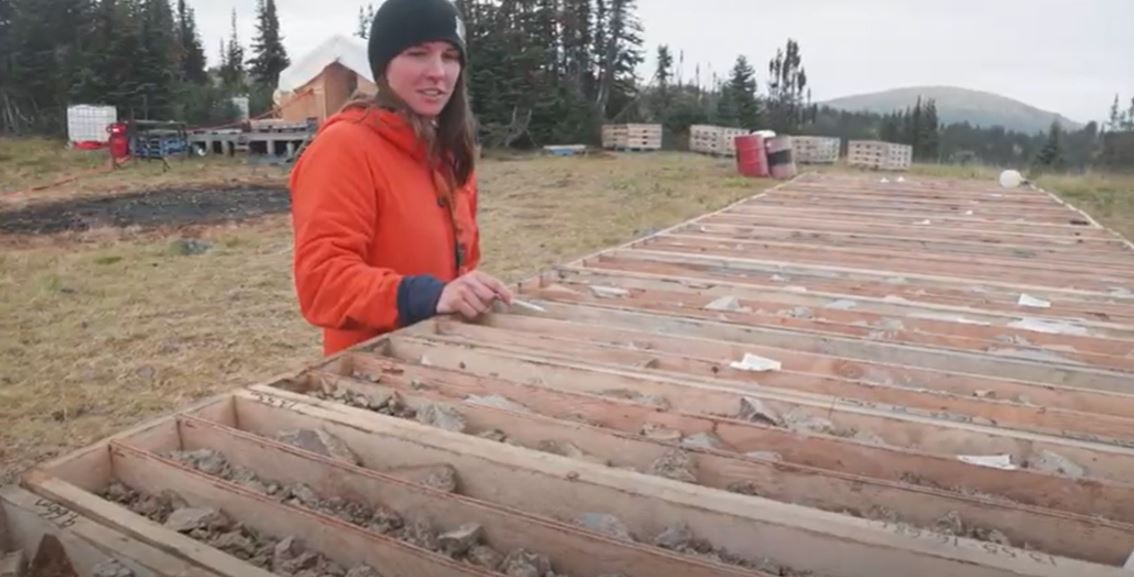 As defined by current drilling, the company said the new zone is situated approximately 40 metres southwest of the main zone at Thesis 11, has a strike length of at least 50 metres, has been intersected 100 vertical metres from surface, is in excess of 20 metres wide and remains open in all directions.

“This second recent discovery within the Thesis Structural Corridor demonstrates the opportunity that exists to make additional discoveries within this fertile area and continue expanding on known zones of mineralization,” said Webster.

The company is currently executing a spring drilling campaign focused within the 1.5-kilometre strike-length Thesis Structural Corridor, which hosts the Thesis 11, Thesis 111 and Bingo occurrences.

The spring program, consisting of up to 10,000 metres of drilling, is intended to expand on newly discovered zones and test additional exploration targets.

This campaign underscores the opportunity to conduct year-round exploration at the road accessible Toodoggone region of B.C.

Thesis has said its objectives are to continue drilling at Thesis 111, including follow-up on the parallel west zone discovery hole 21TH3DD012, which returned 28 metres of 6.07 g/t gold, and the southern zone discovery at Thesis 11.

Thesis will also focus its efforts on the exciting new target at the Albert Hump area where the anomalous footprint (0.5 X 2.0 kilometres) is significantly larger than others observed within the Ranch property, including anomalies observed at the high-grade Bonanza, Theses 111 and BV zones that saw historical gold production.

The Alberts Hump area has not seen contemporary drilling and represents a strong opportunity to make additional new discoveries given the strength and footprint of observed anomalies in all observed datasets, the company has said.