Graycliff Exploration Limited (CSE: GRAY) was formed in 2019 with the vision of creating a company to explore for gold in the shadow of a historic headframe for the presence of mineralization that may have been overlooked by others.  Their first property, the Shakespeare Project, fulfilled this requirement as it is a brownfield project with some limited historic production while their second, the Baldwin Project, which is partially contiguous with Shakespeare, is considered a more early-stage property.  All told the company now is in control of 2,525 hectares of highly prospective ground. 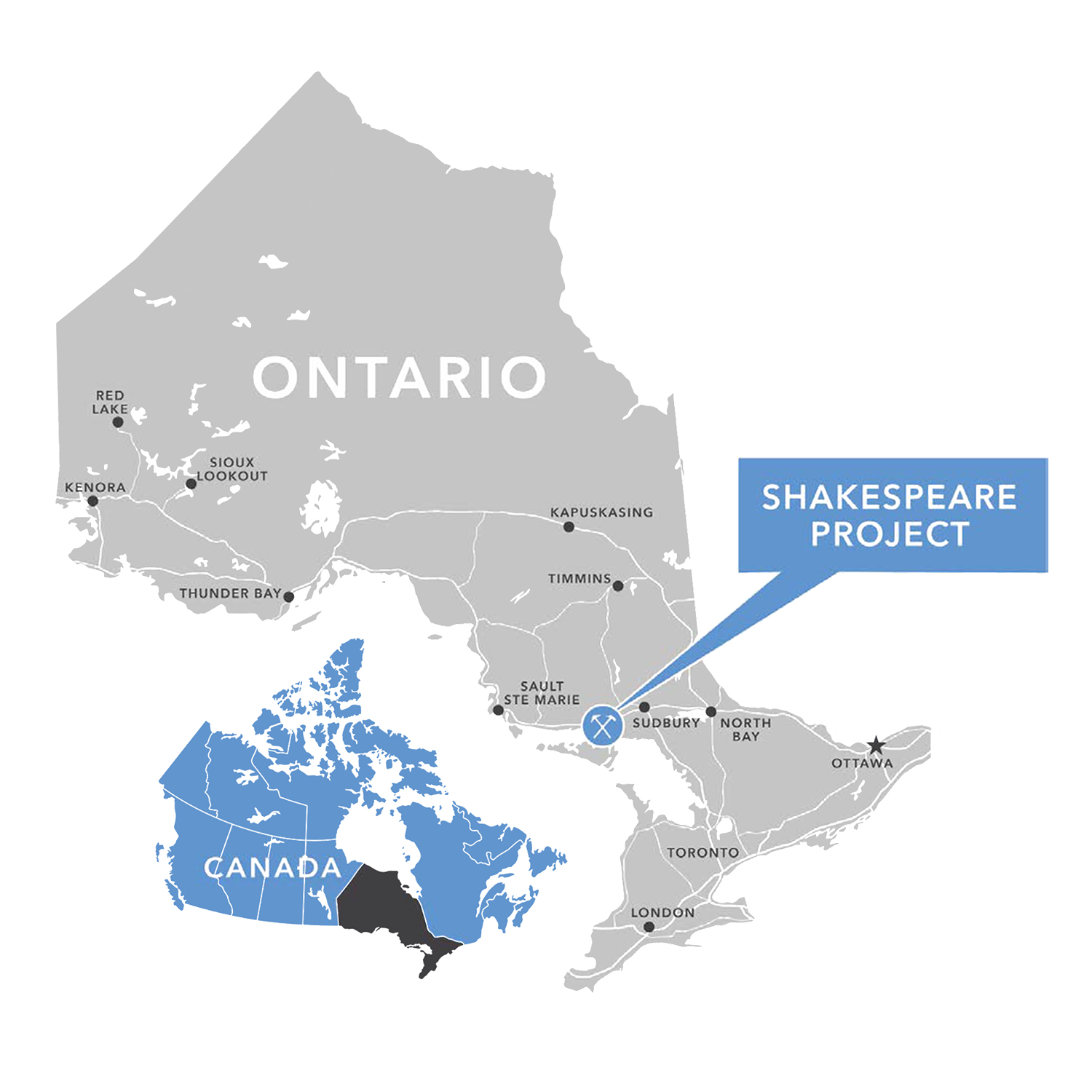 The properties are located only 88 km west of Sudbury, Ontario within the prolific Canadian Shield at the contact between the Archean, Southern and Superior geological provinces.  Based on the geological environment as well as known gold mineralization within the area of the historic mine and recent drilling, the primary exploration model for Graycliff is that for orogenic gold deposits.  Orogenic gold deposits can be economically significant as they tend to be comprised of short strike length ore shoots over distances between 2 to 10 kilometres in length and in some instances up to 1 kilometre in width and have been mined to depths of up to 2 kilometres.  Canadian examples of orogenic gold deposits include Red Lake, Timmins, and Kirkland Lake. Graycliff, with multiple drill intervals in excess of ten grams per tonne gold, is beginning to define their own zone of high-grade gold mineralization.

The Shakespeare Project has received the bulk of the Company’s attention to date.  The Company has drilled in excess of 12,000 metres in close proximity to the historic Miller Shaft since going public in August of 2020.

Shakespeare consists of one crown patented lease, two crown leases, and 40 mineral claims that total 1,025 hectares. The property saw limited production, from what is now known as the Miller Shaft, between 1903 to 1907 when 2,959 oz of gold were recovered from six underground headings. Although this may not seem like a sizable operation, consider that this would have been accomplished by hand mining and that gold was valued at US$19 per ounce at the time. Given the conditions, only readily accessible and very high-grade mineralization would have been mined.

The high-grade drill intercepts are too many to mention here, but highlights from recent drilling include: 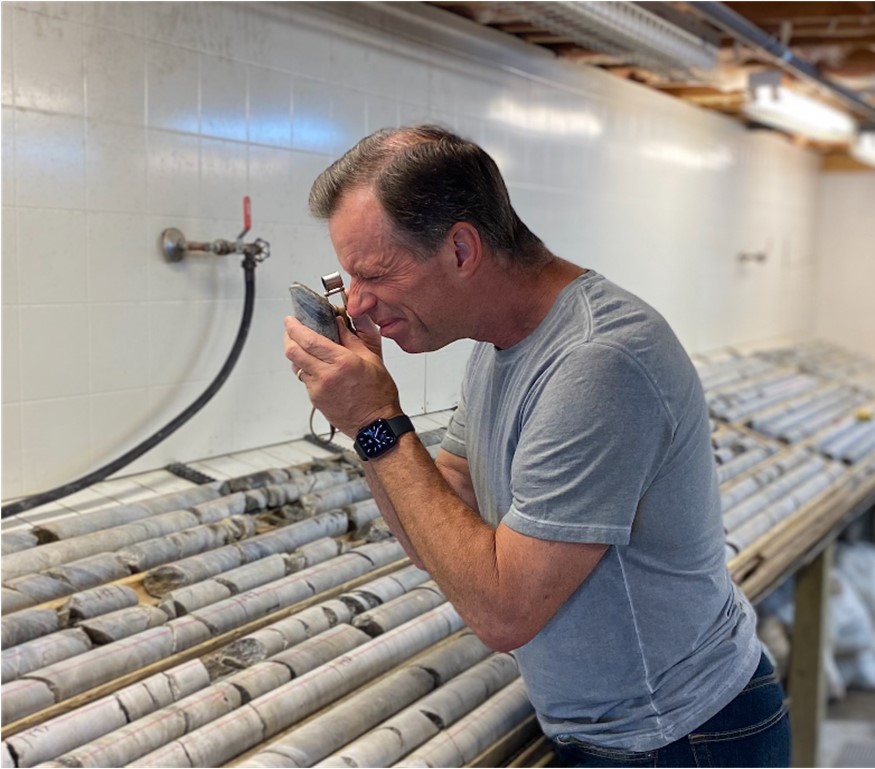 Gold mineralization intersected in the drill holes proximal to the Miller Shaft occurs within grey, quartz-rich altered, veined and sulphide mineralized metasedimentary rocks. The mineralized target zone contains less than 5% sulfides overall, is strongly silicified and contains local quartz veining. Gold generally occurs as native gold and grade does not correlate directly with sulfide content or with shearing intensity.  The Company believes that there is potential for significant gold discoveries along the six-kilometre-long projected NE/SW mineralized horizon that extends in both directions from the historic Miller Shaft.

To bolster their ground position Graycliff acquired the Baldwin Project after going public to cover other areas of known favourable geology adjacent to the Shakespeare Project.  This relatively underexplored area is located immediately to the east of the Shakespeare Project and is comprised of 68 claims that cover 1,500 hectares.  The two projects are also partially underlain by rocks known to host Ni-Cu-PGE mineralization on the adjacent property to the north and northwest, which is held by Magna Mining Inc., and which hosts a indicated resource of 20.34 million tonnes grading 0.55% nickel equivalent.

Previous exploration on the Baldwin Project concentrated on nickel, given its proximity to Sudbury, as well as uranium, but there is not much indicating that the area was ever actively explored for gold. Management is of the view that it can apply the same exploration model that was applied to their neighbouring Shakespeare Project, given the geological similarities between the projects.

Versatile time domain electromagnetic (VTEM) and total magnetic intensity (TMI) geophysical surveys were recently completed on the properties. The survey results in conjunction with the current understanding of the geology and controls on mineralization in the area have allowed the Company to identify numerous discrete, both shallow and deep, targets that require follow-up prospecting and geophysics, as well as drilling. Most of the new targets are located to the northeast and east of the current drilling efforts and leave plenty of room for new discoveries – gold or even copper and nickel.

Graycliff will not be resting on their laurels: “Given the intersection of high grades over the strike as well as depth drilled to date, we feel it’s time for us to initiate preliminary metallurgical sample test work. Our team will complete one or more drill holes to recover large diameter core samples for the anticipated work. This should become an important step in moving the Shakespeare Project forward,” stated James Macintosh, Graycliff’s President and CEO.

And while permitting is underway for these exciting next work programs, the phase four drill program will restart after a pause to interpret the recent drilling results. There will be much more to come from Graycliff, and contrary to the Bard’s opinion, maybe all that glitters is in fact gold at the Shakespeare Project.