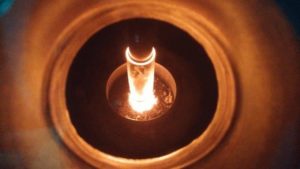 Patrick Levasseur, President and COO, stated, “Uragold, a Quebec junior resource company, is the largest holder of distinct high-purity quartz properties in Quebec, with over 3,500 hectares of claims.Â  Despite the abundance of quartz, very few deposits are suitable for high-purity applications. Quartz from its Roncevaux property in the GaspÃ© Peninsula of Quebec successfully passed testing protocols by a major silicon metal producer confirming its suitability for silicon metal production.

“Uragold has the exclusive license to the PUREVAP Quartz Vaporization Reactor, a plasma-based technology from a third party, to transform its high purity quartz deposits to tap into the lucrative market of silicon and polysilicon markets.Â  High purity silicon is the key material required in solar panels.Â  Demand for solar photovoltaic energy is expected to double by 2020.”

Test results achieved to date justify that Uragold can now move forward with a spring exploration campaign program on its Roncevaux quartz property in order to delineate a resource, the first step in preparing a preliminary economic assessment using Roncevaux as feed material for the PyroGenesis’s Purevap QVR process.

Pierre Carabin, Director of Engineering of PyroGenesis, said, “We are very pleased by these early results. Our ability to demonstrate that our process can produce metal at such an early stage is encouraging and is the first step towards Uragoldâ€™s objective to produce a silicon product of solar-grade purity.”