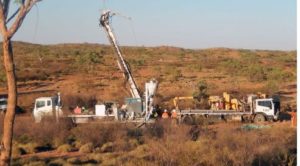 The updated resource estimate was performed by AMC Mining Consultants (Canada) Limited in their Vancouver office. The estimate includes the addition of more than 12,700 metres of resource development drilling conducted between 2014 and 2016 by Vendetta, a comprehensive re-interpretation of the geology and the results of the recent metallurgical test work.

The Pegmont resource is now reported using open pit optimization to define the boundary between open pit and underground potential mining areas. The results can now be used to systematically refine the resource development drilling at Pegmont.

Vendetta’s President and CEO Michael Williams, stated, “The completion of the Updated Mineral Resource Estimate marks an important milestone for the company. Our technical team has completed a comprehensive re-interpretation of the geology and grade controls. This improved understanding of mineralization has contributed to the resource increase and will guide our future resource development drilling at Pegmont. The resulting increase in the Mineral Resource, coupled with the open pit shells predominately falling within the Mining Licenses will put Vendetta on the trajectory needed to maximize value during the current lead/zinc cycle.”

Pegmont is a multiple lens, stratiform Broken Hill-style deposit that outcrops with an overall shallow dip to the south east and is hosted in a magnetite rich banded iron formation within high grade metamorphic rocks. The company has, through its programs confirmed Zone 5 is an area of higher grade zinc and multiple mineralized horizons. The project consists of three granted mining leases and two exploration permits that cover an area of approximately 3,468 hectares.