The federal government’s Bill C-48 would indefinitely ban most oil tankers loading or unloading anywhere on the B.C. north coast 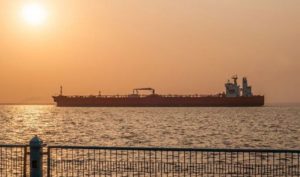 While the Trans Mountain pipeline saga grabs headlines across the country, Bill C-48, which indefinitely bans most oil tankers loading or unloading anywhere on British Columbia’s north coast, recently had its third reading in Parliament.

The bill, which must still pass through the Senate, erects yet another barrier to exporting Canadian oil to markets in Asia, where that oil can command a significantly higher price than it does today when sold in a glutted (and shrinking) American market.

Prime Minister Justin Trudeau and his ministers frequently invoke science when justifying environmental policies. The prime minister even sat down for an interview with Bill Nye (“the Science Guy”), who lectured him on the need to terminate Alberta oilsands production and stop pipeline construction.

The new Canadian Environmental Assessment process, ushered in by the federal government claims it will use the “best available science” in its decision-making. But it’s hard to see how anyone can justify, based on the science, Bill C-48’s tanker moratorium, because any review of the data on oil tanker safety would dispel the idea that this policy is evidence-based.

In 2015, a Fraser Institute study found that moving oil by tankers is not only safe but that the safety of this mode has increased even as greater quantities of oil are transported by sea. Canada, in particular, has a superb record of tanker safety. According to Transport Canada, there has only been one major oil spill in the last 20 years off Canada’s West Coast and it did not involve an oil tanker. (The Queen of the North ferry sank with 240 tonnes of oil on board.)

The trend for tanker safety is also very good. In the 1970s, there were on average 24.5 large spills (more than 700 tonnes) per year worldwide. But in the first four years of the 2010s, on an average there were only two large spills per year. The trend for medium-sized spills (seven to 700 tonnes) also declined significantly, from an average of 54.3 per year in the 1970s to an average of five per year during the first part of the 2010s.

And remember, these reductions in accidents and amount of oil spilled each year coincide with increased amounts of oil shipped by sea. In 1970, 1,207 million tonnes of loaded crude oil was transported by sea compared to an estimated 1,710 million tonnes in 2014.

We can and do transport oil safely by tankers – even as we increase the amount of oil we ship.

The International Energy Agency projects that Asia’s demand for oil will increase from 4.7 million barrels per day today to an estimated 6.6 million barrels per day in 2040. Without access to the Asian market, Canada will miss out on the economic prosperity intrinsic to supplying those markets with oil produced in a country with some of the world’s best environmental protections.

Imposing a moratorium on oil tanker traffic off B.C.’s coast ignores the evidence about the safety of transporting oil by sea. This ban will stifle Canada’s ability to realize the economic benefits of exporting our resources to where there’s greatest demand.

Kenneth Green is senior director of natural resource studies at the Fraser Institute.