National No-Hydrocarbon Days would hit both anti-energy and complacent Canadians where it hurts: their energy-entitled lives 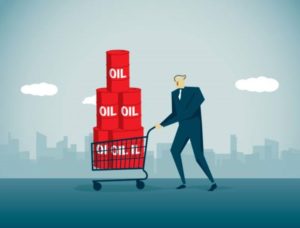 Maybe the oil and gas sector should take a page from the postal workers’ playbook and implement rotating strikes.

Look how fast Ottawa jumped to the pump on the postal file.

Screw with timely arrival of Canadian gifts at Christmas?

A whole other matter entirely.

Let’s set the first round for July 1, 2019. And target Toronto, Montreal and Vancouver to start.

It will be the day the oil and gas sector disconnects from Canadians in key areas around the country. Deliberately. Starting with the gas tank.

To the degree the Christmas present is symbolic of life in Canada, so should be the fuel tank.

So plan for stations to be empty in those cities on July 1. There will be pain for the industry and its retailers, for sure, but what’s another bruise when you’re already black and blue all over?

But a point has to be emphatically made.

We need a day when parts of country grind to a halt. So be bold: even take out public transit where possible. And hopefully millions of Canadians smack themselves upside the head with a big old Homer Simpson “D’oh!”

We need something designed deliberately to hit both anti-energy and complacent Canadians where it hurts: their energy-entitled lives. These rotating empty-tank days would be designed to focus their attention on a critical drama playing out under their noses but to which they’re paying scant attention: the rapid erosion of a sector that underpins so much of what makes Canada’s economic engine tick.

While the current debate swirls around government-sanctioned production cuts to reset the pricing differential, it’s a good bet most Canadians are paying little notice. It may help the industry short-term, but it’s just a bandage on a wound that’s rapidly going from festering to gangrenous.

Anyone who believes that only politicians are to blame is living in an alternative universe.

Politicians derive their power from one place only: the ballot box. They know this. It drives every calculation they make. Look how Alberta’s NDPers are cozily aligning with the energy sector as the 2019 election looms. They know next year that Albertans will be at the polling stations with itchy fingers.

Prime Minister Justin Trudeau has a more ticklish dilemma. He has mightily ticked off Albertans. But he has other constituencies to consider. Doing something significant to placate Calgary could spell problems elsewhere.

But in the petroleum industry, we just don’t seem to have cottoned on to the fact that many Canadians deliberately don’t care – or don’t know enough to care.

It’s from this that politicians derive their direction. Most left-leaning politicians believe they’re simply carrying out the people’s will. For the small sector of vocal opponents they are; for the greater group, they’re misreading silence as sentiment.

It’s that sentiment that needs a tectonic shift.

The real irony is that Canadians own the hydrocarbons, which should represent wealth in their pockets. The industry needs to forcefully tell Canadians these resources belong them and that they work for their quality of life in myriad ways.

As resource owners, Canadians need to step up – or else we who toil in the sector can’t make those hydrocarbons work economically for you.

Sadly, to get to that place and shift sentiment at the ballot box, many Canadians need a swift kick.

It’s a good bet that could make a difference on voting day.

Bill Whitelaw is president and CEO at JuneWarren-Nickle’s Energy Group.