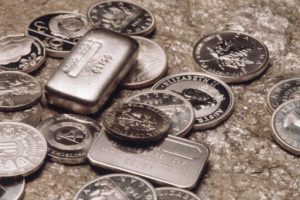 The World Silver Survey (WSS) 2017 has been released by the Silver Institute and produced by from the GFMS team at Thomson Reuters. All prices are in US$.

Last year was a turning point for silver prices on an annual average basis, with dollar denominated prices up 9.3% to $17.14/oz, marking the first increase since 2011. This performance was aided by a deficit of 147.5Â Moz (4,788Â t), the largest for three years. Central to this performance was a turnaround in investor interest in Exchange Traded Products (ETPs), aided by geopolitical uncertainty.

As a result, investors purchased a net 47.0Â Moz (1,461Â t) of ETPs, a four-year high, sending ETP holdings to a record level. The strength in silver prices however was far from solely due to investors. The physical balance recorded a deficit for the fourth successive year, albeit a markedly smaller one of 20.7Â Moz (643Â t).

Indeed, arguably the key reason for the smaller deficit was the softer offtake from retail investors of coins and bars after the record level of 2015. Even this performance masks some divergence, with coin fabrication remaining exceptionally strong in the first half of last year and at the second highest level ever.

In contrast, bar demand struggled, with Indian offtake slumping dramatically. This is hardly surprising given that the level of demand had been aided by bargain hunting in 2015 and the price rise led some investors to take profits. Jewelry demand also came under pressure from rising prices but despite this it remained above 200 Moz (6,220 t) for the fourth successive year.

Meanwhile, both the photovoltaic and ethylene oxide sectors saw record high demand for silver despite ongoing thrifting. In the photovoltaic sector, silver demand rose by 34% as the number of global installations shot up.

On the supply side, mine output fell, albeit marginally, for the first time since 2002, due to lower capital expenditures in prior years. More surprisingly, despite the rise in silver prices, scrap flows dropped to a 24-year low. Finally, there was a return to modest dehedging by producers for the first time since 2013. Therefore, total supply dropped for the second year in a row. During the first quarter of 2017 silver prices rose from below $16/oz to peaks over $18/oz with investor sentiment playing a pivotal role as geopolitical concerns rose.