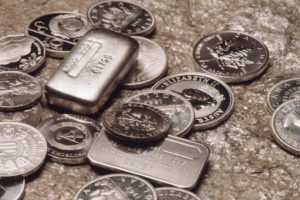 It’s business as usual for mining stock and precious metal investors after the surprising win for Donald Trump. David Morgan, silver analyst and publisher of The Morgan Report (www.silver-investor.com) told Resource World that when it looked like Trump was overtaking Hillary Clinton during the voting process, Dow Futures plunged 800 points, overseas markets dropped and gold shot up $50 an ounce. This morning the markets are slightly positive and gold is up only a little compared to yesterday. “This was a case of shock, uncertainty and then acceptance,” he commented.

Morgan said he thinks the Trump administration will affect precious metal prices in the medium term in a positive way. “Actually, I would say the same thing with a democratic president. I think that the presidency won`t have a great deal of influence on the gold price. I think that either party would have inherited an economically unstable situation [that could lead to higher precious metal prices].”

He added, “It didn’t matter who won the election but I think there could be a turnaround in the trump administration, meaning there is a possibility of coming back more toward the centre – more of a republican form of government; not the republicanÂ  party with a capital â€˜R’ but republican with a small â€˜r’ where we would see less government, more individual rights and, let’s say, more freedom. That could help on an individual level but again, the problems inherit in the system mean that even with a great reformation of the public’s attitude toward more self-responsibility, I don’t think that you could overcome what’s baked into the cake right now.”

Regarding the fundamentals of the precious metals space, Morgan said there is an oversupply of fiat money worldwide. “It’s unlimited; you can print to infinity,” he said. “The amount of available precious metals is extremely small and that certain times in history, there is an accounting that takes place where the amount of paper is accounting for the distortions in the system. So the paper price of gold and silver go to a level that’s extremely high relative to what they’ve been suppressed to or marketed at for a very long time.”

Morgan explained that at some point, “there’ll be a revaluation of precious metals that will reflect the distortions in the economic system that have been taking place for the last forty or fifty years.”

For precious metal investor, Morgan said, “I’ve always advocated that to start a metals portfolio, you start with the real metal first which is best served by coins, not bars. Unless you are very wealthy, it’s better to have small units.”