Joyce is in Newfoundland and Labrador about 20km from the town of Scheffervillle, Quebec, a DSO mining centre. With reserves of 17.2 million/t of 59.7%Fe the mine life will be seven years with production mostly at the industry standard 62%Fe.

Century plans to mine higher grade in the first five years to take advantage of selling lump and fines products in a favourable price environment and potentially taking advantage of futures market contracts for up to four years.Â  As a fast-to-production mine project Joyce is strongly differentiated from traditional iron ore mines that can take five or more years to reach full production.

The mine will be a simple open pit followed by crushing to lump and fines, trucked over a new 43km gravel road to an existing rail link which connects to a Sept-Iles, port. The Project will ship into the global seaborne market which is driven almost exclusively by China demand.

With over C$40 million spent to date, Joyce reserves are fully defined, a 2015 feasibility is in place and an Environmental Impact Study is ready to submit to Governments, together with a planned timely 30 month schedule to full production; set to capture the iron ore price up-swing cycle currently underway.

Iron ore has been the best performing metal commodity in 2020 trading at a price level the market has not seen for almost 10 years. The capped global mine supply and strong Chinese demand has built tremendous market momentum, recently driving prices close to US$180/tonne (62% Fe CFR China).

After a five year price pull-back, over-shadowed by excessive major new mine projects coming on stream, China’s increasing demand has absorbed the new supply and once again the market outlook is very positive for a sustained price up-cycle, with few major new mines expected over the next five years.

To finance the next phase of development, Century has planned a spin-out for the Joyce Iron ore project as a stand-alone listed company while pursuing phases of financing to advance the project to a production decision within 12 months and full production after a further 18 months.

The company chose the Australian Stock Exchange to list the new spinout company given its quality and liquidity, particularly in the iron ore sector. As such, it has signed a mandate with Empire Capital Partners, a Perth-based corporate advisory and investment bank to execute the spinout.

The mandate authorizes Empire to identify a pre-IPO (initial public offering) investor or group of investors to raise initial seed funding in a special purpose vehicle holding 100% of the Joyce Project. After the pre-IPO financing, Empire is then mandated to be the lead manager of the IPO transaction on the ASX. 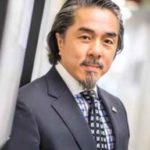