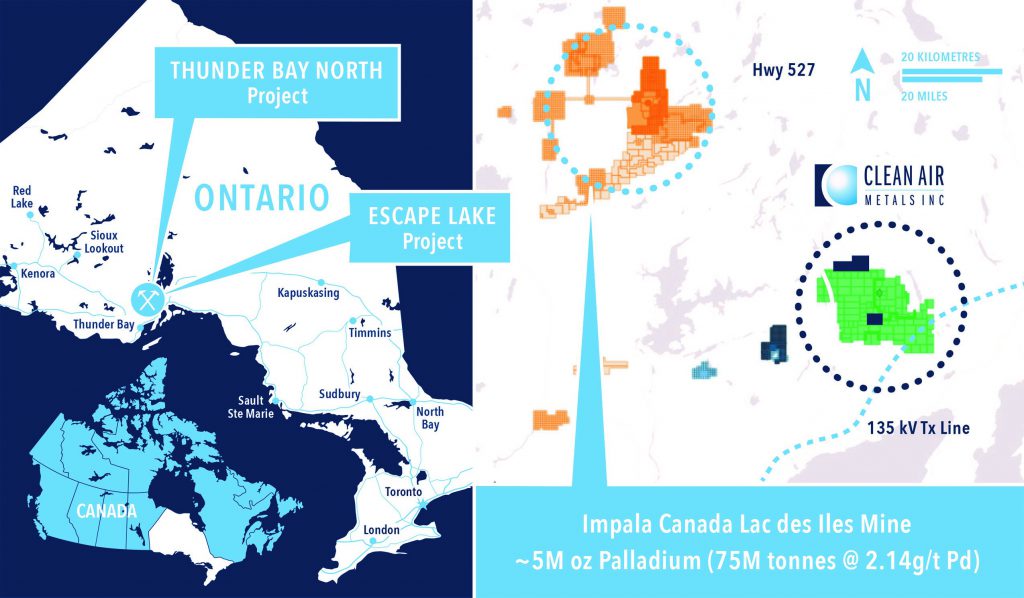 The development of the now-consolidated Thunder Bay North and Escape Lake projects provides the company with exposure to both PGE-rich catalytic converter applications utilized by internal combustion engines as well as nickel and copper applications for electric vehicles.

These metals will see increasing demand as there is a global shift to lower automobile emissions from internal combustion engines as well as a growing acceptance of electric vehicles as range anxiety diminishes with more advanced battery technology. 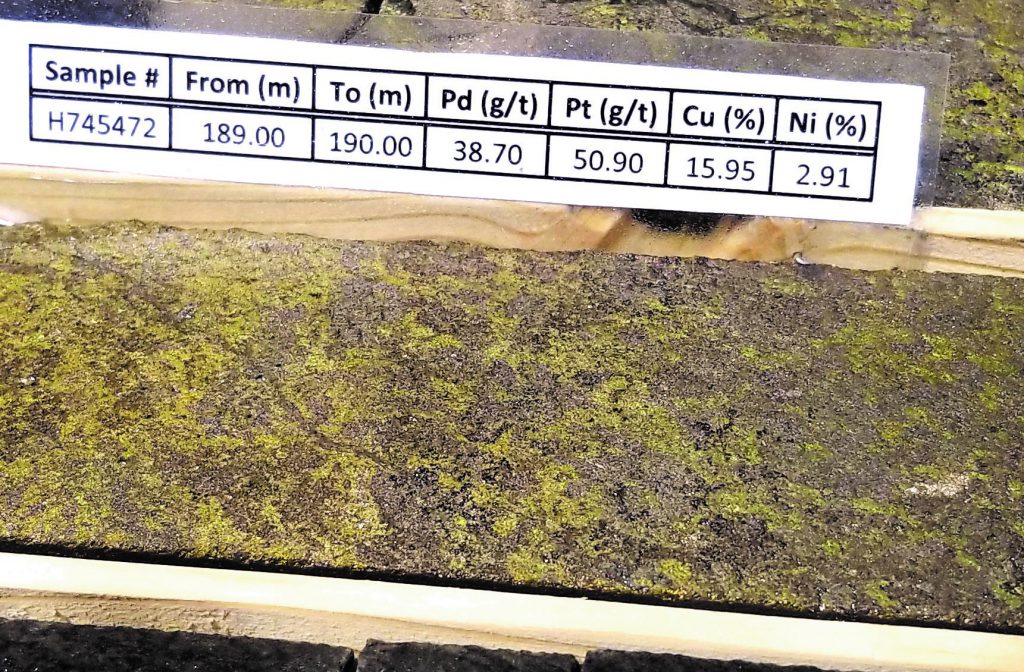 Historically, nearly C$100 million has been spent to acquire the two projects. However, Clean Air was able to acquire both assets for C$15 million in cash with half on closing for both assets and the balance to be paid to Vendors Panoramic Resources of Australia and Rio Tinto under option with Benton Resources in equal installments over three years. It was Steve Stares and his team at Benton that put the current deal together.

In conjunction with the acquisition of Thunder Bay North and Escape Lake, the company also closed a concurrent $15 million sub-receipt financing in February 2020 which included a $2 million investment by legendary mining investor/financier Eric Sprott. The company is now completing its reverse takeover of Regency Gold and hopes to be listed and trading on the TSX Venture Exchange with the ticker symbol AIR in the near future. Upon trading, Clean Air Metals will have 125.08 million shares outstanding.

Over 780 holes have been drilled on the Thunder Bay North property that formed the basis for a historical Indicated Mineral Resource totaling 9.8 million tonnes grading 2.3 g/t platinum equivalent. This deposit also features significant high-grade massive sulphides. For example, past intersections have been encountered that included massive sulphide intercepts of 2.6 metres grading 97.98 g/t Pd+Pt+Au and 14.9% Cu+Ni.

These strikingly high grades are the result of what are known as magma conduit systems that are being mined at the Norilsk and Talnakh deposits in Russia, the Eagle deposit in Michigan and Voisey’s Bay, Labrador.

Veteran explorer Abraham Drost, who also joined the Clean Air management team, notes, “We are fortunate to have a number of employees and consultants who cut their professional teeth at Voisey’s Bay, including Dawn Evans-Lamswood, Clean Air’s VP-Exploration, who was with the project in the early days of Archean Resources, at the sale to Diamond Fields and ultimately to Inco, now Vale. Rio Tinto made a significant discovery at Escape Lake in 2011/12 when they encountered multiple high-grade intercepts up to 33.4 metres at 7.28 g/t Pt+Pd+Au and 2.26% Cu+Ni in the Escape Lake intrusion. This discovery will be the focus of the company’s initial Phase One drill campaign of 10,000 metres.”

Referring to the pending drill program, Drost said, “This multi-phase drill campaign should allow Clean Air Metals to better define the Escape Lake discovery and mineralized magma conduit to the northwest, towards completion of an NI 43-101 compliant resource which we are targeting to complete in the next 12-18 months.”

With the acquisition of two outstanding PGE-Ni-Cu projects whose metals are in demand that are located in a mine-friendly jurisdiction, Clean Air Metals is poised to prosper.