Under an option agreement with Teck Resources Limited [TECK.B-TSX; TECK.A-TSX; TECK-NYSE], Dynasty can earn up to a 100% interest in the Thundercloud gold property located in the central Wabigoon greenstone belt of northwestern Ontario. The project is situated in the vicinity of several large-scale mining operations, including New Gold Inc.’s [NGD-TSX, NYSE American] Rainy River Mine, and Evolution Mining Ltd.’s [EVN-ASX] Red Lake Gold mine. 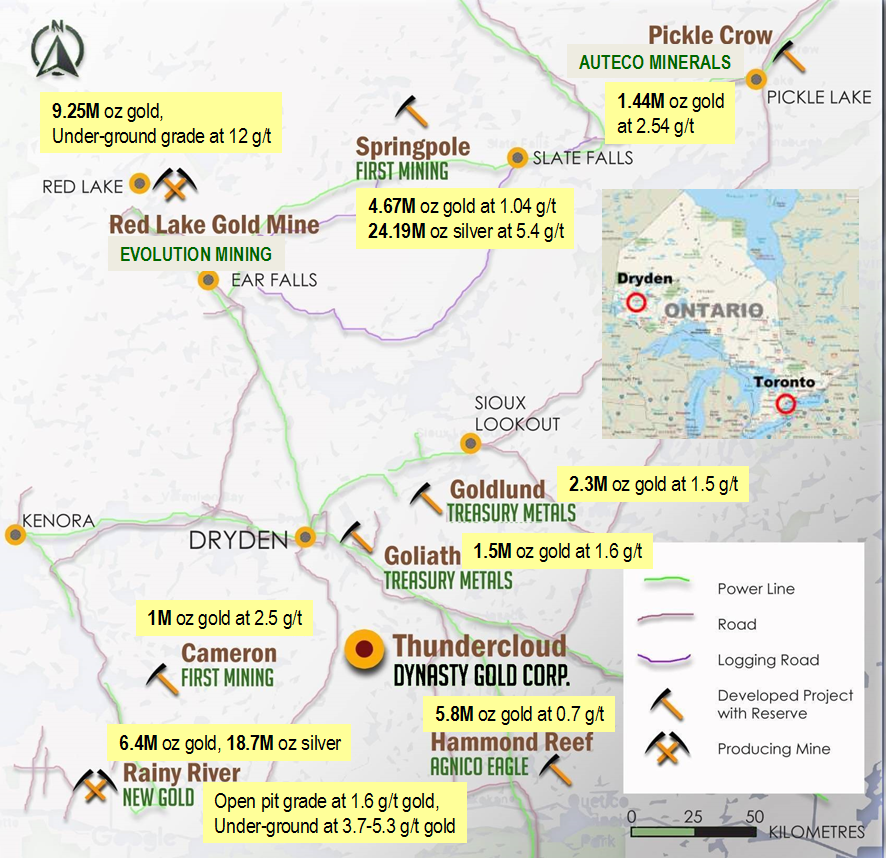 Four hundred metres south of the Pelham Zone, trenching in the West Contact Zone returned 8.02 g/t gold over 39 metres, including 89.4 g/t gold over 3 metres. The mineralized strike length has been extended to 69 metres by Dynasty’s 2018 field work.

This and other areas of the property have seen little drilling. Dynasty can earn an initial interest in the 2,250-hectare project by spending $6 million and issuing 1.0 million common shares to Teck.Â  Teck has a back-in right to earn back a 65% interest by spending $15 million.

“It is an exciting project with high-grade targets as well as bulk tonnage potential,” said Larry Kornze, Dynasty’s vice-president, exploration. Before joining Dynasty, Kornze played a key role in a Nevada gold discovery that was a foundation stone for the success of Barrick Gold Corp. [ABX-TSX; GOLD-NYSE].

Optimism is based on the fact that Fladgate Exploration Consulting was contracted in 2011 to create a 3D resource model based on drill data from an area called the Pelham Zone. The model indicated an estimated potential of 300,000 ounces with a head grade of 1.6 g/t gold, using a 0.5 g/t cut-off (5.56 million tonnes at 1.6 g/t gold).

An exploration permit application was recently granted by the Ontario Ministry of Energy, Northern Development and Mines. This will allow Dynasty to complete work needed to bring the earlier resource estimate into compliance with NI 43-101 standards of disclosure.

Fladgate was commissioned last July to compile a resource estimate report based on the historic drill data which will be used to guide the next drill campaign.

In northwest Elko County, Nevada, Dynasty holds a 100% interest in the Golden Repeat Project, which consists of 49 contiguous mining claims covering 392 hectares. Golden Repeat lies on the north flank of the Midas Trough, along the Carlin Trend, which ranks as a significant ore controlling structural corridor in Nevada, with open mineralization at many points.

The geology underlying Golden Repeat is similar to that of Newmont Corp.’s [NGT-TSX; NEM-NYSE] Midas Mine (formerly Ken Synder Mine) located just 10 miles to the east. Subsequently, the mine was acquired by Hecla Mining, and hosts over 4.0 million ounces of gold. 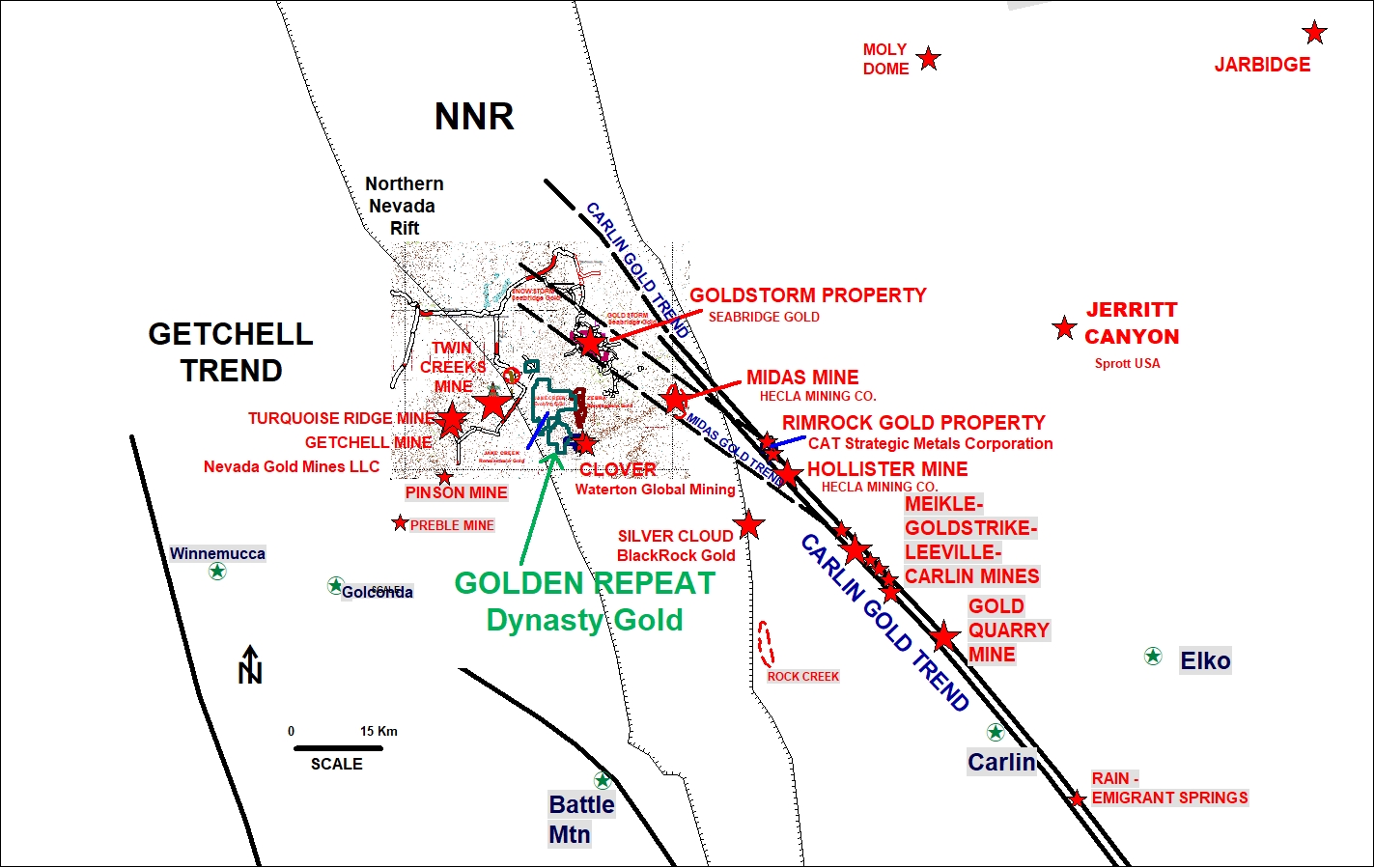 A three-year drill permit has been approved by the Bureau of Land Management in Nevada for the Golden Repeat. The company may drill it alone or seek a joint venture partner to develop it.

In China, a legal dispute over a large gold mine in Xinjiang Province has raised the profile of Dynasty Gold, putting the junior and its CEO Ivy Chong on the radar screens of investors seeking undervalued situations in the resource sector.

In an interview with Canada’s national newspaper, The Globe and Mail, Chong said that the Chinese partner, a state-owned company in Xinjiang China has denied Dynasty’s rights and interests in the Hatu Qi2 gold mine estimated to contain a NI 43-101 compliant resource of 536,000 ounces gold. As per The Globe and Mail‘s article titled “Canadian Firms Operate in China’s Xinjiang Region,” published on January 18, 2021, the resource was estimated to be “worth around US$1-billion at current prices.” 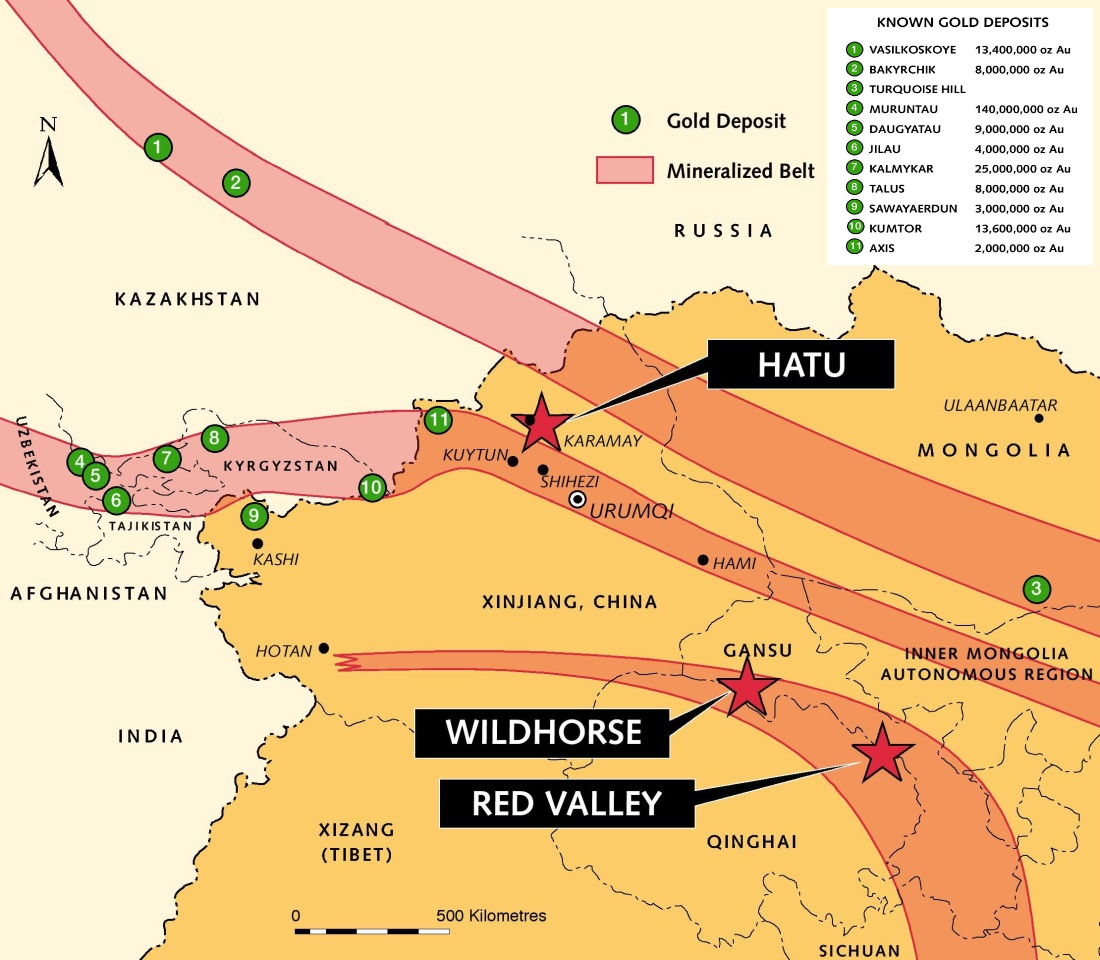 Dynasty has invested US$12 million in the Hatu Qi2 gold mine, and held 70% interest in the mine. Western Region Gold Co. Ltd., a unit of Chinese state-owned Xinjiang Nonferrous Metal Industry Group Co. Ltd. (XNF), held the remaining 30%.

In 2016, Western Region Gold Co. Ltd. listed the Hatu Qi2 gold mine in an initial public offering (“IPO”) on the Shanghai Stock Exchange without Dynasty’s consent. Dynasty’s 70% interest in the gold mine was not acknowledged in the prospectus, nor did Dynasty receive any proceeds from the IPO. Also, Dynasty did not share any revenue or profit from the production at the mine.

In 2016, Dynasty initiated legal action against Western Region Gold and its parent company XNF seeking compensation or restoration of the joint venture in the Xinjiang high court. However, the court in Xinjiang did not recognize the gold resource estimate compiled by independent geological consultant, SRK Canada, on the basis that it was written by a foreign company, and therefore was not in accordance with Chinese standards.

The state-owned company argued that since there was no Chinese mineable reserve, Chinese parties had no obligation to form a mining joint venture with Dynasty. Still, Dynasty can elect to resolve the dispute outside China through means available to the company in an international venue. The hope is that any financial settlement could be used to fund other assets in the junior’s portfolio, or be distributed to shareholders by way of a dividend.

“This is a very undervalued company. I don’t think there is anyone else out there with anything close to what we have at ~$4M market cap,” said Chong during an interview with Resource World.Â  Any good news would likely have a positive impact on the company’s shares which traded at 21 cents on April 5, 2021 in a 52-week range of 35 cents and $0.04, leaving the junior with a market cap of $4 million, based on 29 million shares outstanding. Dynasty Gold has no debt.