TheÂ Iberian Pyrite BeltÂ is a vast geographical area that is one of the world’s great regions hosting metallic mineral deposits where over 2,000 million tonnes of ore has been extracted. The belt stretches along much of the south of theÂ Iberian Peninsula, fromÂ PortugalÂ and intoÂ Spain. It is about 250Â km long and 30-50Â km wide, running northwest to southeast fromÂ AlcÃ¡cer do Sal, Portugal, toÂ Seville, Spain.

The Iberian Pyrite Belt was formed 350 million years ago in the DevonianÂ Period, connected to active and hydrothermalÂ volcanism that led to the formation of a volcanic-sedimentary complex. Volcanic activity in the region led to eight giant volcanogenic massive sulphide ore depositsÂ (VMS) associated with polymetallic massive flanks of volcanic cones in the form of pyrite, chalcopyrite (copper), sphalerite (zinc), galena (lead) and cassiterite (tin). Over 250 deposits are known in the belt.

Mining has been taking place in the belt for centuries. From the eighth century BC, there was mining in the area but it was the RomansÂ who exploited the mines on a larger scale. The southern area of Luistania, a Roman provinceÂ for several centuries, was an important source of gold, silver, copper, tin, lead and iron.

Mining production in Spain decreased 15.10% in January of 2021 over the same month in the previous year, no doubt partially due to the COVID-19 pandemic protocols, making this number not typical as Spanish mine production has not been consistent.

Similar to Spain, mining production in Portugal decreased 15.20% in January of 2021 over the same month in the previous year.

One-half of the Iberian Pyrite Belt is in Portugal, where VMS deposits such as the Neves-Corvo deposit is being mined by Lundin Mining Corp. [LUN-TSX; LUMIF-OTCQX].

The country has been the largest producer of mined copper in the EU, and beryl, dimension stone, ferroalloys, tin, and tungsten were also of international importance.

Even after thousands of years of mining activity, the rich and prolific Iberian Pyrite Belt remains one of the best jurisdictions for mining in the world. 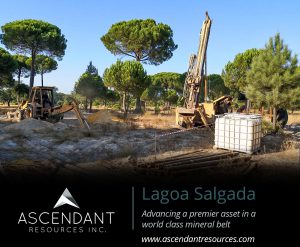 The Iberian Pyrite Belt is host to some of the world’s largest VMS deposits and mines such as Neves-Corvo (Lundin Mining Corp. [LUN-TSX; LUMI-Sweden]), Aguas Tenidas (Trafigura Mining Group) and Aljustrel (private). It represents the largest concentration of massive sulphide deposits in the world, forming an arch through Portugal, and Spain about 240 kilometres long and 35 kilometres wide.

In June 2018 Ascendant entered an agreement with TH Crestgate GmbH to acquire an initial 25% interest in its Portuguese subsidiary Redcorp – Empreendimentos Mineiros, Lda (Redcorp), which holds an 85% interest in the polymetallic Lagoa Salgada volcanogenic massive sulphide (VMS) Project, as well as an option to earn up to an 80% interest in Redcorp upon completion of certain milestones. 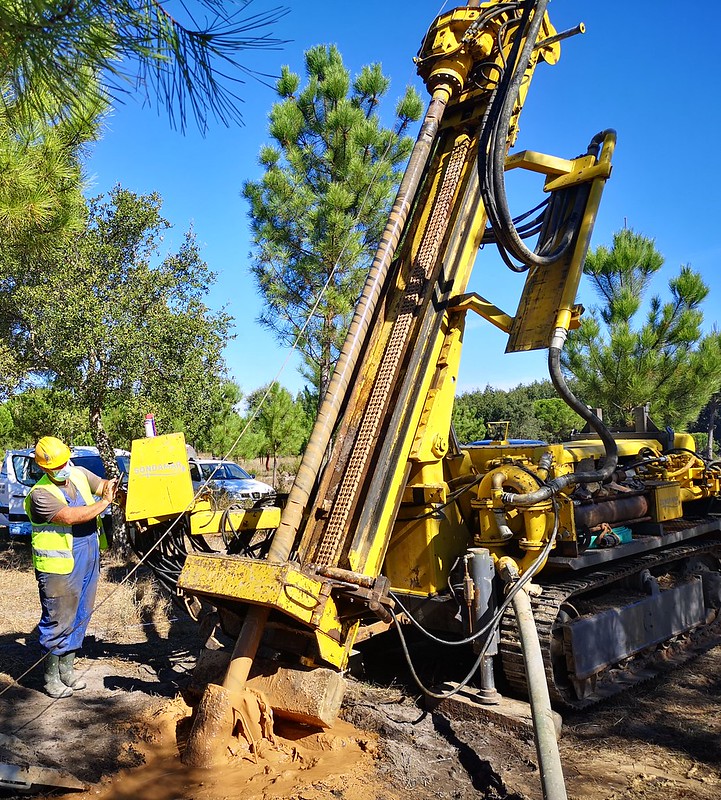 Ascendant was quick to complete a PEA to confirm the validity of the project. According to a preliminary economic assessment (PEA) announced in January, 2020, 10.3 million tonnes of measured and indicated material grading 9.1% ZnEQ and 2.5 million tonnes grading 5.9% ZnEq of Inferred Resources in the North Zone, material that could support a highly profitable mining project with low cash costs.

The PEA envisaged a nine-year mine life with a production scenario of 2,700 tonnes per day. The initial capital expenditure was pegged at $162.7 million, with an estimated pay-back period of four years. 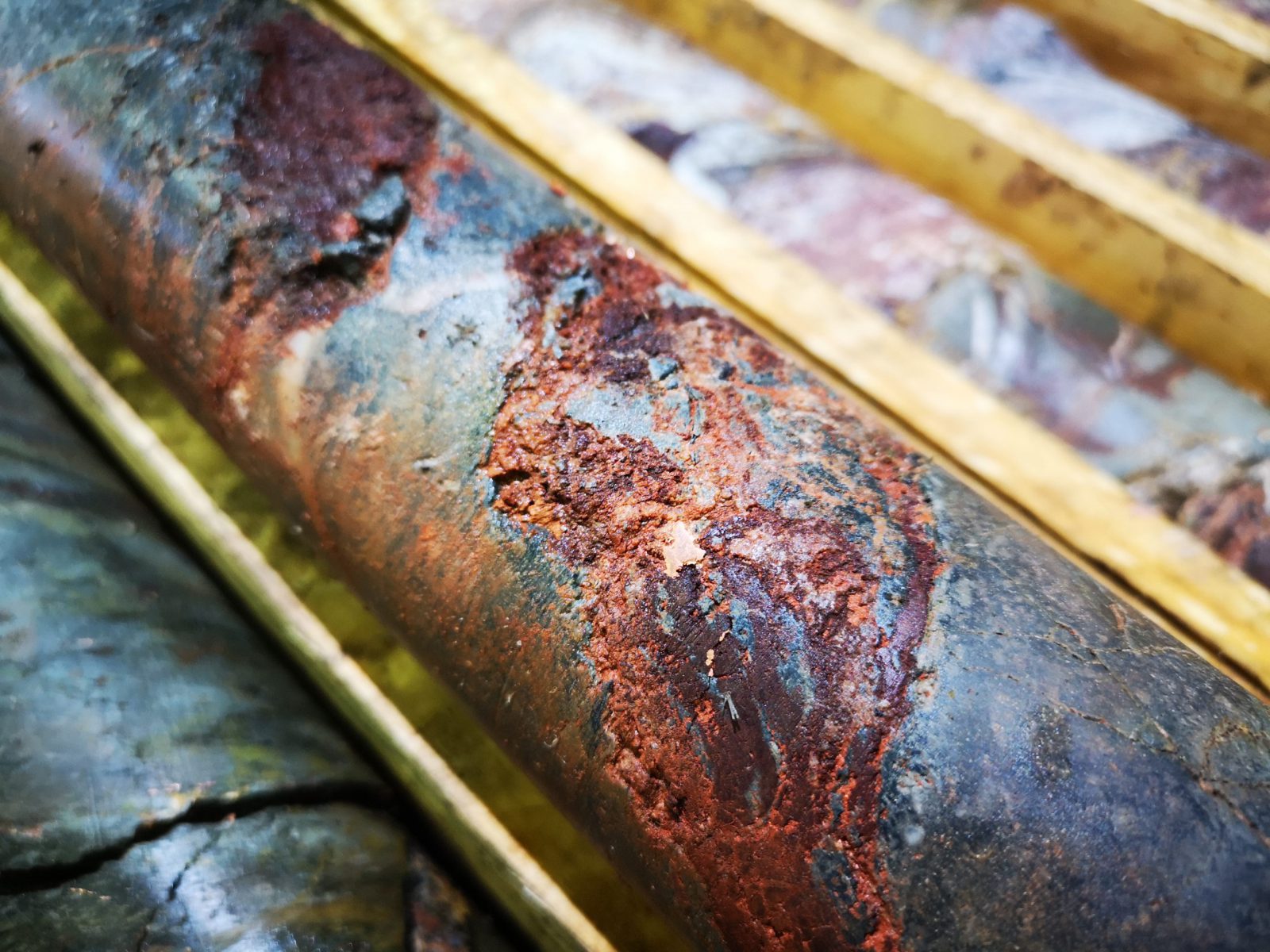 Ascendant recently announced an updated mineral resource estimate for the copper-rich South Zone. Indicated Resources in the South Zone stand at 4.4 million tonnes at a 1.51% copper equivalent. On top of that is an Inferred Resource of 7.7 million tonnes at 1.41% copper equivalent. The drill program primarily focused on step-out drilling to increase the resources along strike and resulted in an increase of Measured and Indicated Resources by 79% and Inferred Resources by 26% on the copper stockwork South Zone.

The deposit remains open to the north and south and on strike and at depth. 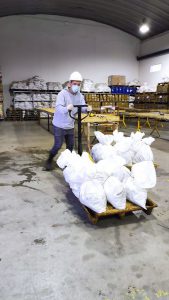 Ascendant is conducting a Phase 2 program consisting of 1,400 metres of drilling and downhole IP surveys in a bid to significantly increase and upgrade copper resources in the South Zone. It said the South Zone has an estimated geological strike length of 1.7 kilometres. To date, only 900 metres of this strike length has been tested.

Ascendant has recently begun PFS stage metallurgical testwork to confirm that it can achieve standard average recoveries achieved by other producers on the IBP as well as produce economically saleable concentrates.

Once metallurgical testing is complete, Ascendant will undertake a new NI 43-101 Preliminary Economic Assessment that is anticipated to combine the resources of the North and the South Zones. The consequences of this will be a significantly larger resource base with the capacity to increase the scale of the production and extend the mine life.

Combined with enhanced recoveries from the blended ore of the North and South Zones, Ascendant expects significantly more robust economics from the new PEA than was achieved in the previous PEA completed in January 2020.

The company believes there is a great disconnect between their market value and the robust economic value at Lagoa Salgada. Ascendant shares were trading at 16 cents on April 20, 2020, in a 52-week range of 26 cents and $0.08, leaving the company with a market cap of $15.07 million, based on 94.2 million shares outstanding.