A Tanzanian mining entrepreneur was rewarded with $3.35 million after miners at his operation in the east African country discovered the two largest tanzanite gemstones ever recorded.

Tanzania is the only place in the world where tanzanite is found. Geologically known as blue-violet zoisite, Tiffany & Co. named the crystal tanzanite, believing that name was more consumer friendly.

The two dark violet-blue gemstones, each about 30cm long and 10cm thick, were discovered by miners employed by Saniniu Laizer in a mine in the north of the country.

â€œThere will be a big party tomorrow,â€ Laizer, from Simanjiro district in Manyara,Â told the BBC.

â€œI want to build a shopping mall and a school. I want to build this school near my home. There are many poor people around here who canâ€™t afford to take their children to school,â€ he said.

Laizer runs a substantial mining operation with over 200 employees. He was not present when the record-breaking find was made.

The first gemstone weighed 9.27 kg and the second 5.103 kg, a mines ministry spokesperson said. Both gemstones found last week, however, the discovery only became known when Laizer sold them to the government on June 24. He said that 10% of the earnings from the sale of the stones will be distributed among the workers.

The president reportedly ordered officials to buy the two gemstones and place them in the national museum in the commercial capital, Dar es Salaam.

Tanzanite is found only in a small northern region (approximately 7Â km long and 2Â km wide) near theÂ MereraniÂ Hills. It was first identified in 1967. The gemstone is noted for its remarkably strongÂ trichroism, meaning that it appears alternately blue, violet and burgundy depending onÂ crystalÂ orientation. The biggest previous tanzanite find was 3.38-kg stone found by a mining company in 2005. 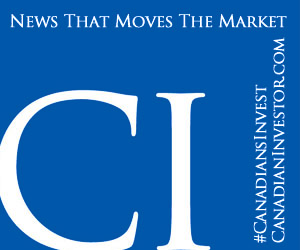