The world’s problems are driving investors to precious metals 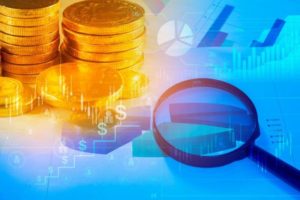 The above headline sums up the consensus among the various speakers at the Money, Metals & Mining Symposium held at the Pan Pacific Hotel in Vancouver on July 17. Mike Larson, editor of the Safe Money Report, led off the list of speakers with his talk on “The case for gold in an era of monetary chaos”. He explained that gold is a hedge against economic failure and monetary policy chaos. It is this failure and chaos that is currently driving the price of gold higher. These are not issues just for the United States, he said, but for the entire world.

“Monetary authorities around the world are pulling in different directions making for a global money war that nobody is winning,” he said. “There has been over $12 trillion in global quantitative easing and 650+ interest rate cuts. Despite all this intervention targeted at the underlying economies, there is very little to show for it in terms of stimulating economic growth. Now we have the side effect of bubbles popping up in various asset classes.”

Larson believes that this points to a rising risk of recession in the United States, leading investors to seek safe havens such as gold, especially considering that the mainstream stock market has “gone nowhere” since 2014. “Coming from a monetary standpoint, gold is the perfect hedge against this ‘everything bubble’ fallout and what I call ‘quantitative failure,’” he said.

Gwen Preston, publisher of the newsletter Resource Maven, concurred with Larson and noted the many reasons why investors are being driven to gold, that is, negative real interest rates, over-valued and now risky US stocks, as well as broad economic and political uncertainty. She explained that with the renewed interest in gold and gold stocks, this momentum feeds on itself, propelling gold and gold stocks higher.

In addition to precious metals themselves, Preston likes mid-tier gold producers. She also thinks some industrial metals such as copper, zinc and uranium will have their turn with higher prices.

Eric Coffin, publisher of the Hard Rock Analyst, said that in any bull market it’s normal to expect a few corrections along the way but don’t let that scare you as he is anticipating a five-year bull market in precious metals and mining stocks, in particular, development-stage mining stocks.

Peter Schiff, CEO of Euro Pacific Capital, is of the view that the US economy is in trouble and its monetary policy doesn’t work, remarking that there is no way the US can pay off its multi-trillion dollar debt. “The US can’t afford higher interest rates and there is a dollar crisis coming; it will crash,” he said. “Printing money is worse than defaulting on loans. The 2008 recession will look like a Sunday school picnic,” he warned. Indeed, he thinks the global financial system is a “house of cards” and is concerned that a recession is on its way.

If you are interested in Schiff’s perspectives, he has written an excellent book entitled The Real Crash where he goes into great (and scary) details.

Popular speaker Rick Rule, President and CEO of Sprott US Holdings, Inc., has been advising investors for some time that when the mining stock recovery takes place “it will be explosive” and that is just what has happened. However, it’s not over. “We are in the beginning of a bull market,” he said. Besides the higher prices for precious metals and precious metal stocks, the bull market will eventually extend to industrial mineral commodities as a number of them cost more to produce than their current selling prices. These would include copper, oil and natural gas, potash and uranium.

Rule surprised the audience when he warned that the greatest fear that investors should have is themselves; that is, how they pick stocks and when to buy and sell. As far as mineral projects go, he likes big projects with long lives – “size matters”.  He also targets companies with proven management.

In his presentation, Brien Lundin, host of the famous New Orleans Investment Conference, said there is still “lots of headroom” for gold to rise in value. He noted that the commodity cycle is now at the bottom and starting to head higher. “The bull market in precious metals sets the stage for other commodities [to do well],” he said. In addition, the zero interest rate policy (ZIRP) and the negative interest rate policy (NIRP) is a gold driver. He doesn’t have much faith in the world’s fiat currencies and expects further economic weakness will propel gold and silver up.