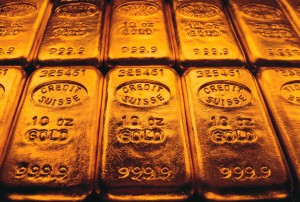 It wasn’t exactly a stellar year for gold. But that didn’t stop some high profile gold companies from making big headlines in 2018. Below are some developments to watch for as 2019 begins to unfold.

RNC Minerals Corp. [RNX-TSX] emerged on investor radar screens in when it announced in September 2018 the discovery of the Father’s Day Vein, a new high-grade discovery area at the Beta Hunt Mine in Australia. The company said it had found a 95-kilogram specimen of rock containing 2,400 ounces of gold worth an estimated $4 million, and another 65-kilogram specimen with an estimated 1,600 ounces worth $2.6 million.

At the time of the announcement, RNC had been on the verge of selling the property.

On December 17, 2018, the company said it is raising $9 million from a bought deal and concurrent private placement financing priced at 46 cents per share. It said it intends to use the proceeds to fund exploration and development at Beta Hunt.

RNC has said it expects to provide an updated estimate of the total ounces recovered from the Father’s Day Vein once all processing by the Perth Mint on shipments sent to date has been completed and initial recovery estimates on recent shipments of course gold and specimen stones received.

Barrick Gold Corp. [ABX-TSX, NYSE] has entered a new phase after recently consolidating its position as the world’s leading gold producer by agreeing to merge with Randgold Resources Ltd. [GOLD-NASDAQ, LSE] in a deal worth $18.3 billion. A Globe and Mail report says the merger has left Barrick with a hollowed-out head office, almost no Canadian representation on the board and few Canadians in top management. It said the development reflects a broader downsizing of Toronto as a mining capital, with fewer global players headquartered in the city and dramatically less mining capital being raised on the Toronto Stock Exchange.

Barrick is expecting to produce 4.5 million to 5 million ounces of gold in 2018, potentially rising to 6 million ounces this year, a move that would put Barrick ahead of Newmont Mining Corp. [NEM-NYSE], currently the world’s leading gold producer.

Franco-Nevada Corp. [FNV-TSX, NYSE] has disclosed that the Canada Revenue Agency is currently conducting an audit of the company’s 2012, 2013 and 2014 taxation years. “While we do not expect a material outcome from this audit, we suspect it could potentially be a precursor to an audit of subsequent years,” said RBC Capital Markets in a report. “Based on our work on the potential impact of changes to the Canadian tax structure to disallow offshore streaming structures, we estimate any potential current and future tax impact could be roughly 5% of our NAV,” RBC said.

Franco Nevada has an extensive royalty and streaming portfolio of 376 assets, including 50 producing mineral royalties/streams and 57 producing oil and gas assets. Franco Nevada is expecting to report 440,000 to 470,000 gold equivalent ounces in 2018 increasing to 565,000 to 595,000 ounces by 2022. The increase is expected to be driven by the ramp up of the Cobre Panama copper-gold-silver porphyry gold mine in Panama. Franco-Nevada agreed to add a new precious metals stream which increases its coverage to 100% of the ownership of the Cobre Panama Project. As a result it has two precious metal streams with slightly different terms, including:

A fixed ongoing payment stream, which applies to First Quantum Minerals Ltd.’s [FM-TSX] original 80% interest in the Cobre Panama Project, has been in place since 2015.

Under the fixed ongoing payment stream, Franco-Nevada agreed to provide a maximum of $1 billion pro-rated towards First Quantum’s share of the capital costs.

Outlook for Gold: A report by UBS Ltd. said gold started the year on a positive tone, having recovered most of the losses suffered in the second half of 2018. It said prices are up around 10% from the lows reached in August 2018. On Friday January 4 gold was trading at US$1,283.76 an ounce. UBS said concerns about growth, lingering weakness in equities, a pause in the US dollar’s strength, and lower real rates diverted a reasonable amount of attention to gold in recent months.  “Interest appears to be broad-based and investors are warming up towards gold as it reasserts its role as a safe haven,” UBS said.