These drill results highlight continuity of high-grade silver mineralized zones in a 100 m step out from a previously released section of drill hole results at the San Juan Area (Figure 1). These latest results define a mineralized strike length for the the low sulphidation epithermal system of up to 1,000 m (see News Release dated July 7, 2020). This news release features results from 17 diamond core holes drilled by previous companies and not previously released. The cross section containing these results establishes a high-grade continuous zone of Ag-rich polymetallic breccia, along a shallow dipping fault for approximately 400 m down dip. In addition, the drill results continue to confirm silver-gold mineralized zones hosted by multiple high angle faults (link to cross section).

The results of the 17 drill holes indicate the possible extension of the San Juan-La Colorada Area towards the San Francisco Area to the south, supporting the presence of a much larger low sulphidation epithermal Ag-Au rich system (Figure 2).

The mineralized veins and hydthermal breccias appear to be proximal to each other in subparallel structures, a feature typical of low sulphidation epithermal systems. The concentration of multiple veins, in combination with increased continuity along strike and down-dip, represents an attractive target for future resource delineation.

GR Silver Mining President and CEO, Marcio Fonseca, commented, “The Company has prioritized the validation of the drill holes at the San Juan-La Colorada Area, focusing on expansion of mineralization along strike and down-dip. These latest results confirm high-grade mineralization extending to the S towards the San Francisco Area, suggesting potential to outline a large low sulphidation epithermal system with at least a 1000 m strike length”.

The Company is advancing the rehabilitation of the historical San Juan underground workings, while continuing with geological and structural mapping/sampling. An improved understanding of the mineralized systems, which consists of a set of multiple structures hosting high-grade Ag-Au mineralization, has resulted in the definition of new drill targets. Detailed mapping by GR Silver Mining has identified down plunge extensions of previously released high-grade silver intercepts in polymetallic hydrothermal breccia (see news release dated April 2, 2020). In the lower levels of the historically developed San Juan workings, massive argentite, galena and sphalerite zones have been mapped similar to the previously released high-grade silver zones which included results such as 0.4 m at 4,698 g/t Ag and 0.2 m at 6,128 g/t Ag. 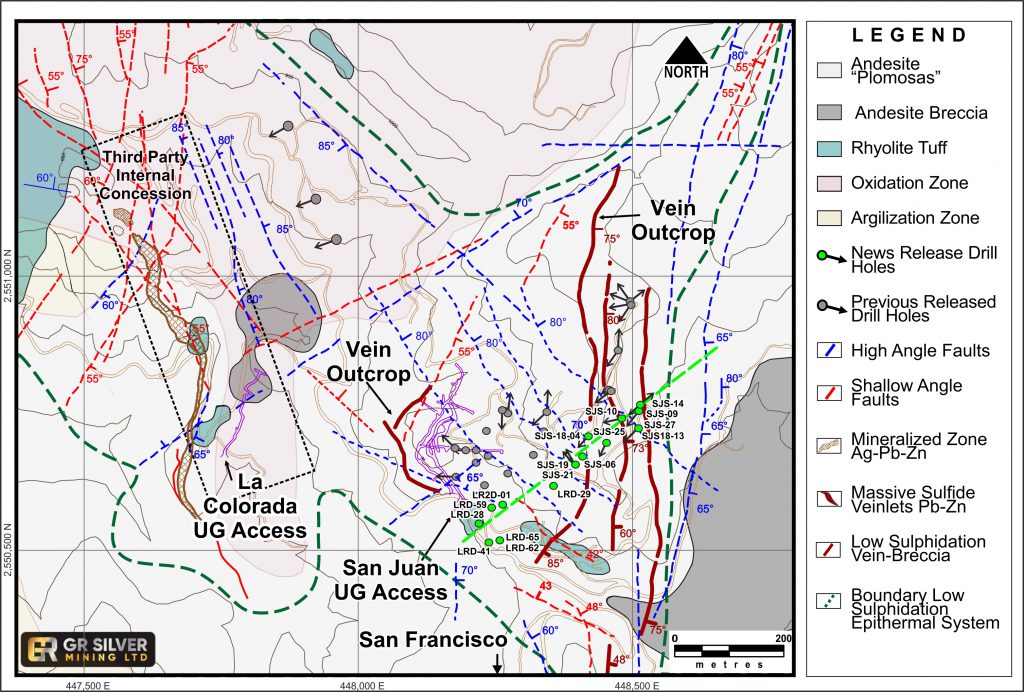 Table 1 summarizes the most significant drill assay results for this set of 17 drill holes released for the San Juan-La Colorada Area.

The 17 drill holes in this news release were generated by a core drilling campaign completed by First Majestic Silver Corp. (“First Majestic”) in 2018 (SJS18-04 and -13), and historical drill holes completed by Grupo Mexico. Neither of the drill sets were previously released. They are part of an extensive surface and underground diamond core drilling database, which GR Silver Mining continues to consolidate and validate.

All numbers are rounded. NS – Core not assayed by First Majestic

All numbers are rounded.

The Company believes that the San Juan-La Colorada Area is similar to the Plomosas Mine Area, consisting of Ag mineralization hosted in polymetallic hydrothermal breccias and steep angle Ag-Au rich low sulphidation epithermal veins, commonly displaying argentite, galena and sphalerite that can be observed in the drill core .

The scientific and technical data contained in this News Release related to the Plomosas Project was reviewed and/or prepared under the supervision of Marcio Fonseca, P.Geo. He has approved the disclosure herein.

The recent drill holes completed by First Majestic from 2016 to 2018, followed QA/QC protocols reviewed and validated by GR Silver Mining, including insertion of blank and standard samples in all sample lots sent to First Majestic’s Laboratorio Central facilities in La Parilla, Durango, for sample preparation and assaying. Additional validation and check assays were performed by an independent laboratory at SGS de México, S.A. de C.V. facilities in Durango, Mexico. The analytical methods applied for these recent holes for Ag and Au assays comprised of Fire Assay with Atomic Absorption finish for samples above Au >10ppm and Ag >300ppm and Gravimetric Finish. Pb and Zn were analyzed using Inductively Coupled Plasma Optical Emission Spectrometry. GR Silver Mining has not received information related to the Grupo Mexico QA/QC and assay protocols and at this stage is considering the information historic for news release purposes.

GR Silver Mining Ltd. is a Mexico-focused company engaged in cost-effective silver-gold resource expansion on its key assets which lie on the eastern edge of the Rosario Mining District, Sinaloa, Mexico.

GR Silver Mining owns 100% of the Plomosas Silver Project located near the historic mining village of La Rastra, within the Rosario Mining District. The Project is a past-producing asset where only one mine, the Plomosas silver-gold-lead-zinc underground mine, operated from 1986 to 2001. The Project has an 8,515-hectare property position and is strategically located within 5 km of the San Marcial Silver Project in the southeast of Sinaloa State, Mexico. The Plomosas Project comprises six areas with an average of 100 surface and underground drill holes in each area, geophysical and geochemical data covering most of the concession, 16 new exploration targets from which 11 have high priority for future exploration programs.

The silver and gold mineralization on this Project display the alteration, textures, mineralogy and deposit geometry characteristics of a low sulphidation epithermal silver-gold-base metal vein/breccia mineralized system. Previous exploration was focused on Pb-Zn-Ag-Au polymetallic shallow mineralization, hosted in NW-SE structures in the vicinity of the Plomosas mine. The E-W portion of the mineralization and extensions for the main N-S Plomosas fault remains under-explored. The Plomosas Silver Project has more than 500 recent and historical drill holes in six areas – Plomosas Mine, San Juan, La Colorada, Yecora, San Francisco and El Saltito. These drill holes represent an extensive database allowing the Company to advance towards resource estimation and potential project development in the near future.

Plomosas and San Marcial collectively represent a geological setting resembling the multimillion-ounce San Dimas Mining District which has historically produced more than 600 Moz silver and 11 Moz gold over a period of more than 100 years.

GR Silver Mining’s other projects are situated in areas attractive for future discoveries and development in the same vicinity of Plomosas and San Marcial in the Rosario Mining District.

Solaris Resources drills 567 metres of 1% CuEq at Warintza; shares up

Solaris Resources drills 567 metres of 1% CuEq at Warintza; shares up