Once an almost obscure commodity, demand for natural graphite – the single largest component in lithium-ion batteries – is feeling the impact of the rapidly accelerating expansion of the electric vehicle and renewable energy sectors.

Nonetheless, broader demand still remains heavily aligned with the steel industry where graphite is used in heat resistant fire brick in blast furnaces, as a liner for ladles and crucibles, and as an agent to increase the carbon content of steel.

Graphite is one of only two naturally occurring forms of pure carbon, the other being diamonds which are a three dimensional crystal structure of carbon atoms whereas graphite is a “two dimensional” or flake structure.  However, both are strong, durable and resistant to heat and corrosion.

Both occur naturally and are produced in the earth via geothermal processes. They are normally solids, highly stable, and can be made artificially.

Over the near term, the major factors driving the growth in the graphite market are burgeoning demand from the lithium-ion (Li-ion) battery industry and the rise in steel production in Asia and the Middle East.

The World Bank forecasts that low-carbon energy technologies, primarily lithium-ion batteries, will require 4.5 million tonnes of graphite per year by 2050, a 500% increase over 2018 levels and a 318% increase over the total graphite produced in 2019. Alongside demand from energy storage applications, the battery industry is expected to become the largest sector of demand for the graphite supply chain.

China is the largest player globally in terms of consumption and production capacity for graphite. Of note, electrodes are made of synthetic graphite.

Demand for lithium-ion batteries in China is expected to grow rapidly owing to manufacturing growth in the electric vehicle sector and for on-grid and off-grid energy storage applications.

As one might expect, the primary driver for graphite demand today has been economic growth within China in addition to emerging economies including India. Prices rose from about US$700/tonne for large flake graphite to almost US$3,000/tonne in 2012, highlighting global dependence on China which accounts for 70-80% of world production

Graphite prices, which are a function of two factors, flake size and purity, pulled back following the COVID-19-based economic slowdown but appear set to rise again following the global economic recovery.

New applications such as lithium-ion batteries, fuel cells, and nuclear power have the potential to create significant incremental demand growth for graphite in the future. For example, it takes 20 to 30 times more graphite than lithium to make lithium-ion batteries; and demand is growing rapidly in consumer electronics, power tools, and electric vehicles. Growth will continue to rise with the increased use of hybrid and fully electric vehicles. In fact, each hybrid electric car uses about 22 pounds of graphite, while a fully electric auto uses about 110 pounds.

Market confidence has been boosted this year by continued demand recovery for graphite which has served to increase prices and reduce market uncertainty. The re-establishment of supply chains and a large number of government stimulus packages has also fueled market demand for EVs and higher price expectations.

Demand recovery has been underpinned by growth in the Chinese EV/battery sector but also by higher-than-expected crude steel production and refractory demand since the second half of last year. Many mine developers have started to progress projects downstream, with a particular focus on battery grades to take advantage of rising demand. In the meantime, prices for graphite and other refractory raw materials have risen as a result of Chinese environmental closures and logistical disruptions post-COVID-19, according to Roskill, a materials supply intelligence service consultancy.

The consultancy says that while flake prices showed initial signs of stabilizing in early March, suggesting an easing of some of the supply and logistical disruptions, market tightness may remain due to lags in supply ramp-up. Any battery-grade producers still off-line are now rushing to bring back production to meet the rapid demand increases predicted for 2021.

Demand for graphite has also been growing at over 20% per year due to the proliferation of cell phones, cameras, lap tops, power tools and other hand-held devices. Graphite is the anode material in the battery and there are no substitutes at the present time.  More recently, the growth in hybrid and all electric vehicles and grid storage have contributed to continued strong demand growth.

Lithium-ion battery demand already consumes 25% of graphite production from very little a few years ago and this market segment is still in its infancy. It is estimated that new manufacturing capacity will require annual flake graphite production to double over the next three years. 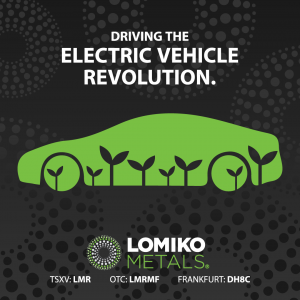 Lomiko Metals Inc. [LMR-TSXV; LMRMF-OTCQX; DH8B-FSE] is a Canadian exploration company that is engaged in the acquisition and development of resource properties containing minerals that will drive the new green economy.  Its key assets include a 100% interest in the La Loutre graphite property in Quebec and an option to acquire 70% interest in the Bourier lithium Project from Critical Elements.

In addition, Lomiko Metals owns a 20% interest in Promethieus Technologies Plc, a company that is focused on future tech investing and has applied for a listing on the Dutch Caribbean Securities Exchange Europe. Promethieus owns 80% of Graphene ESD Corp, which was established in the United States to commercialize low-cost graphene-based supercapacitor technology developed by New York-based Stony Brook University. Supercapacitors are promising energy storage devices that are used in transportation, industrial and grid energy storage. Promethieus is also an 18.5% holder of SHD Smart Home Devices Ltd. a developer of energy-saving products for homes.

Lomiko aims to capitalize on growing demand for electric vehicles, a key driver of investor interest in Lithium and Graphite, two of the major components of a lithium-ion battery. 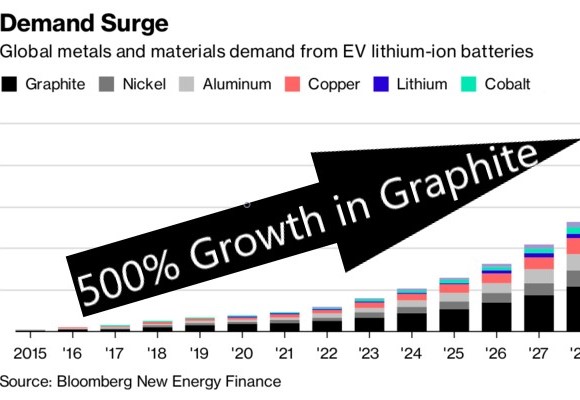 It hopes to achieve that aim by developing the La Loutre Property, which consists of one large block of 42 mineral claims covering 2,509 hectares. The property is located approximately 53 kilometres east of Imerys Graphite & Carbon’s graphite mine near Lac de Iles in southern Quebec. The Imerys mine is North America’s only operating graphite mine.

In February, 2016, Lomiko announced an indicated resource for the La Loutre property of 18.4 million tonnes of 3.19%  and an inferred resource of 16.7 million tonnes at 3.75% Flake Graphite. The Resource is calculated on the Graphene-Battery zone only and does not include recent high-grade intercepts of 28.5 metres of 16.5% graphitic carbon and 21.5 metres of 11.53% graphitic carbon reported in January, 2016 and 9% over 90.75 metres reported in September, 2015 from the Electric Vehicle zone. 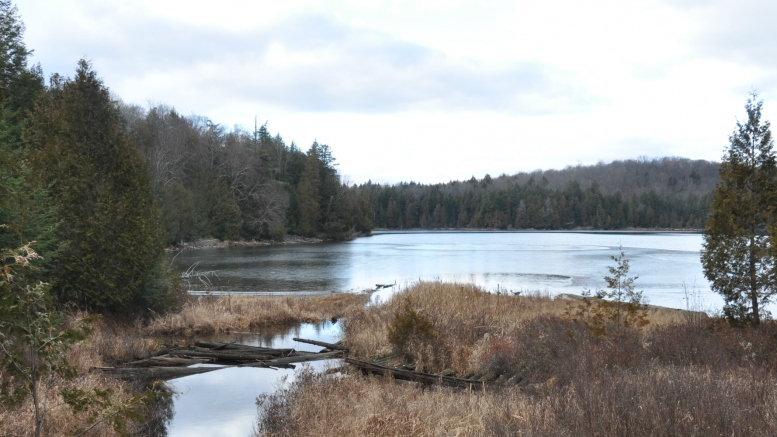 Based on the results of the 2016 mineral resource estimate, Lomiko was advised to advance the project to a preliminary economic assessment for the property. It is currently working towards a pre-economic assessment after being advised that some of the inferred resources on the Graphene-Battery Zone could be upgraded to the Indicated category through infill drilling.

One of Lomiko’s key goals is to become a supplier of value-added spherical graphite and graphite anodes to the electric vehicle market.

“We are at the beginning of an electric vehicle (EV) revolution that will launch a battery materials bull market,” said Lomiko CEO Paul Gill. “More than 100 lithium-ion mega-factories will produce lithium-ion batteries worldwide,’’ he said. “Lomiko sees an opportunity to supply graphite under a Canada-U.S. agreement on critical metals,” he said.

Readers should note that the price of 95% C (purity), 15-micron spherical graphite is US$2,700 to US$2,800 per tonne, far above the price of other forms of graphite. The World Bank has predicted that spherical graphite will increase by 500% by 2040 due to lithium-ion battery mega factories which will be built to supply electric vehicles. 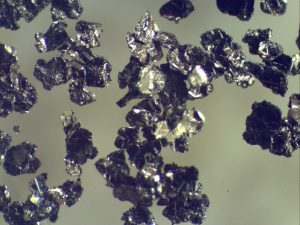 Graphite demand is expected to increase exponentially for natural graphite material as more is used in the production of spherical graphite for the graphite anodes of electric vehicle lithium batteries.

Lomiko has said it expects to benefit from U.S. President Joe Biden’s decision to invest $400 billion over the next 10 years as one part of a broad mobilization of public investment in clean energy and innovation. Those funds are expected to accelerate the deployment of clean technology throughout the U.S. with a target of reducing the carbon footprint of the U.S. building stock by 50% by 2035.

The newly-elected Biden administration will work with governors and mayors to support the deployment of more than 500,000 new public charging outlets by the end of 2030.

The company recently changed its name from Goldcore Resources to better reflect that strategic focus. 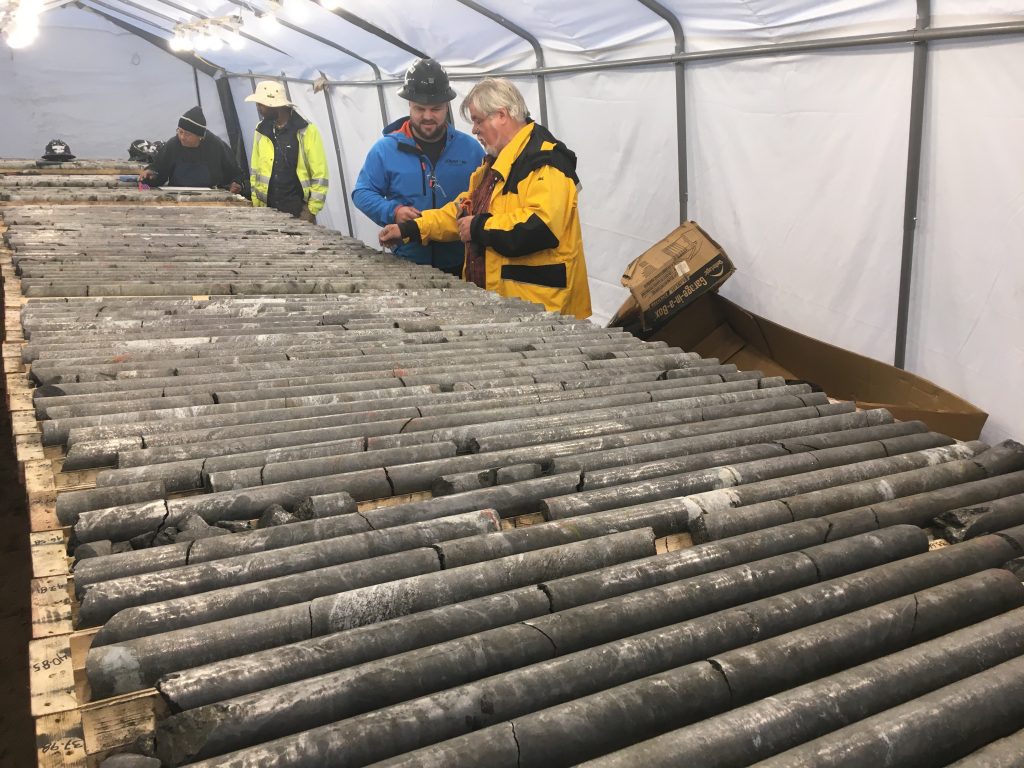 Green Battery’s flagship Berkwood Project is located in northeastern Quebec, about 285 kilometres north of the main service centre of Baie-Comeau and about 660 kilometres from Montreal.

“The electrification of the world is occurring, and the Quebec government is behind the process and wants to ensure Quebec is a global leader in the development of the strategic commodity supply chain,”  said Green Battery CEO Tom Yingling. 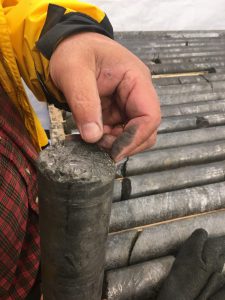 It is worth noting that on an adjacent property, Mason Graphite Inc. [LLG-TSXV; MGPHF-OTCQX] has outlined a graphite deposit that could support annual concentrate production of 51,900 tonnes, according to a feasibility study, dated December, 2018.

Graphite is not a homogenous commodity. It occurs in three forms, including flake, amorphous and vein/lump. Flake graphite commands the highest prices and has the widest range of end uses, including battery production.

Green Battery is aiming to capitalize on an escalation in the use of graphite in clean energies such as lithium ion-batteries and fuel cells, which power hybrid and electric vehicles.

The Berkwood Project is characterized by outcropping graphite that is expected to offer shallow development and ready remediation potential, in line with the company’s values.

The existing resource material has shown that it can be readily purified to 99.95%, using a clean alkaline process and is expandable for industrial uses. 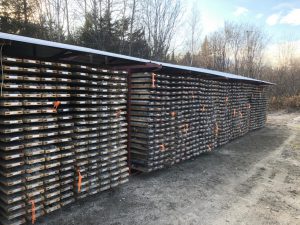 Green Battery said its first published resource is situated within a small portion of the Zone 1 anomaly, leaving plenty of room to explore. The company is pursuing a hub and spoke model where a number of near-surface, high-grade graphite showings are intended to be developed into satellite resources, and transported to a central processing facility.

Only 20% of Zone 1 has been drilled and there are 11 more zones on the property, all with surface graphite, the company has said.

Green Battery said the project benefits from excellent local infrastructure and proximity (60 kilometres) from a major hydroelectric generation facility. Berkwood is situated 300 kilometres from three deep sea ports on the St. Lawrence River, Sept Iles, Port Cartier and Baie- Comeau. It is thought that Baie-Comeau could be source of labour for the project.

The company recently announced that several tonnes of graphitic rock were shipped out to produce 1,000 kilograms of graphite concentrate. This is material that was collected over the past four years from the company’s drill program as well as from surface. It will be used to produce battery anode material for the production of test batteries.

The concentrate will be sent to ProGraphite, a German company which has been contracted to build test batteries to prove that the Berkwood graphite can be used to make batteries.

Concentrates sent to ProGraphite will be purified to 99.95% and used to make spherical graphite and further to coat the graphite for application in the anode components of test batteries. Green Battery has said the size distribution of graphite in the concentrate shows a coarse flake size that is above average. 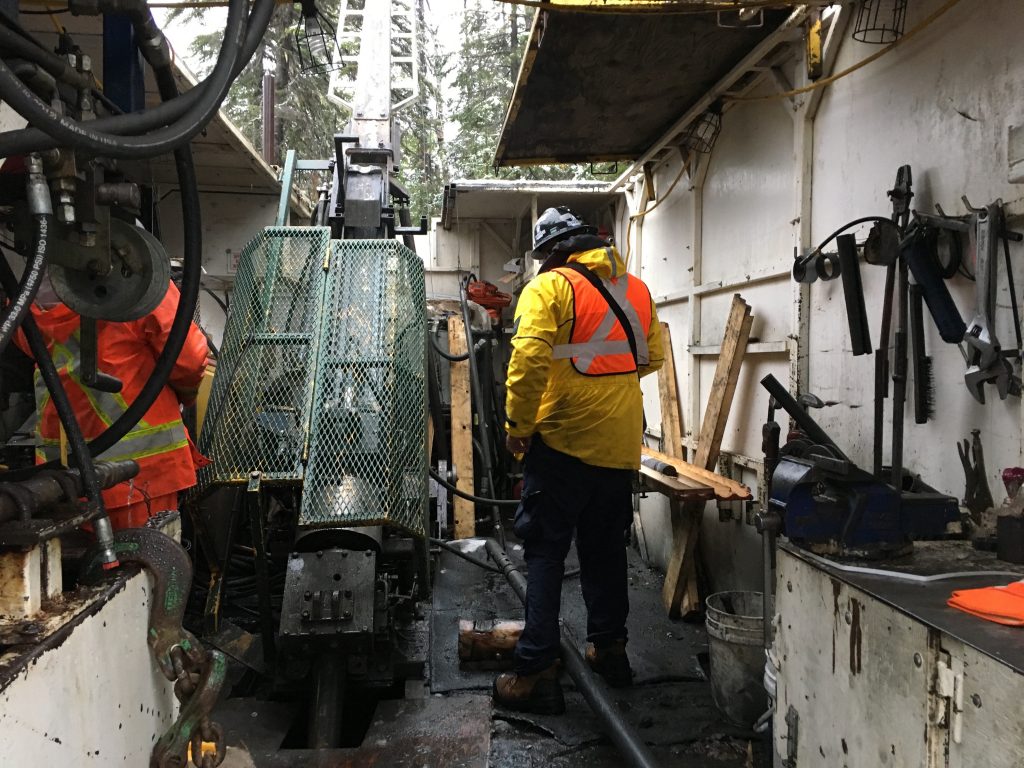 Spheroidization of natural graphite is important in a battery as it increases the availability of conductive surface area that improves battery efficiency owing to increased graphite packing intensity in the anode, while coating of the spherical graphite slows oxidation of the graphite to extend the number of recharging cycles and the life of the battery.