Filling the void: Luxembourg leads the way in Europe by regulating the ownership of space resources 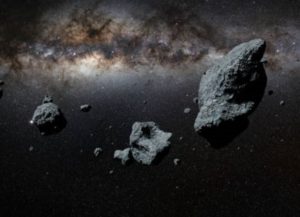 The law of 20 July 2017 on the exploration and use of space resources (the Space Law), as adopted by the Luxembourg Parliament on 13 July 2017 and effective from 1 August 2017, creates a licensing and supervisory regime in Luxembourg addressing the ownership of resources acquired in space. Similar to the US Commercial Space Launch and Competitiveness Act, the Space Law provides that commercial companies operating within its regulatory framework may legally appropriate resources acquired in space from celestial bodies known as Near Earth Objects (NEOs). Notably, the Space Law does not apply to satellite communications, orbital positions or the use of frequency bands.

Luxembourg is the first European country to adopt legislation regulating the ownership of resources acquired in space by commercial companies, providing legal certainty for commercial projects in the space sector. The Outer Space Treaty (OST) dating back to 1967, signed by 107 countries including Luxembourg, established principles for the peaceful and free exploration of space by nation states. However, OST does not address the ownership by private organisations of the resources harvested from NEOs by, for example, asteroid mining, including metals, minerals, and gases.

The Space Law sets out a number of requirements for a commercial company seeking to rely on Luxembourg’s regulatory framework in order to appropriate space resources (the Operator). The main ones are listed below:

The Space Law is not a solitary act, but part of a larger strategy by the Luxembourg government to establish the Grand Duchy as Europe’s space exploration and research hub. A member of the European Space Agency since 2005, Luxembourg recognises the lucrative potential of the untapped resources of space and has launched the national SpaceResources.lu initiative aimed at creating the ideal legal, regulatory and business landscape for a flourishing space exploration economy in Luxembourg.

In a push to diversify Luxembourg’s investment funds and banking dominated economy and establish Luxembourg as the European centre of the asteroid mining business, the government has committed 200 million euros to SpaceResources.lu to help fund companies set up space exploration related companies. The funding, as well as Luxembourg’s offer to help companies obtain private financing, are designed to entice start-ups and established space mining companies to open their European headquarters in Luxembourg. A number of such companies have already either set up in Luxembourg or partnered with the Luxembourg government to finance their endeavours.

The Luxembourg government states that it is committed to engaging the governments of other countries to establish a global legal framework within the context of the U.N. for the exploration and commercial utilization of resources from NEOs.

In November, Luxembourg will host the first European edition of an international conference dedicated to space, NewSpace Europe.