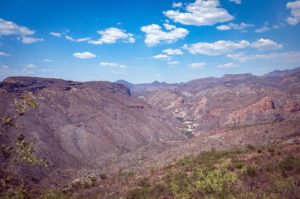 SilverCrest Metals Inc. is pleased to announce additional Phase II drill results for the Las Chispas Property located in Sonora, Mexico. These additional drill results, combined with results announced in previous news releases, show continued expansion of unmined high-grade mineralization in the Giovanni and William Tell veins. This drilling also encountered initial high-grade intercepts in the Varela Vein and newly discovered La Blanquita Vein (see attached Figures). Mineralized intercepts summarized in this news release represent only a portion of the 19 epithermal veins that have been identified to date on the Property. Additional drill results are anticipated over the next several months.

N. Eric Fier, CPG, P.Eng, President and CEO, remarked, “We continue to successfully explore and expand our high-grade footprint at the Las Chispas Property through systematic drilling on multiple veins. A high-grade intercept of 1.9 metres grading 50.56 grams per tonne (“gpt”) gold and 5,018.8 gpt silver or 8,803 gpt silver equivalent (“AgEq”*) shows intact bonanza grades in the Giovanni Vein. Our ongoing underground rehabilitation, sampling and drill-testing of the various veins continues to discover unmined areas with grades similar to reported historic production grades estimated at 15 gpt gold and 1,700 gpt silver or 2,875 gpt AgEq*. Although our primary drilling focus has shifted to the larger nearby Babicanora Vein, the Giovanni and William Tell veins continue to show further potential for high-grade mineralization. Given recent new discoveries and the expansion of the high-grade footprint of the district, we are again expanding our Phase II program until the end of 2017.”

Note: all numbers are rounded.
*AgEq based on 75 (Ag):1 (Au) and 100% metallurgical recovery.
**Previously announced drill intercept in the Las Chispas Vein that was below the cut-off grade of 150 gpt AgEq*; Hole LC16-27 intercepted William Tell Vein with grades above the Company’s cut-off. See May 11, 2017 news release.

All assays were completed by ALS Chemex in Hermosillo, Mexico, and North Vancouver, BC, Canada.

The highest grade intercept in hole LC17-45 consists of massive crystalline argentite and electrum (see attached Figures) in the Giovanni Vein. This intercept is located near the accessible 400 level of the Las Chispas Historic Mine in an area not previously mined. Additionally, multiple veins were drill-intersected in the footwall of the Giovanni Vein and are being investigated. The Company is currently completing detailed underground mapping and sampling in this area with planned underground drilling for further delineation in Q3 2017.

Holes LC17-41, 42 and 46 hit voids. Holes LC16-25 and 26, LC17-43, 44, 53 intercepted mineralization below the Company’s 150 gpt AgEq* cutoff. Drill hole LC17-54 was lost downhole. The Company will consider further work on these two veins after drilling at the higher priority Babicanora Vein. The Varela Vein appears to be increasing in grade to the southeast and the La Blanquita Vein appears to be the southeast extension of the Giovanni Vein (see attached Figures).

Given the success to date, the Company plans to drill another 7,000 to 9,000 metres (total of 23,000 to 25,000 metres) in Phase II by the end of 2017. In addition to core drilling, other ongoing Phase II exploration work at Las Chispas includes; continuing underground rehabilitation, underground channel sampling, possible extension and rehabilitation of the Babicanora adit for another 150 to 250 metres, expanded surface mapping and sampling in the district, initial metallurgical work, and auger drilling to determine accurate volumetrics and grade of historic dumps. Phase II surface drilling in the Las Chispas area is complete and surface drilling continues in the Babicanora area. The Company anticipates completing its Phase II work in Q4 2017 with its maiden resource estimation by Q1 2018.

The Qualified Person under National Instrument 43-101 Standards of Disclosure for Mineral Projects for this news release is N. Eric Fier, CPG, P.Eng, and President and CEO for SilverCrest, who has reviewed and approved its contents.