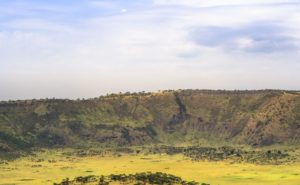 M2 Cobalt Corp. [MC-TSXV] shares were active Thursday after the company said soil and rock sampling at its Bujagali project in south-central Uganda has led to the discovery of a new cobalt and copper anomaly in an area known as the Waragi Target.

The Bujagali Project consists of five exploration licenses covering 1,371 square kilometres.Â  Historically, there have been significant artisanal gold mining in and around the license areas and initial rock grab sample results have previously shown up to 0.65% cobalt, 0.4% copper and 3.5 g/t gold.

The company announced on February 13, 2018 that it had launched an extensive ground exploration program at Bujagali, with the early focus on a large nickel anomaly now confirmed as a discovery and named the “Bombo Target.”

Meanwhile the company said results of soil and rock samples collected from the Waragi Target have delineated a well-defined cobalt and copper anomaly measuring 750 metres by 550 metres. It is open to the north east.

Both infill sampling and a grid extension have been completed to better define the anomaly and to delineate its full extent, with results anticipated shortly, the company said. Following that, the company said it will move into a large-scale trenching and targeted drilling to test the mineralization at depth.

Overall, M2 controls approximately 1,600 square kilometres of prime cobalt licenses in Uganda. Its Kilembe properties, which cover 193 square kilometres, are close to the border with the Democratic Republic of Congo, currently the source of roughly 60% of the world’s cobalt supply.

Kilembe is also located near the Kilembe mine, which historically was a major producer of copper and cobalt. The property consists of two exploration licenses, located in an area ranked by the Geological Survey of Finland as the number one area for exploration in Uganda.

The former Kilembe mine was operated by former Canadian mining icon Falconbridge Ltd. between 1956 and 1977. It produced 16 million tonnes of ore, grading approximately 2% copper and approximately 0.17% cobalt.

The mineralization at and around the Kilembe mine is VMS (volcanogenic massive sulphide) in nature and indications are that the mineralization extends throughout, and on trend with the surrounding area.