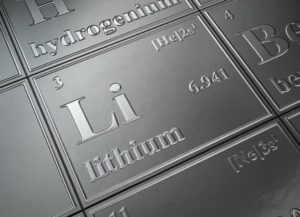 Investor interest in the lithium sector continues to be driven by growing demand for lithium batteries that are essential for the production of electric vehicles as well as consumer products such as cell phones, laptops and solar panels.

However, due to concerns about the impact of rising brine and hard rock production, lithium equities have significantly underperformed lithium prices so far this year.

However, in spite of some downward revision in its current stock price targets, Canaccord Genuity says its remains bullish on the equities for the near term, a view that is driven by forecasts of stronger pricing over 2018.

“We estimate that ASX/TSX [Australian and Toronto Stock Exchange-listed] lithium equities are implying an average LCE (lithium carbonate) price of US$7763, versus our forecasts of US$14,650 per tonne, and LT (lithium tantalite) US$10,950 per tonne,” Canaccord said in an April 16, 2018 report.

The report is titled Lithium 2018 Recharge.

In keeping with that theme, Canaccord is maintaining a speculative buy ratings on three names in the sector, including:

Lithium Americas and partner Sociedad Quimica y Minera de Chile (SQM) are working to advance the Cauchari-Olaroz project in Argentina with target production of 50,000 tonnes per annum. The Cauchari-Olaroz project is located in the heart of the Puna Plateau, an area where over 80% of the world’s lithium brine reserves are located. This area is also known as the “Lithium Triangle.”

On April 5, 2018, Lithium Americas released an updated resource estimate for its Lithium Nevada project. The company said it has succeeded in increasing the measured and indicated resource at the site by 80% from previous 2016 estimate, establishing Lithium Nevada as the largest and highest-grade known claystone lithium resource in the United States.

The company said it is on track to release the results of a NI 43-101 preliminary feasibility study by the end of the second quarter of 2018.

Neo Lithium’s Tres Quebradas 3Q Project in Catamarca Argentina (the largest lithium producer in Argentina), covers 162 square kilometres and is ranked as one of the highest grade deposits in the world, and is expected to emerge as a low cost producer. Neo Lithium recently completed a preliminary economic assessment of the 3Q Project that the company says indicates robust economics for a 35,000 tonne-per-year lithium carbonate mine.

On Wednesday, Nemaska shares were unchanged at $1.29. Canaccord’s stock price target is now $2, down from $2.50

Nemaska recently entered into a US$150 million streaming agreement with Orion Mine Finance LP as part of a large plan to fund a proposed lithium mine in Quebec.

The move comes just two weeks after the company announced the components of a plan to raise between US$775 million and US$825 million to fund the construction of a lithium mine on the Whabouchi property and electrochemical plant near the Cree community of Nemaska, about 300 northwest of Chibougamau, Que.

Aside from the $150 million streaming agreement, the company said it has been making progress on a number other financing fronts, including:

The company said it expects to provide more details in the short term about its debt financing endeavours.

In its report, Canaccord said Nemaska Lithium’s share price had fallen 43% since the beginning of the year, suffering doubly from the “SQM-Corfo flu” and project financing overhang.

In January, 2018, Chilean development agency Corfo reached a deal with lithium company SQM that ended a long dispute over royalties in Chile’s Salar de Atacama, home of the some of the world’s richest lithium deposits.

Arbitration began in May 2014, after Chilean authorities accused SQM of underpaying royalties and violating environmental regulations.

Under a new contract, SQM can produce up to 216,000 tonnes of lithium carbonate a year through 2025 in the Salar de Atacama.