Newfoundland has one of the most extensive mining histories in Canada, with small-scale mining dating back to the 1770s, which expanded into a major industry by the 1860’s. The province offers world-class geology, significant infrastructure, and exceptional access to a skilled workforce.

Mining is a major contributor to the economy of the province, especially in rural areas. The province reports that fifteen different mineral commodities have been produced or mined in the province. Five metal mines currently produce iron ore, nickel, copper, cobalt and gold. This includes two world-class, large-scale mining operations located in northern and western Labrador, respectively: Vale’s Voisey’s Bay Ni-Cu-Co mine and Rio Tinto’s Carol Lake Iron mine.

Mining and mineral exploration companies directly provide high-paying jobs to more than 7000 men and women throughout the province. In 2020, the Fraser Institute’s Global rankings for mining investment placed Newfoundland & Labrador in 8th position. Factors such as mineral potential, transparent permitting, solid infrastructure, and a skilled workforce contribute to its attractiveness.

The true mineral potential of the province is reflected by the fact that mineral exploration expenditures for 2021 rang in at over $82.6 million – an increase of 24 per cent from 2020. The Province’s Mineral Incentive Program also continues to provide $1.7 million in financial assistance to support and encourage mineral exploration. The program includes junior exploration assistance and prospector assistance.

There are numerous prospective areas in the province, but two areas in particular are currently hot beds of renewed exploration activity: the Central Newfoundland Gold Belt and the Central Mineral Belt (CMB) of Labrador.

The Central Mineral Belt (CMB) in Central Labrador is a globally significant Copper and Uranium bearing belt that measures 260 km long by 75 km wide. It is endowed with hundreds of copper, uranium, silver, gold, rare earth elements, iron and molybdenum showings. It straddles the junction of four major geological provinces and affected by major magmatic and orogenic events. 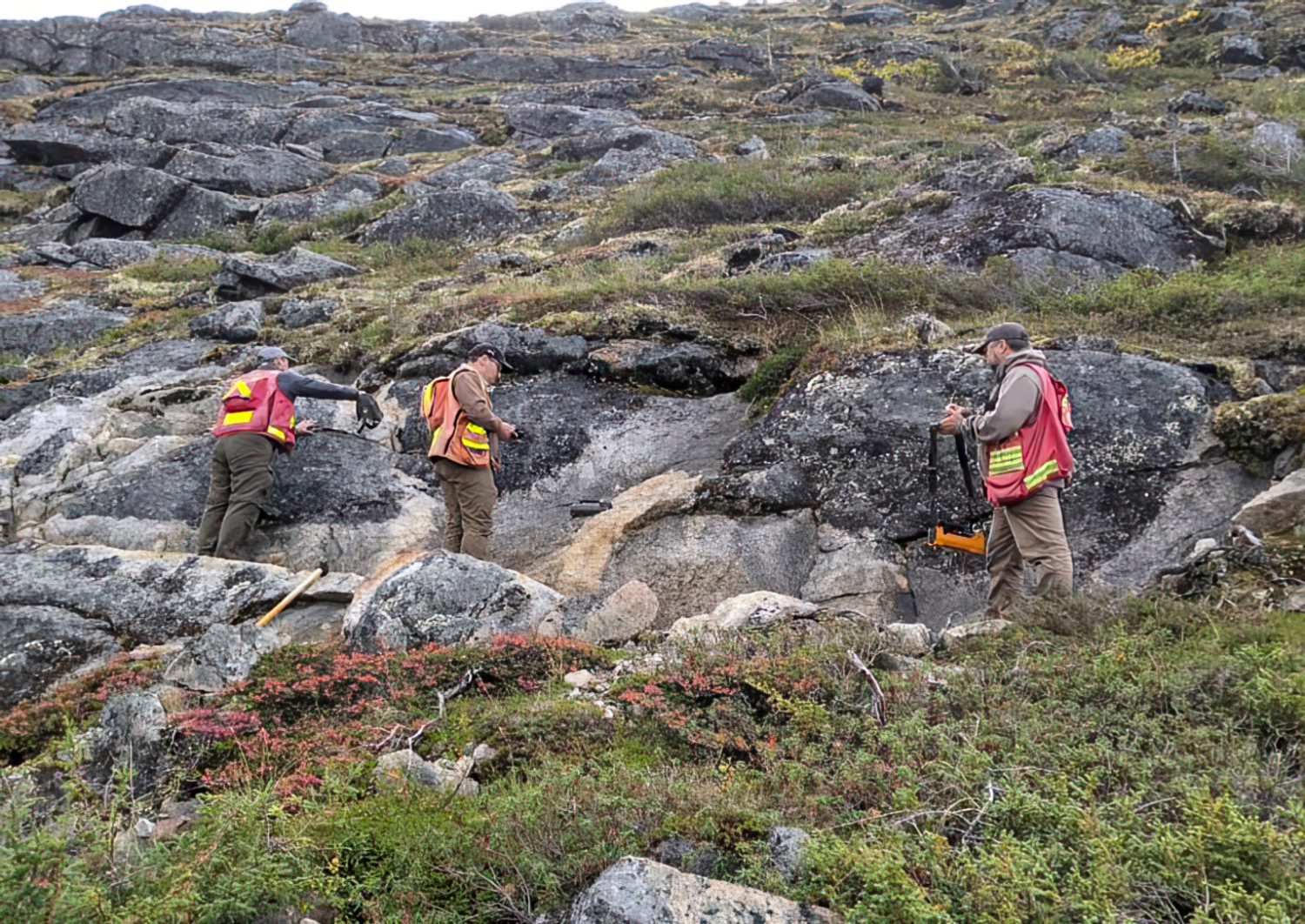 A well-funded, newly-listed exploration company by the name of Labrador Uranium [LUR-CSE] has managed to secure an extensive land position in the prolific CMB. Specifically, the company has acquired the Moran Lake uranium project as well as several other highly prospective uranium projects that together cover over 1,390 km2 of the CMB.

“Labrador Uranium has spent the past year consolidating an entire mineral belt in Labrador with a clear focus on exploration,” commented Steven Keith, CEO of Labrador Uranium.

The company was formed on February 22, 2022, as a spin-off of Consolidated Uranium Inc. (CUR). The main asset acquired in that transaction was the Moran Lake project which has a historical uranium and vanadium resource containing about 5.2 million lbs of U3O8 and 42.8 million lbs of V2O5 hosted in the indicated category (This estimate is historic and is not considered current pursuant to NI 43-101 regulations).  Consolidated Uranium acquired 16 million Labrador Uranium Shares as payment for the Moran Lake asset. Labrador Uranium then completed a deal with St. Johns-based, Altius Minerals (ALS.TSX), exchanging 8 million shares of its common stock in return for 125,000 hectares of exploration ground in the Central Mineral belt and a 2% Gross Overriding Royalty. This land package included the drill ready Notakwanon and CMB projects, located near Paladin Energy’s Michelin uranium deposit. Lastly, Labrador Uranium inked a deal with Mega Uranium for its 66% interest in the Mustang Lake project in consideration for 3 million LUR shares. The remaining 33% interest is held by Anthem Resources, formerly Santoy Resources. 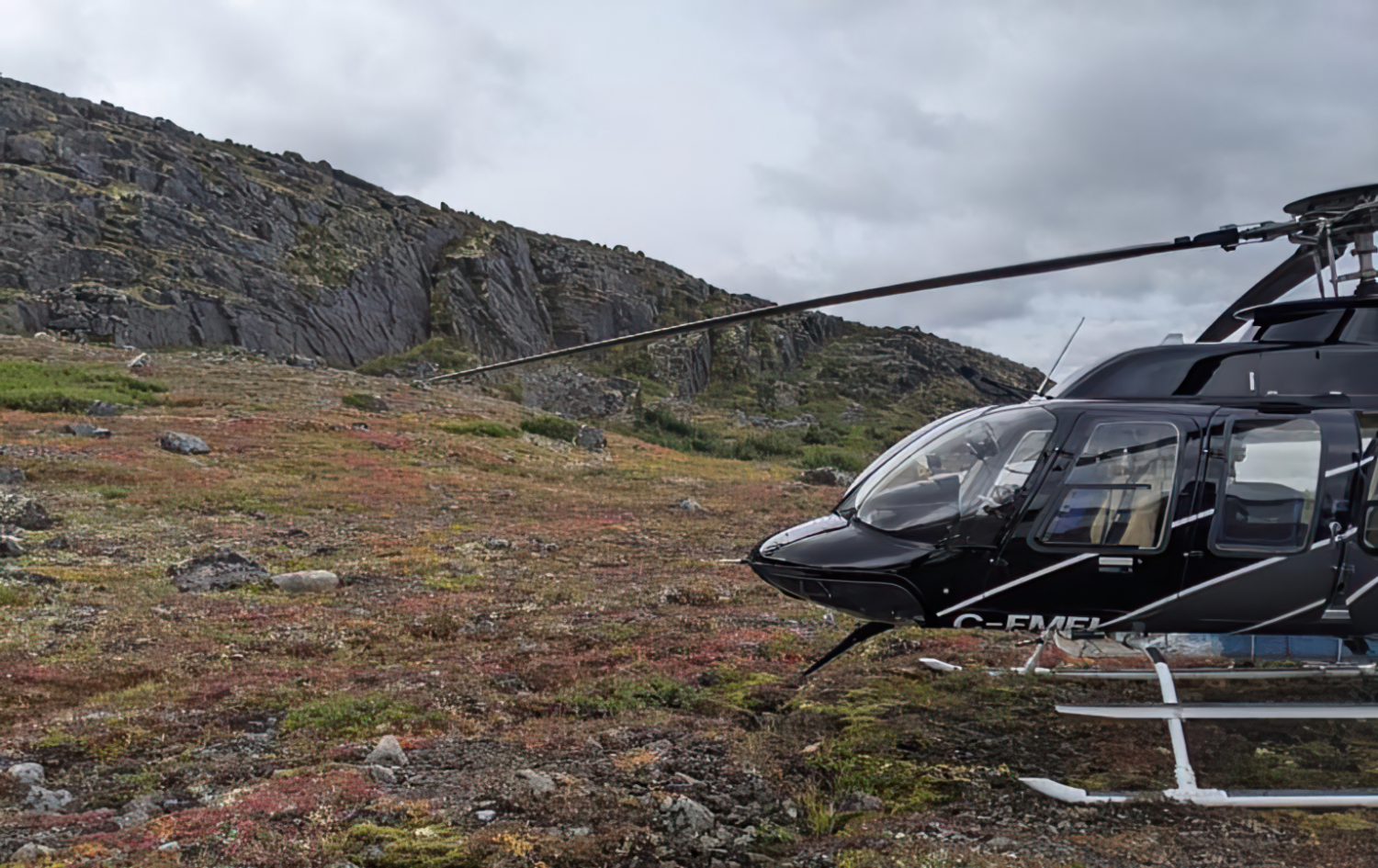 “The Central Mineral Belt on coastal Labrador, represents one of the world’s most promising uranium districts. The Belt has been explored for over 50 years and these assets have been in the hands of dozens of companies, but never once has it been in one place, commented Mr. Keith.

Labrador Uranium has now consolidated about 139,000 hectares of prospective ground in this belt. The company also assembled an experienced Board of Directors and technical team to take the reigns and drive the company forward. Leading the board as Executive Chairman is Philip Williams, who brings with him over twenty years of mining and capital markets experience. He is the current CEO & Chairman of Consolidated Uranium and Labrador Uranium is his brainchild.

LUR is currently trading on the CSE with a market capitalization of $33 million with 57.9 million shares outstanding (72.7 million fully diluted) and $17.4 million in the bank, after closing a recent private placement of $10 million. The largest shareholder is Altius Minerals with 14% of the company and Management and Insiders hold about 4% of the stock. Consolidated Uranium has spun out its LUR shares to its shareholders in the form of a dividend of freely trading stock. 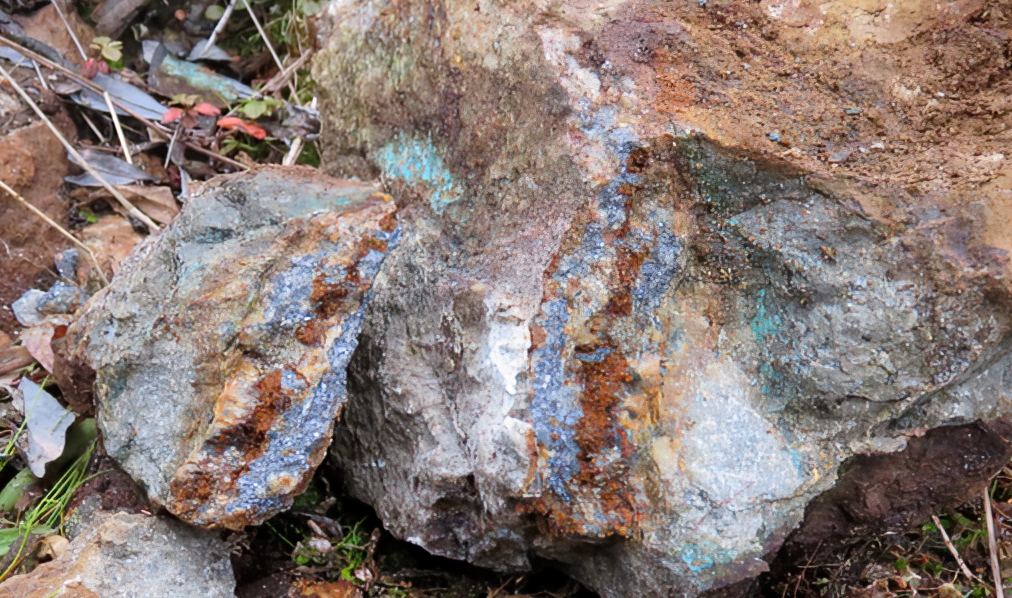 Both the Moran Lake and CMB Project, have seen substantial past exploration work. The Notakwanon Project is underexplored but drill ready. All three projects are expected to be the focus of an aggressive exploration program in 2022.

Not forgetting its extensive exploration land package, Labrador Uranium intends to use Machine learning information technology, to help seek patterns in the massive amounts of geological data collected over the past 50 years.  The objective will be to identify potential mineral systems that may have been overlooked via traditional techniques and drill test them.

Despite its rich mining history, Newfoundland has been astonishingly under-explored for gold. This fact is now changing rapidly as numerous exploration companies aggressively hunt for the next big discovery in the Central Newfoundland Gold Belt, a large southwest to northeast-trending region that stretches for 250 km, almost across the entire island. This modern-day Gold Rush was triggered in early 2021 by spectacular results from New Found Gold’s [TSXV: NFG] Queensway Project and a general reinterpretation of the island’s potential to host multiple high-grade deposits. 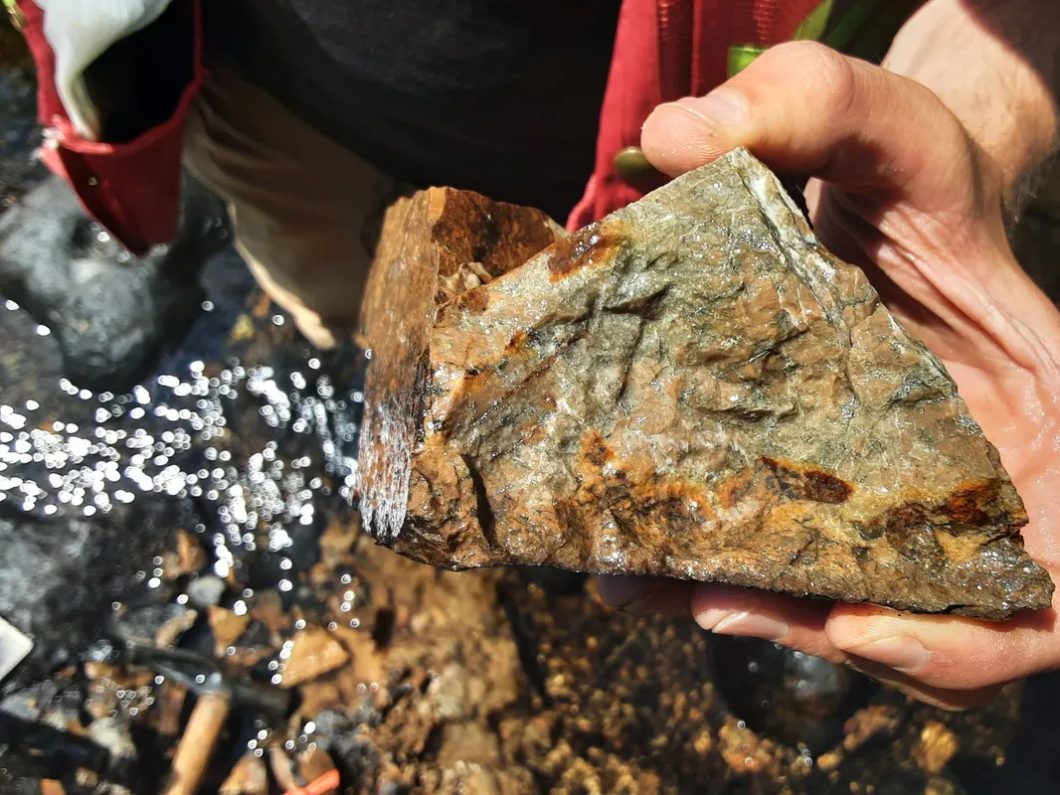 One of the significant land holders within this new gold district is Aurwest Resources Corporation [AWR-CSE]. The company holds over 47,800 hectares (478 km2) of prospective land along what has been dubbed “the Golden Corridor,” a 450 km-long crustal-scale fault/shear zone which hosts three gold deposits containing over 6 million ounces of gold and over 100 known gold showings along its length.

The company is led by Colin Christensen, President and CEO, who has over 35+ years of active participation in the Canadian public equity markets, from 10 years as a financial advisor in the investment community, through 25 years involved as a director and officer of various public resource companies trading on the TSX Venture Exchange. 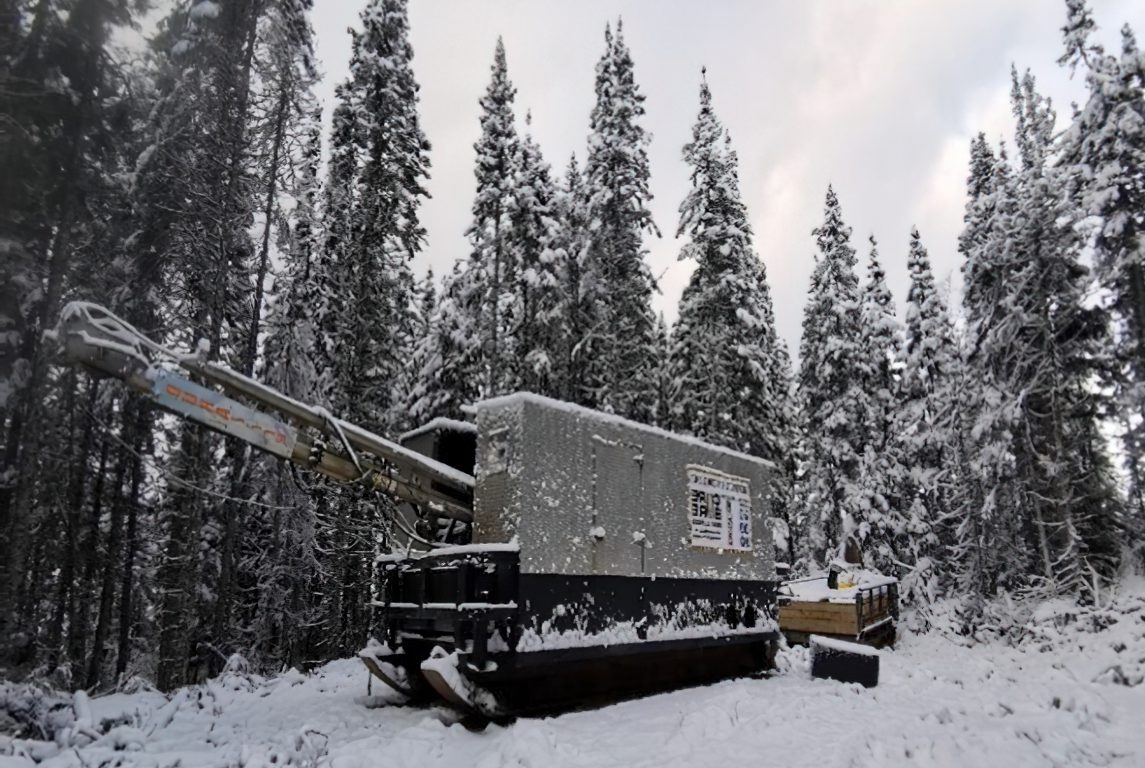 With approximately $1.7 million of working capital at the end of the first quarter ending March 31, 2022, Aurwest is well funded to pursue its 2022 exploration plans and is currently drilling its flagship Paradise Lake epithermal gold property which consists of three sub-Project areas covering a 478 km2 area.

The drilling campaign is targeting an area exhibiting post-Botwood-age intrusive activity, positive chargeability geophysical signatures and silicified areas with gold-pyrite mineralization on surface. The combination of these features provided the company with its initial priority drill targets.

The Phase 1 – 3,000-meter drill program commenced in late January 2022 at Paradise Lake with Phase II commencing to further test priority targets on westside of Twin Ponds. Initial drill results intersected 2.50 g/t Au over 3.4 meters, including 6.20 g/t Au over 0.9 meters and provided analytical assay data results for the first three drill holes as part of the eleven-hole drilling program within the 4.5km targeted corridor, associated with the Cape Ray-Valentine Lake Structural Zone. Based on the early results so far, the exploration model that appears to be evolving is similar to that of the Valentine Lake gold deposit, which suggests the potential for a large tonnage lower grade deposit.

Mr. Colin Christensen, President and Chief Executive Officer, stated, “Our Paradise Lake gold property represents an exciting early-stage gold exploration project. Results to date on our first diamond drilling program on the project has so far intersected a broad range of significant gold concentrations in the syenite intrusion associated with the Cape Ray-Valentine Lake structure. Aurwest will continue with a modified Phase II drilling program testing the interpreted extensions of the Phase I results received to date.” 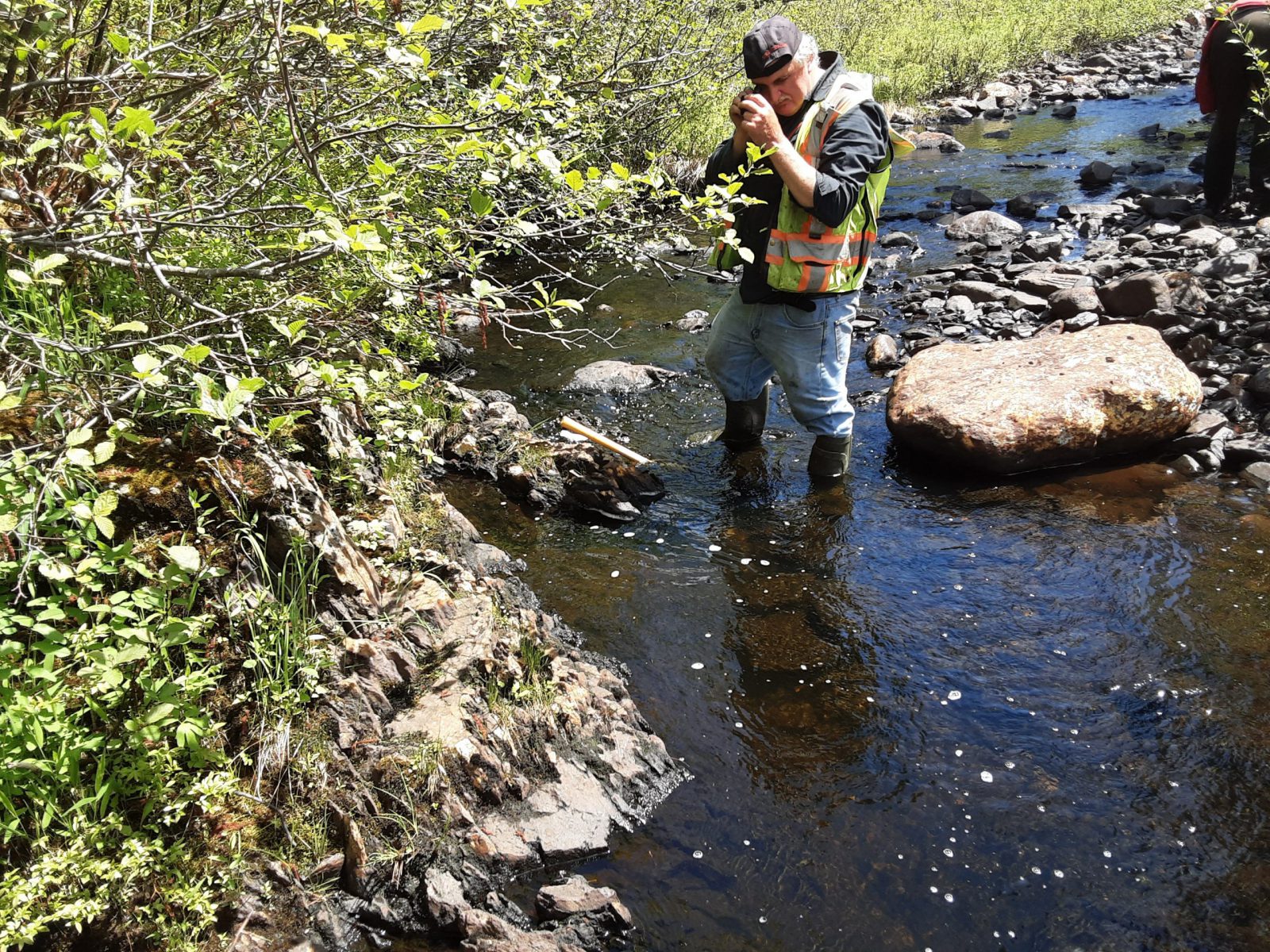 Assay results for the additional eight holes in phase one are expected within the next couple of weeks. Aurwest has 96.4 million shares outstanding (164.6 million fully diluted) and a market capitalization of about $12 million. The company has strong insider ownership with Board with Management and supporters including Eric Sprott holding about 24% of the outstanding stock. Sprott holds 12.7% basic and about 22.6% fully diluted basis.