By now the Newfoundland gold play must be familiar to every mining stock investor. Following the initial excitement of a few years ago, the recent drifting lower of some Newfoundland share prices provides a buying opportunity.

To briefly recap: the Newfoundland gold play is developing along a 250-km southwest to northeast-trending region known as the Central Newfoundland Gold Belt (CNGB) that stretches almost across the entire island. Claim staking has been underway for some time and continues to this day.

As an aside, not part of the current play, gold has been known to occur elsewhere on the island where mining has taken place for many years.

Although the Newfoundland gold play fizzled a couple of times in the past, it was more recently kick-started by two major developments. The first has been the 100%-owned advanced-stage Valentine gold project of Marathon Gold Corp. [MOZ-TSX; MGDPF-OTCQX].

Matt Manson, president and CEO, said, “Marathon’s April, 2021, feasibility study for the Valentine gold project demonstrated robust economics for a conventional open-pit mining and milling operation with low initial capital cost and high rate of return. An environmental assessment is continuing with federal and provincial regulators and is expected to be completed later this year. Procurement, detailed engineering, community engagement and staffing of the project execution team are all progressing well with a view to site construction commencing in early 2022.”

The other development that really fired up the play has been the gold discoveries of New Found Gold Corp. [NFG-TSXV; NFGC-NYSE American] at their 100%-owned Queensway project located on the Trans-Canada highway 15 km west of Gander. No one-hole wonder with the stunning initial discovery hole that returned 19 metres of 92.9 g/t gold at the Keats Zone, drilling continues to return wide intervals of high-grade gold mineralization starting at bedrock surface and extending 465 metres down plunge and still open.

On September 30, New Found Gold reported assay results from eight step-out diamond drill holes designed to expand the high-grade gold mineralization at the Golden Joint Zone, a recently made discovery approximately 1 km north of the Keats Zone and about 850 metres south of the Lotto Zone. 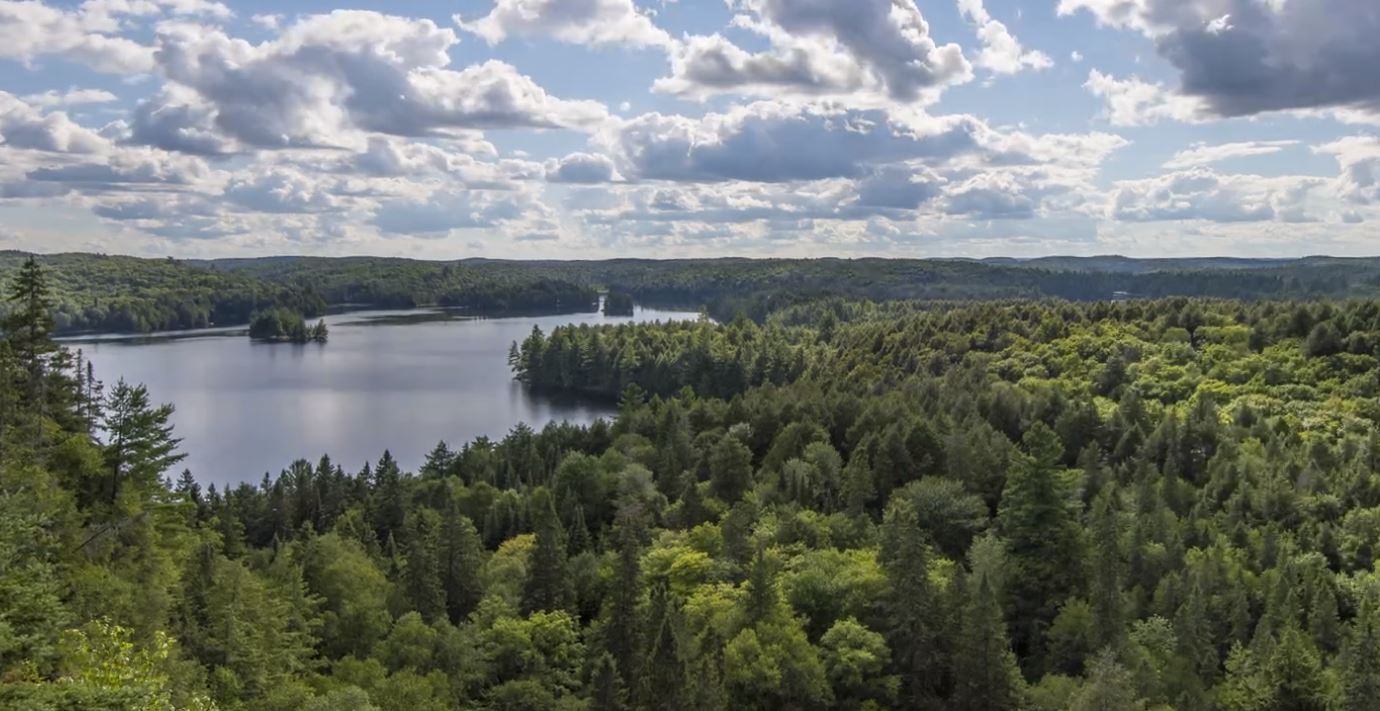 Opawica Explorations Inc. [OPW-TSX, OPWEF-OTC, A2PEAD-FSE] is a junior Canadian exploration company with a strong portfolio of precious and base metal properties within the Rouyn-Noranda region of Quebec and central Newfoundland.

The company is led by CEO Blake Morgan who has spend 15 years in the mining sector including 10 in Australia with Rio Tinto Plc [RIO-NYSE] and BHP subsidiary BMA Metals. In Canada, he has been instrumental in consolidating significant exploration land packages and financing their development.

Opawica is in a strong financial position after recently raising $5.3 million from an oversubscribed private placement offering of flow-through and non-flow-through units priced at 40 cents and 50 cents. The financing was backed by Eric Sprott, who invested $1 million in the non-flow through offering.

Proceeds from the sale of the flow-through portion of the offering will be used for exploration activity on its 100%-owned Bazooka and Arrowhead properties near Rouyn-Noranda, Quebec. A portion will also be spent on properties in Newfoundland and Labrador.

“We are now fully-funded for a 10,000-metre drill program and have the budget on hand to expand dramatically,’’ said Morgan in a press release on June 4, 2021. Drilling activity will be split evenly between the Bazooka and Arrowhead properties where the company aims to outline resources of sufficient size and grade to make Opawica a takeover target.

The 100%-owned Bazooka property covers 1,200 hectares of strike length along the Abitibi Greenstone Belt and is contiguous to the western border of Yorbeau Resources Inc.’s [YRB-TSX] Rouyn gold property, which contains four gold deposits and is being explored under an option deal with Iamgold Corp [IMG-TSX, IAG-NYSE]. Bazooka is also contiguous to the southwestern border of Monarch Mining Corp. [GBAR-TSX] Wasamac gold property which contains 2.9 million ounces of gold resources.

In 1951-52, Eldona Gold Mines sank a shaft to a depth of 125 metres and constructed 634 metres of drifts, successfully reaching the fold nose feature of the Cadillac Larder Lake Break. Results of 2017 drilling and historical drill holes confirm at the level of 275 metre below, a wide gold zone extending from west to east. Drilling between 2003-05 returned 316.23 g/t over 1.0 metres.

Recommended work includes a three-phase program, including a drill core review, 5,000 metres of drilling to obtain additional results in the central part of the high-grade gold zone associated with the four mineralized gold zones outlined by the 1951-52 underground workings.

“We anticipate an extremely busy next few months for our Opawica exploration team and are excited to continue this momentum through our drill campaign and beyond,’’ said Morgan.

The company recently said it was mobilizing a crew to undertake a gold grain in till sampling program on all of its Newfoundland projects, including Chapel Island, Density, Eclipse, Mass, and Lil d’Espoir Lake claims.

The Opawcia 100%-owned project areas cover more than 217 square kilometres along and between the Red Indian Line and the Valentine Lake shear zone in the Central gold belt of Newfoundland. The largest known gold resource along this corridor occurs at Marathon Gold Corp.’s [MOZ-TSX, OTC-MGDPF] Valentine Lake property.

The company’s inaugural gold grain in till sampling program is an important step to determine the number of gold grains in the glacial till in order to help locate the potential source of gold on the properties.

Opawica is being assisted by GoldSpot Discoveries Corp. [SPOT-TSXV, SPOFF-OTCQX], a technology company with a large, collaborative team of geoscientists and data scientists. They are focused on maximizing the chances of discovery by extracting most of all available data using its proprietary machine-learning technology and geoscience expertise.

“The success of GoldSpot’s smart target approach in finding significant discoveries in Newfoundland will considerably increase the odds of success on our properties,” Morgan said. 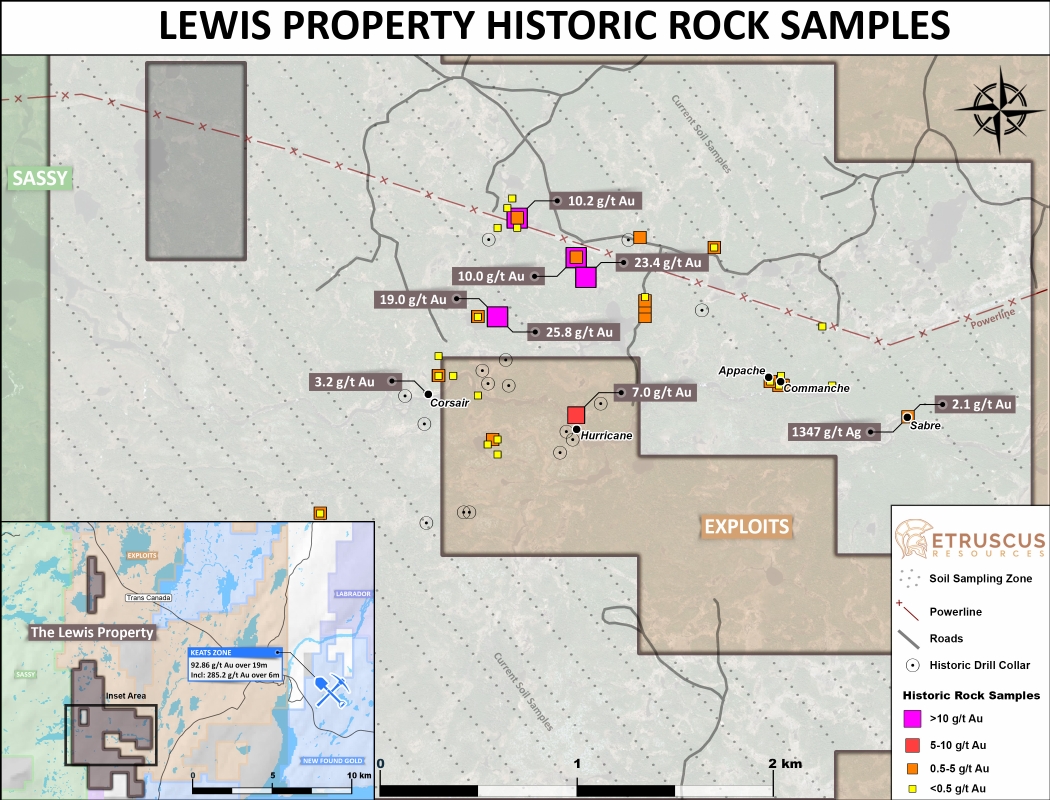 The company is well financed and run by an exploration team and advisory board with over 200 years of mineral exploration experience.

On September 29, Etruscus announced the commencement of an initial exploration program on its Lewis gold project in central Newfoundland, a province that frequently ranks among the top jurisdictions in the world for its investment attractiveness.

The property is centrally located amongst a number of highly active exploration companies with multi-million-dollar programs under way, including New Found Gold Corp. [NFG-TSXV], which is running a 200,000-metre drill campaign, 10 kilometres east of the Lewis property border.

Etruscus can acquire a 100% interest in the Lewis property, consisting of two claim blocks, the Peyton South and the Linear claims, which are strategically located in the heart of the burgeoning Newfoundland Gold Camp.

“The prospective geological evidence that prompted us to option the Lewis property pertains to historic work originally done by Noranda in the late 1980s and early 90s,’’ said Etruscus President and CEO Jason Leikam.

“While much of the property is still under-explored, the area that really attracted us to this property was sampled by Noranda and followed up by IP surveys in the center of their original holdings. They then drilled the IP targets that resulted with gold discoveries. Interestingly, it appears that Noranda was focussed on regional exploration and although the discoveries were compelling, they continue with further exploration subsequent to their regional program.” 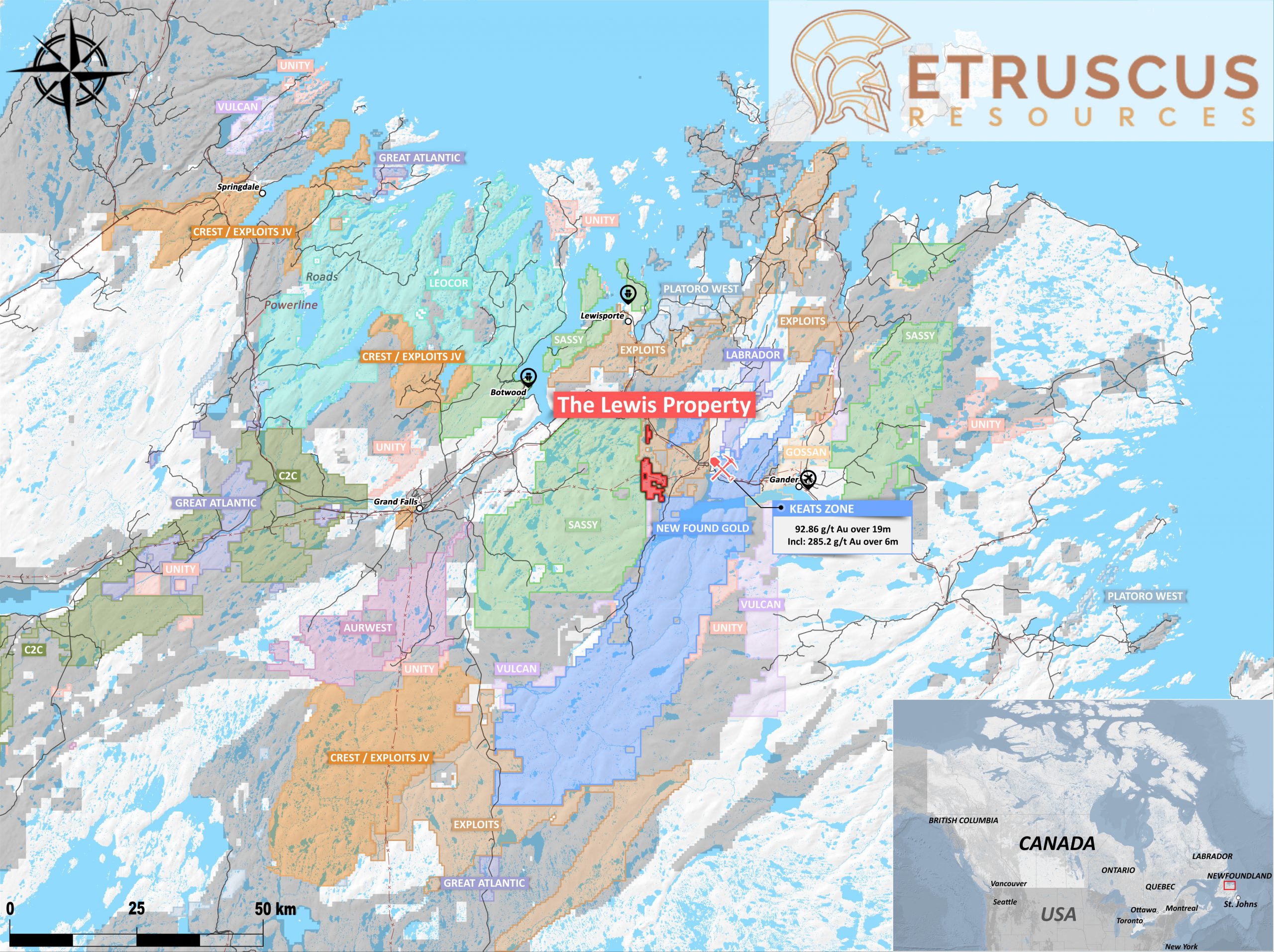 Leikam noted that there is a gold trend running north-south with structural intersections running east-west – in particular the Dog Bay Line – a major northeast-striking trend over the 20-km strike length on the Lewis property where sampling has returned 44 g/t gold, 23 g/t gold, 56.4 g/t gold, 19 g/t gold, and to the north of the property, 26 g/t gold. “These sample results prompted us to take a close look at acquiring the property,” he said.

The first phase of the program currently underway involves rock and soil sampling, including the systematic collection of over 2,000 samples across the property. Following the analysis of sampling results, an IP survey will be planned for areas of particular interest. The aim is to outline compelling drill targets across largely underexplore areas of the property.

The Lewis property is located approximately 32 km from Gander – about 45 minutes – and can be easily accessed by highway and a network of unsealed forestry roads and trails. Rail access is within 8 km of the claims and a powerline traverses the property.

Three separate option agreements were completed for an aggregate, staged consideration of $870,000 and 3.1 million common shares over four years, subject to a 2% NSR, of which 1% can be purchased for $2-million on or before commercial production.

Etruscus is also exploring its helicopter-access Rock & Roll and Sugar properties in northwestern British Columbia’s prolific Gold Triangle region where over 130 million ounces of gold, 800 million ounces of silver and 40 billion pounds of copper have been discovered. 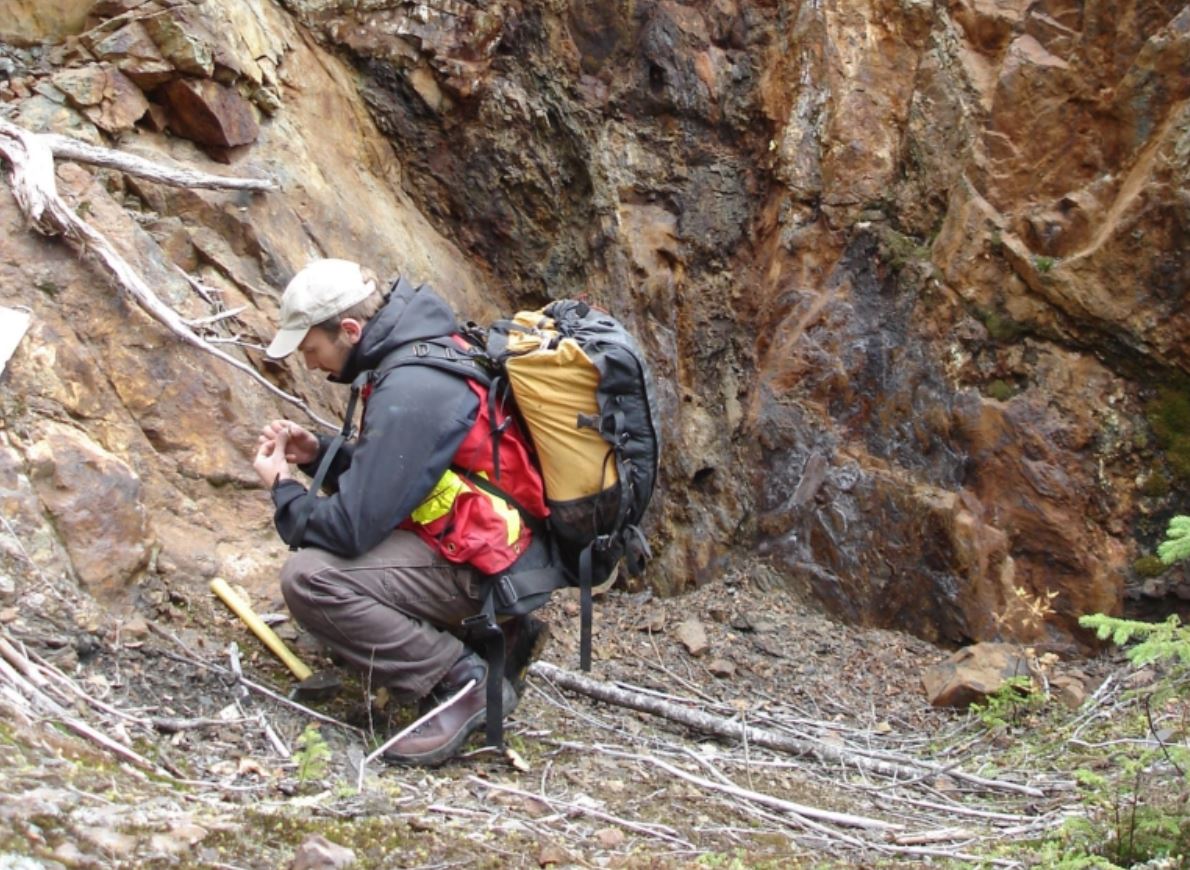 Located 7 km from the historic Snip mine which produced approximately one million ounces of gold from 1991 until 1999 at an average gold grade of 27.5 g/t., Etruscus has completed an Inferred Mineral Resource on the Black Dog VMS deposit on the Rock & Roll property pegged at 2,015,000 tonnes grading 0.71 g/t gold, 87.1 g/t silver, 0.23% copper with lead and zinc credits for a gold equivalent of 170,000 ounces. The location of Rock & Roll will benefit from any future development of Snip. Skeena Resources (TSX: SKE), the owner of the Snip gold project, recently announced that Hochschild Mining notified Skeena that it intends to take over as the operator and earn a 60% interest in the project by spending approximately $100 million. Certainly, there will be a considerable amount of activity in the area, just east the Rock & Roll property.

The VMS geologic model (volcanic massive sulphide) is encouraging in that VMS deposits often occur in multiple mineralized clusters. The company’s goal is to locate additional bigger, richer VMS zones, in particular, a large prospective area down dip. Field programs were carried out this season on both the Rock & Roll and Sugar properties to advance emerging targets, such as the Hurricane and Hammer targets and investigate more than 20 other geological, geochemical and geophysical target areas. Work consists of geological mapping, and geochemical, rock chip, soil and silt sampling.

Etruscus is funding exploration work at the Rock & Roll and Sugar properties from the proceeds of a non-brokered private placement that raised $2.6 million from the sale of flow-through and non-flow-through units priced at 35 cents and 30 cents respectively.

Leikam said, “There is still much work that needs to be done on Black Dog. We are compiling and assessing the historic data and will incorporate 3D modelling to determine where down-dip extensions may be. We are intent on finding other opportunities outside the Black Dog Zone along trend.

Other notable mentions are Sokoman Minerals Corp. [SIC-TSXV; SICNF-OTCQB] that also continues to receive excellent drill results. Ongoing phase 6 drilling at its 100%-owned Moosehead property in central Newfoundland has intersected additional high-grade gold mineralization at both the Lower Eastern trend and in the 75 zone, located approximately 100 metres along strike south of the main Eastern trend.

The company has an option and joint venture agreement with Buchans Resources Limited to acquire up to a 70% ownership interest in 91 km2 covering the Lake Douglas and South Tally properties in the Central Newfoundland Gold Belt.

Great Thunder Gold Corp. has changed its name and symbol to Newfoundland Discovery Corp. [NEWD-CSE], respectively. The company has an option to earn a 100% interest in the 5,525-hectare Goldson properties 58 km northeast of Gander.

Quadro Resources Ltd. [QRO-TSXV] has completed its 2021 drilling at its Long Lake project. The drill was mobilized to its Staghorn property 50 km southwest of Long Lake. The total program is set for a minimum of 2,500 metres of drilling.

Zonte Metals Inc. [ZON-TSXV] has an option to acquire 100% of the Cross Hills IOCG (iron-ore-copper-gold) project.