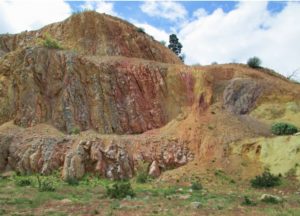 **CORRECTION: Due to a technical glitch, the previous drill results dropped the decimal point. Correct drill results are stated below.

Highlights from infill and step-out drilling include:

Mineralization in most holes is strongly oxidized, with AuCN assays typically between 70% and 100% of conventional fire assays.

For a complete table of drill results for the current 10 holes, please click here: http://pilotgold.com/sites/default/files/GS_Intercepts06202016.pdf

RC drilling is ongoing, with on average 5 RC drill holes completed per week.

The Goldstrike property is located in the eastern Great Basin, immediately adjacent to the Utah/Nevada border, and is a Carlin-style gold system, similar in many ways to the prolific deposits located along Nevada’s Carlin trend.  Previous mining at Goldstrike occurred from 1988 to 1994, with 209,000 ounces of gold produced from 12 shallow pits, at an average grade of 1.2 g/t Au.