In the introduction to PART I of our Quebec feature, we describe the Abitibi Gold Belt’s size and various types of gold mineralization. For PART II, we will be going deeper into that remarkable part of North America where very large gold deposits have been discovered and more are being uncovered.

For example, no less than 14 mining operations have produced or have delineated over 5 million ounces of gold. To name a few, these include Hollinger-McIntyre, Kirkland Lake, Detour Lake, Dome, Horne-Horne 5, Sigma-Lamaque-Triangle, Kerr Addison-Chesteville-La Ronde Penna and Casa Berardi.

Mineral exploration in northern Ontario and Quebec was opened up in the early part of the last century with the building of the Northern Ontario railway. That led to the rich silver-cobalt discovery at the town of Cobalt, Ontario. Prospectors then ventured further north to Timmins into what became known as the Abitibi Gold Belt and then east into Quebec.

At first, no one realized the tremendous gold potential of the belt. However, starting in 1909, there were three major discoveries – the Dome Mine, Hollinger Mine, and McIntyre Mine. These were the biggest gold mines found in North America.

While old timers like Sandy McIntyre and others were seeking high-grade gold deposits, more recent exploration and development has proven the potential for large-scale open pittable gold deposits, including Canadian Malartic with 2018 production of 607,000 ounces of gold and Detour Gold with 621,000 ounces produced in the same year.

The increase in the price of gold has helped to evolve the classic Abitibi quartz-carbonate vein mode that make lower grade, bulk mining open pit mining possible which opened up more economic potential for the Abitibi Gold Belt.

Radisson Mining Resources Inc. [RDS-TSXV; RMRDF-OTC] is active on its 100%-owned, past-producing O’Brien Project in the Bousquet-Cadillac mining camp along the Larder-Lake-Cadillac break where 145,000 ounces of gold has been defined.

In a December 3 press release, Amex Exploration Inc. [AMX-TSXV; AMXEF-OTCQX; MX0-FSE] reported expanding the high-grade zone along strike and to depth at its Perron gold project located 110 km north of Rouyn Noranda. The latest drill results include up to 144.90 g/t gold over 1.50 metres and 49.04 g/t gold over 2.20 metres.

There is a great deal of exploration activity in the prolific Abitibi Gold Belt by numerous explorers and investors can expect a continuing flow of new from this mini9ng-friendly jurisdiction. 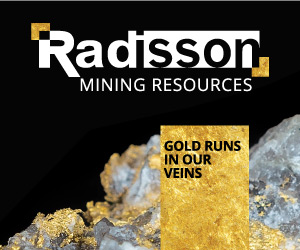 The Bousquet-Cadillac mining camp has produced over 25 million ounces of gold over the last 100 years. The O’Brien Project hosts the formerly-producing O’Brien Mine, considered the Abitibi Greenstone Belt’s highest-grade gold producer with 587,121 oz gold recovered between 1926 and 1957 from 1.2 million tonnes grading 15.25 g/t gold.

The 5,800-hectare O’Brien Project property includes 5.2 km of strike length along the Cadillac Break with over 2.5 km of strike to the east and west of the old O’Brien Mine.

This drill hole represents the deepest hole drilled to test the second trend and appears to have intersected at least three distinct high-grade mineralized structures almost 250 metres below the boundary of currently known resources in the area.

The current drilling is also expanding mineralization laterally both east and west. Drill hole OB-20-148W1 returned 45.33 g/t over 2.20 metres in addition to a number of holes that intersected visible gold in mineralized structures with assays pending.

Drilling continues to define and expand three high-grade mineralized trends located approximately 300, 600 and 900 metres east of the old O’Brien Mine. Company geologists have noted that the mineralized trends bear similarities with structures previously mined at O’Brien down to a depth of 1,100 metres. The company is funded to expand the drilling program to 75,000 metres.

“While the majority of our work program has been focused within 1 km along strike to the east of the historic O’Brien Mine, we believe there is significantly more upside to be unlocked from a prospective land package that includes more than 5 km of strike length along the prolific Cadillac Break,”Â commented Mario Bouchard, CEO. 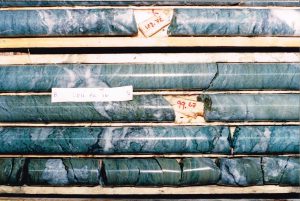 Radisson also holds a 100% interest in the ~400 km2 Douay-Joutel Project located about 35 km southwest of the town of Matagami.Â The company has conducted various geophysical programs at Douay over the years as well as some diamond drilling that returned encouraging results. Hole DO-86-16 encountered a significant gold intersection grading 5.82 g/t gold over 2.35 metres, including 13.71 g/t over 0.91 metres in the Harricana Fault Zone. There are still untested geophysical anomalies that remain untested.

Radisson Mining has excellent shareholder support from high net worth individuals, other resource companies and institutions, including US Global, Caisse de DÃ©pÃ´t and Rob McEwen.

All of Radisson’s management team and Board of Directors have extensive experience in geology, exploration and capital markets.

The company recently closed a private placement financing, including the exercise in full of the agents overallotment option, for aggregate gross proceeds of $13,172,034. Radisson has 207,796,326 shares outstanding.

To date, some 63 veins have been modeled at the O’Brien Project, most of which have not been fully drill-tested. With the 2019 litho-structural model providing an opportunity to better target high-grade zones at the O’Brien Project, Radisson is well-positioned for both expanding known mineralized zones and discovering new ones. 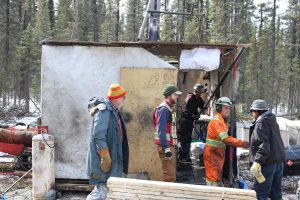 The drilling intersected on its first hole, a new gold discovery that returned 1.07 g/t gold equivalent (AuEq) over 35.5 metres, including a high-grade interval of 8.22 g/t AuEq over 2.6 metres on strike and only 1.4 km from the westernmost step-out drill hole at Nelligan. The Company is awaiting assay results from an additional 11 holes. 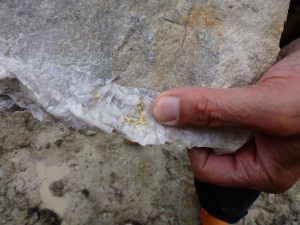 Northern Superior’s 100% owned TPK property hosts two district scale mineral systems. The prospectivity of these systems are highlighted by their size (35km and 3.5km wide respectively), presence of highly anomalous (up to 1,260 gold grains per 10kg till sample) gold grain-in-till dispersal aprons (6kms wide) and trains (3.5kms) respectively, discovery holes (such as TPK-10-004: 25.87g/t Au over 13.45m) and discovery of many high-grade gold-bearing boulders assaying up to 727 g/t Au, 111g/t Ag and 4.05% Cu.

A $4.25 million private placement funding is nearing completion. When completed, the company will have a cash position of approximately $10 million. There are 58,412,042 shares outstanding with New Gold Inc. carrying a 9.99% interest. Insiders own 21%.