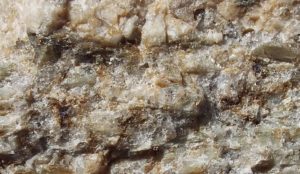 “We are extremely pleased and excited to announce an updated resource estimate, including the first-ever â€˜measured’ resource for our Georgia Lake lithium project,” said Martin Stephan, Chief Executive Officer of Rock Tech. “And we are very happy in the current market environment that we own a hard rock pegmatite project. The increased resource tonnage and upgraded resource classification bolster our confidence in the future prospects and the economic feasibility of our flagship property. The new lithium-bearing pegmatite discoveries made during the 2016 and 2017 field programs have not even been included in the updated resource estimate and demonstrate the significant upside that still remains at Georgia Lake.”

“Rock Tech has made significant investment in exploring and developing the Georgia Lake lithium project, which resulted in an initial NI 43-101 resource evaluation carried out in 2012. Since summer 2016, we have increasingly worked on the further development of our property. A key aspect is the cooperation with DMT, a leading international mining services provider, who is an integral part of the German TÃœV NORD Group – one of the most respected brands in Germany”, added Dirk Harbecke, the chairman of Rock Tech’s Board of Directors. “The updated Technical Report with resource estimate will form the basis of the first-ever Preliminary Economic Assessment (“PEA”) on the Georgia Lake property.”

In total, 175 drill holes totalling more than 29,000 metres were available for the current resource estimate, in addition to a substantial amount of trenching and channel sampling.

The Technical Report will be filed on The System for Electronic Document Analysis and Retrieval (“SEDAR”) within 45 days of this news release.

Drill holes were drilled in a sectional pattern with drill hole spacing of around 60 metres in maximum between sections and 40 to 60 metres along sections.

All scientific and technical information in this news release was reviewed and prepared under the supervision of Karl Stephan Peters, EurGeol 787, an independent Qualified Person to Rock Tech.

DMT is a global consortium, providing interdisciplinary services in the Mining, Oil & Gas, Civil Engineering & Infrastructure and Plant Engineering markets with a client roster that includes Anglo American, BHP Billiton, OMV, E.ON, Schlumberger, De Beers and leading institutes such as The World Bank and the Asian Development Bank. DMT occupies 30 offices worldwide and belongs to the German certification agency TÃœV NORD GROUP. To date, DMT has completed several thousand projects in over 150 countries, working in over 25 countries in a typical year.

Rock Tech Lithium is an exploration company focused on acquiring and exploring properties in the field of lithium and other selected battery metals. The Georgia Lake Lithium project aims to develop a lithium-rich pegmatite vein deposit for the purpose of mining. The deposit was discovered in the Thunder Bay Mining district in northwestern Ontario/Canada, close to the Lake Superior, as early as 1955. Rock Tech Lithium has been working increasingly on the property since 2016 – in a market environment, where the trend for electric cars on the international market has been rising steeply for years. Analysts expect that more than 25% of newly sold cars in 2025 will be electrified, with the demand for Batteries and therefore Battery metals such as Lithium expanding rapidly.

On behalf of the Board of Directors of the Company,