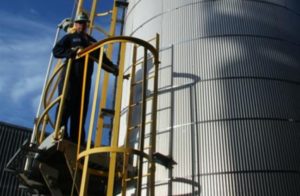 Sherritt International Inc. [S-TSX] said Thursday November 1 that a supply disruption related to the delivery of hydrogen sulphide to its Fort Saskatchewan, Alberta nickel-copper refinery prompted the company to revise its production guidance for its flagship Cuban mine.

The disruption was disclosed in the company’s third quarter financial results.

“It was quite frustrating really,” said Sherritt President and CEO David Pathe during an interview with Resource World. “We had come out and said we were going to have stronger production in the second half of the year and get into the lower range of the guidance notwithstanding the rail service issues we had with the rail service provider in western Canada in the first quarter,” he said.

“Our third quarter production rebounded nicely and we were well on track to do that. But in October we had an interruption in production at the refinery as a result of a third party material provider, the entity that provides the H2S to the refinery in Fort Saskatchewan.”

H2S is a reagent that is used in the refining process to precipitate out impurities in the higher quality pure nickel. But the company that provides the H2S via a pipeline was hit with a suspension order by an Alberta regulator because its emergency response plan was not up to the requirements of the regulator.

That led Sherritt to operate at a reduced production rate for about two weeks while the H2S revamped its emergency response plan to meet the requirements of the regulator.

As a result of that, the nickel miner had to scale back its production guidance slightly. “That only impacts the refinery,” Pathe said. “The mine has been running as well as it has for quite some time and continues to.”

Toronto-based Sherritt is a world leader in the mining and refining of nickel and cobalt from lateritic ores with projects and operations in Canada, Cuba and Madagascar. Sherritt is the largest independent energy producer in Cuba, with extensive oil and power operations across the island. Its key asset is a nickel mining joint venture with the Cuban government.

The 50/50 partnership, formed in 1994, involves the extraction and processing of nickel and cobalt from an open pit mine at Moa Bay in eastern Cuba.

In its financial statements for the third quarter, Sherritt said it has lowered the range of its expected production guidance at the Moa Bay joint venture in Cuba for finished nickel to 30,500 to 31,000 tonnes (100% basis) and lowered the range of finished cobalt production to 3,250 to 3,400 tonnes. That compared to an earlier forecast of 31,500-32,500 tonnes for nickel and 3,500 to 3,800 tonnes for cobalt.

Sherritt reported a third quarter net loss of $13.3 million or $0.03 per share, marking a substantial improvement from a year ago loss of $69.5 million or 24 cents.

The loss in the third quarter beat the street estimate of $0.05.