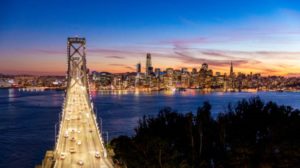 After a tough week on global stock markets it was surprising to see so many investment types at the Silver & Gold Summit in San Francisco last weekend (Oct. 28-29).

Had you not been there, you would not have known that the New Zealand geologist who helped to uncover the Bre-X salting scam in 1997 is running an exploration program for Moneta Porcupine Mines Inc. [ME-TSX, MPUCF-OTC] in Ontario or that the Stockhouse investor website is currently being shopped around by Canaccord Genuity.

A forum for two days of meetings and discussions, it offered a wealth of information for anyone who is seeking opportunities in the resource sector.

The Silver Summit is one of several resource and technology investment conferences that are organized every year by Vancouver-based Cambridge House International, giving individual investors the opportunity to mix with and hear from mining company executives and some of the resource sector’s top investment newsletter writers.

It tends to feature companies such as Hecla Mining [HL-NYSE] and First Majestic Silver Corp. [FR-TSX, AG-NYSE, FMV-Frankfurt] that are advanced stage in their development. Gold mining giant Goldcorp [G-TSX, NYSE-GG] was among the 67 exhibitors who coughed up $6,000 to take booth space at the conference this year

That sets the Silver Summit apart from other conferences on the Cambridge calendar which lean towards the more speculative end of the market. The number of exhibitors at this year’s conference was down only marginally from 82 last year.

In an interview, Cambridge President and CEO Jay Martin predicted that the two-day Summit would attract about 1,000 walk-up attendees. He said he wasn’t concerned about the impact on attendance of last week’s market selloff. “It’s been tough since 2012,” he said. “Good projects are still getting financed. The real investors are still writing cheques.”

Besides, in challenging markets Martin said investors are more interested in what the Summit speakers are recommending.

Among the attendees was Ralph Aldis, a portfolio manager with Texas-based U.S. Global Investors who came to check out SSR Mining Inc.Â [SSRM-TSX, NASDAQ] and other companies on his list. During the conference, Toronto financier Rob McEwen paid a visit to the Sokomon Iron Corp. [SIC-TSXV] booth, presumably to learn more about its Newfoundland project.

As usual, Katusa Research founder Marin Katusa hosted the panel discussions with a lot of help from Sprott US Holdings President and CEO Rick Rule.

The next gold bull market is underway

Those six companies have experienced gains of between 50% and 500% on the back of drill results.

“No-one is talking about gold right now,” McEwen said during an interview with Resource World. “They think it’s a lost cause,” he said.Â  But McEwen says he expects to see a re-ignition of interest in gold in the near future. Having enjoyed previous success in building Goldcorp, McEwen plans to capitalize on renewed gold interest by qualifying his company McEwen Mining Inc. [MUX-TSX] for inclusion in the S&P 500.

That would require him to build the company’s market cap to around $5 billion, up from $660 million at the time of the Summit.

It would be nice to think, as McEwen suggested, that gold is in the early stages of another bull market.

But during the conference it was clear that there is no clear consensus on the yellow metal’s direction in the near future. That would imply that the prospects for silver are also unclear. “I see silver going lower,” Marin Katusa said.

B2Gold Corp. [BTO-TSX, BTG-NYSE] is tipped among the potential takeover targets at this year’s Summit.Â  “I wish that team could stay together for two more mine builds,” said Rick Rule. But before that happens, he predicted that the company may be taken over, potentially by an Australian buyer. Other potential takeover candidates include Pretium Resources Inc. [PVG-TSX] and Liberty Gold Corp. [LGD-TSX].

Given that the company is headed by financier Robert Friedland, it was inevitable that Ivanhoe Mines would rate a mention. Rick Rule said he has shares of Ivanhoe “coming out of every available pore.” “I have never seen a company with this much geology going for it,” he said.

However, he warned that the political risks associated with developing mining projects in the Democratic Republic of Congo means that people shouldn’t invest anything in Ivanhoe that the cannot afford to lose.

Terry Salman was inducted into the Resource Hall of Fame in recognition for his contribution to the junior mining sector. He still runs Salman Capital, a provider of M&A advisory services. “He still does of lot of investing,” Jay Martin said.

From Bre-X to Moneta Porcupine

When Bre-X geologist Mike de Guzman jumped to his death from a helicopter in March 1997, he took his secrets with him to the grave. But New Zealand geologist Gary O’Connor has a theory as to what may have prompted de Guzman and his associates to salt core samples from the Busang project in Indonesia with gold. “They started to salt it to get numbers that would allow them to raise money for drilling,” he said. He believes they just kept going.

More than 20 years later O’Connor is CEO of Moneta Porcupine, which holds a portfolio that includes five gold projects in the Golden Highway and Porcupine camps near Timmins, Ontario.

Uranium prices have continually defied the expectations of even the most committed optimists. After a gain of about 30% since April 2018, spot uranium is trading at US$27 a pound. That’s a long way from US$72.63 prior to the 2011 Fukushima disaster in Japan, a pivotal event that triggered a lengthy bear market in the uranium sector. But one uranium industry official thinks the situation could change if Kazatomprom, the world’s largest producer, proceeds with an IPO in London that is expected to raise US$4 billion.

Mark Chalmers, the President and CEO of Colorado-based Energy Fuels Inc. [EFR-TSX], said Kazatomprom has focused on increasing market share in recent years. But now that the company is going public, it will want the IPO to be underpinned by a higher uranium price. That could force it to reduce its production ahead of the IPO, Chalmers said. However, he said it’s possible that the IPO could be delayed.