Saskatchewan and Gold mining has traditionally not been synonymous, despite gold mining history going back to the early 1900’s and over forty small gold mining operations in the province. Now with gold price momentum reaching US$2000 an ounce and the high-grade Seebee and the Santoy underground mines both on track, veteran explorers like SKRR Exploration [TSX.V: SKRR] have turned an eye back to Saskatchewan’s Trans Hudson Corridor gold belt.

One might initially scoff at serious gold exploration in Saskatchewan; historically, gold mines there have been small and costly, but when you read the list of management, directors, and advisors of SKRR Exploration, one sits up in their chair and take notice of what they are doing. 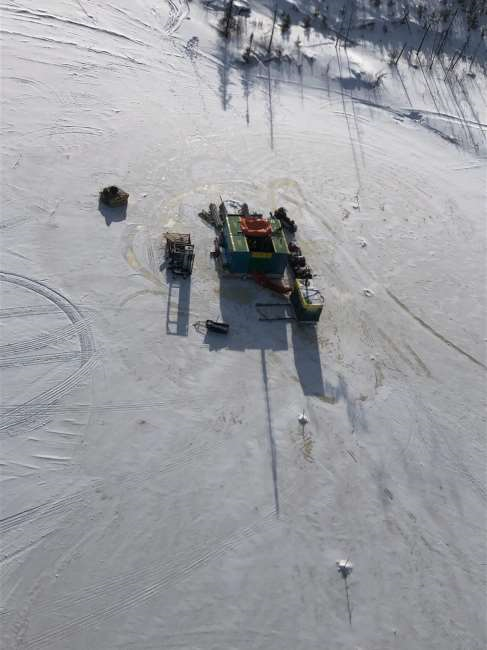 The roster reads like the wall of the Mining Hall of Fame. Ross McElroy, who has been working in Saskatchewan for the past 30 years and instrumental in discovering several of Saskatchewan’s major uranium mines, is the helm of the Board. He has teamed up with Sherman Dahl, SKRR Exploration’s president and CEO who over his 20 years at the National Bank raised over a $1 billion dollars of retail and institutional client financings. Other notables, Ron Netolitzky, credited with three major gold discoveries in Canada that were subsequently put into production: Eskay Creek, Snip and Brewery Creek. Craig Roberts, Michael Halvorson, Michael Murphy, and Brian Skanderbeg, round out a list of advisors, while Ian Butler and Jeremy Ross bring additional bench strength to the Board of Directors.

Saskatchewan, an underexplored, mine friendly jurisdiction

â€œI’ve always had a great appreciation for the potential mineral wealth of Saskatchewan. The province has been consistently rated as the top two or three jurisdictions for mining investment and is geologically endowed with the Trans Hudson Corridor which extends from the Snow Lake deposits in the north to the gold rich Homestake deposits South, along a geological corridor like the greenstone belts in the gold mining regions of Ontario and Quebec,â€ says Ross McElroy, Chairman of the Board for SKRR Exploration. (The Fraser Institutes’ 2021 Annual Mine Survey placed Saskatchewan third for investment attractiveness after Nevada and Arizona.) 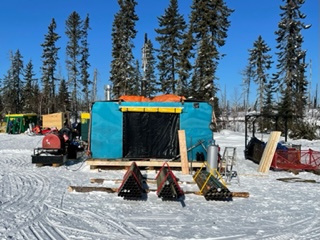 Looking at the bigger picture, McElroy says Saskatchewan is an attractive jurisdiction, both for investment and an under-explored from a geological perspective. Especially along the Trans Hudson Corridor, essentially an old mountain range formed two billion years ago, in a vast swath of mineralization that stretches up the spine of North America, from the U.S. Midwest, north through Saskatchewan, Manitoba, Hudson’s Bay, northern Ontario, Quebec and Labrador.

“The Trans-Hudson is the same geologic formation that encompasses the mining district around Flin Flon, Manitoba and gives it world-class deposits of uranium, zinc and copper and secondary gold resources. Part of the same system that South Dakota’s Homestake Mine was “45-million-ounce gold producer. We believe Saskatchewan’s Trans-Hudson has been overlooked as a gold resource,” says McElroy.

“Three years ago, when gold prices were lower, we were early entrants into Saskatchewan, and we cherry-picked the best properties,” says McElroy.

“SKRR is on a mission to build a world-class base metal and precious metal company based on the outstanding mineralization in Saskatchewan. SKRR will be a leader with a diversified portfolio of high-quality long-life assets. The SKRR team has done an incredible job over the last few years of drilling, exploring, discovering, and positioning the company for success,” says McElroy. 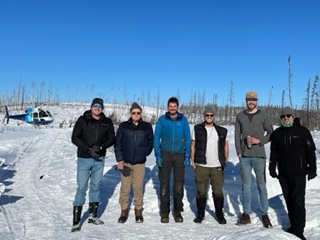 The most advanced project is Olson, where three successful drill campaigns have been completed over two years indicating high-grade, near-surface gold mineralization over a large area (six targets have been identified by drilling and mapping on surface) prospective for orogenic and VMS mineralization.

“Our Olson drilling was ambitiously designed to test the size potential of the Olson gold system. It was successful on all fronts. The consistent high-grade gold mineralization identified at the Olson project confirms the overall potential of growing into a significant resource. The Olson Project continues to yield exceptionally consistent gold results as we drill to define mineralization in the area,” says Sherman Dahi, Chief Executive Officer of SKRR Exploration.

“All the results to date show encouragement and demonstrate well-developed thickness with higher grade intervals with the zones still open in all directions. We are excited to see what the 2021 drill results yield,” says McElroy.

Another target of interest on the Olson Property is the Point, where drilling demonstrated near-surface potential with significant widths of mineralization, with larger higher-grade intervals including 50.24 metres at 0.41 g/t including 6.25 metres at 1.15 g/t Au.

â€œThe Point target outcrops at surface, so we have good grade throughout, but what I like about this target is the width of the intersections, which suggests there is good potential for additional resources,â€ says McElroy.

The Olson project area overlies regionally sheared, highly strained metavolcanic and intrusive rocks, prospective for orogenic gold mineralization. The Property is host to 29 mineral occurrences defined by historical geological mapping, prospecting, trenching and 4,700 metres of historic diamond drilling, with the last drilling reported in 2008. Historical drilling at Olson Lake has intersected 7.5 m grading 2.07 g/t Au including 13.00 g/t Au over 0.65 m, and grab samples of up to 105.52 g/t Au have been collected at the Kalix occurrence. The Olson property is a joint venture between SKRR Exploration (SKRR -TSX) and Eagle Plains (EPL-TSX). 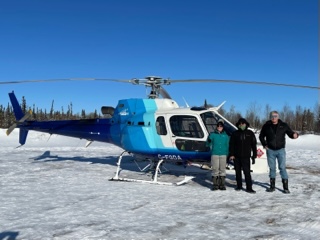 In January 2021, SKRR acquired a 100% interest in the Manson Bay Property, consisting of four mineral claims comprising a total of 64.537 hectares. The Manson Bay Property located in the Trans Hudson Corridor in east-central Saskatchewan is approximately 40-kilometres northwest of the historic mining center of Flin Flon, on the Manitoba border.

The Property had 43 historic drill holes and previously saw exploration activity in1985 by HudBay Minerals (three holes) and followed up in 1987-88 by Mingold Resources with a 44-hole, 4,607 metre program. Â Mingold estimated a historical resource of 660,000 tons grading 0.1 oz / ton (3.4 g/t) Au* to a depth of 122 metres down-dip (66,000 ounces gold) with good potential for expansion of depth and strike extent.

A follow-up drill program for the summer of 2022 is planned.

“We are looking at probably another 10 to 12 holes this summer to get some idea of the boundaries of the deposit. But this is a large property, and this gold zone is only one small corner. There are some nice historic showings and I think we’d probably want to put a couple of holes to test those areas where you’ve had historic results with trenching subsurface samples and channel samples. So, I think you’d probably end up with about a 50/50 split in a drill program where you’d be testing the more regional targets as well as trying to substantiate a more on the deposit itself,” says McElroy.

Building a base metal portfolio

As the base metals market began to heat up, particularly nickel and zinc, SKRR Exploration acquired strategically important properties in northern Saskatchewan.

In June 2021, McElroy staked the Father Lake Nickel Property. The nine contiguous mineral claims that comprise the Father Lake Property, are located 40 kilometres northeast of the hamlet of Stony Rapids, the historic drilling on the property dates to the 1950’s. The Property is located along the Snowbird Tectonic Zone. In this 2,800-kilometre-long igneous formation where historic nickel, copper and cobalt showings on the Property could represent the same type of Norite mineralization as the rich Nickel King deposit, which also lies 90 kilometres northeast of Father Lake.

SKRR intends to complete mapping the Property and develop an action plan to confirm historical drilling results in 2022 before expanding the drill program.

These historic reports are encouraging and SKRR plans to start mapping the property in 2022 prior to completing a strategic plan for moving forward.

Never underestimate the wisdom gained through experience. If there any group is likely to discover and develop a portfolio of precious and base metals assets in an underexplored jurisdiction, it will take the geological expertise and financial savvy of the SKRR team.

There’s lots to like about SKRR Exploration, the management’s success and experience, the extensive under-explored property portfolio, and the financial acumen to spend exploration dollars in the ground it’s got all the makings of a success story in the making.