TomaGold Corporation (TSXV: LOT) (“TomaGold” or the “Corporation”) is pleased to report the initial results of its 2,502-metre drilling program on its wholly-owned Obalski property, in Chibougamau, Quebec.

Drilling began in December 2020 and ended on February 18, 2021. The program consisted of seven holes, six of which were drilled on two separate sections (450 E and 120 E), while the seventh hole was designed to test the rock type at the eastern property boundary. The goal of the program was to better define the A-Po Zone on sections 450 E and 120 E, located 330 metres apart, with very little exploration work in between. Drilling was also aimed at intersecting the A, C and D zones, some of which have already been mined underground and the subject of minor surface work.

The following table shows the gold, silver and copper results for the first three holes, on section 450 E:

“These are great results for our first three holes on Obalski, as they show that the property hosts high gold, silver and copper grades, warranting a larger drilling program to define its potential,” said David Grondin, President and CEO of TomaGold. “Once we have the additional input from the three holes drilled on section 120 E, we’ll prepare a follow-up 10,000-metre diamond drilling program that we will start in the spring. The new program could yield some very interesting results, as our technical team will focus on targets both along strike and at depth that appear to have been overlooked by the previous owners.” 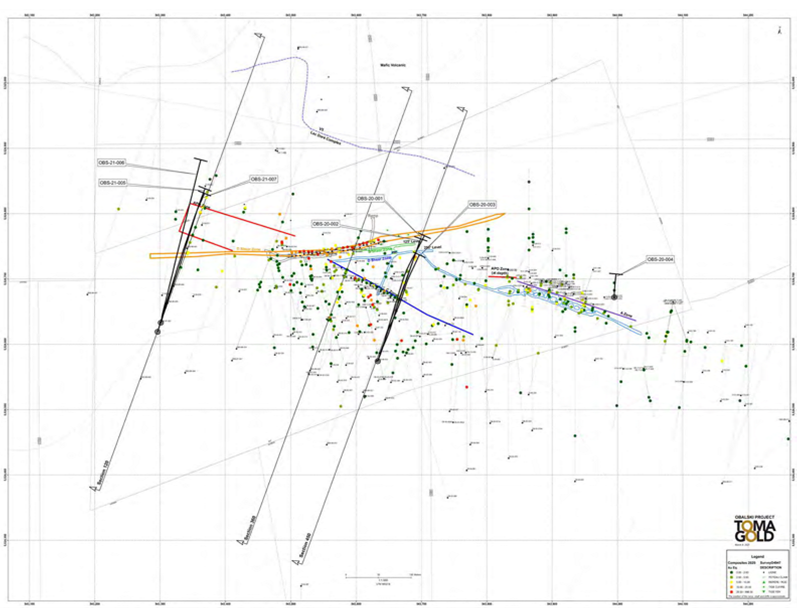 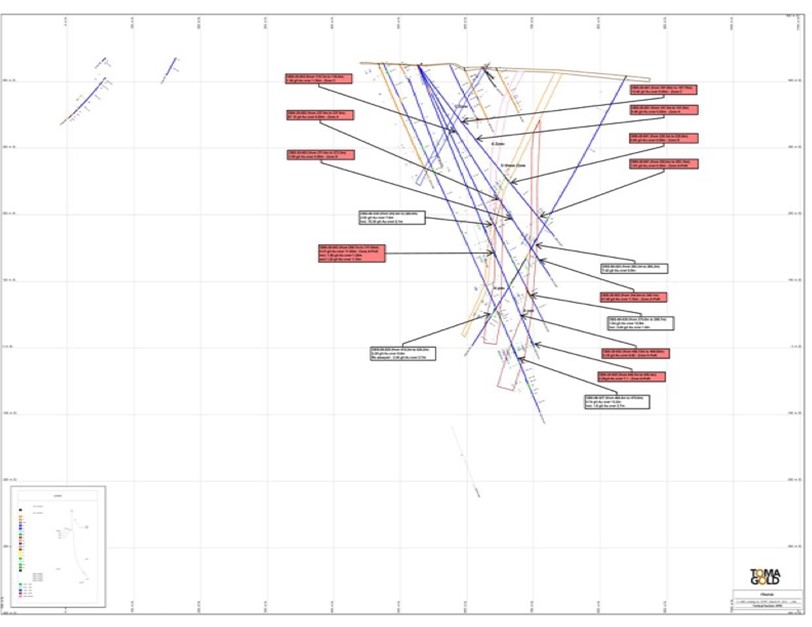 TomaGold has implemented and is adhering to a strict Quality Assurance/Quality Control program for the present drilling program. The core is sawed in half, with one half kept as a witness sample in Chibougamau and the other half shipped directly by bus to ALS Chemex in Val-d’Or, Quebec. The half core is then ground to 1/8″ and split into two halves by ALS. One half is kept as a witness (reject) by ALS in Val-d’Or. ALS pulverizes the other half at 150 mesh and takes a 50 g sample for analysis. The rest is kept at ALS and identified as “pulp”.

The technical content of this press release has been reviewed and approved by André Jean, P.Eng., the Corporation’s Director of Exploration and a qualified person under National Instrument 43-101.

TomaGold Corporation (TSXV: LOT) is a Canadian mineral exploration corporation engaged in the acquisition, assessment, exploration and development of gold mineral properties. TomaGold has interests in five gold properties near the Chibougamau mining camp in northern Quebec: Obalski, Monster Lake East, Monster Lake West, Hazeur and Lac Doda. It also participates in a joint venture with Evolution Mining Ltd. and New Gold Inc., through which it holds a 24.5% interest in the Baird property, near the Red Lake mining camp in Ontario.