In this last day of 2020, since we follow the exploration and mining industry, let’s look at what these sectors contribute to the people of the world.

Mining has been one of the oldest endeavours of mankind – starting flint to start fires, bricks to build homes, iron to make tools and weapons, to our modern world where various metals are used for conducting electricity, communication, machines, vehicles, medicine, and a myriad of high tech devices and appliances.

Simply put, mining is a major building block of civilization. But what, besides mineral commodities, does mining actually contribute to society? How about employment and new wealth?

A report by the World Bank Group notes that “Many low and middle-income mineral-rich countries have experienced strong growth for a decade or longer, propelled by a rapid expansion of their mineral exports and a rise in prices of these commodities.”

Canada’s mining industry is one of the largest in the world. The country produces more than 60 metals and minerals. Canada is the largest producer of potash, the second-largest uranium producer, and the third-largest diamond producer. For primary aluminum and nickel, it is the world’s fourth and fifth-largest producer, respectively. 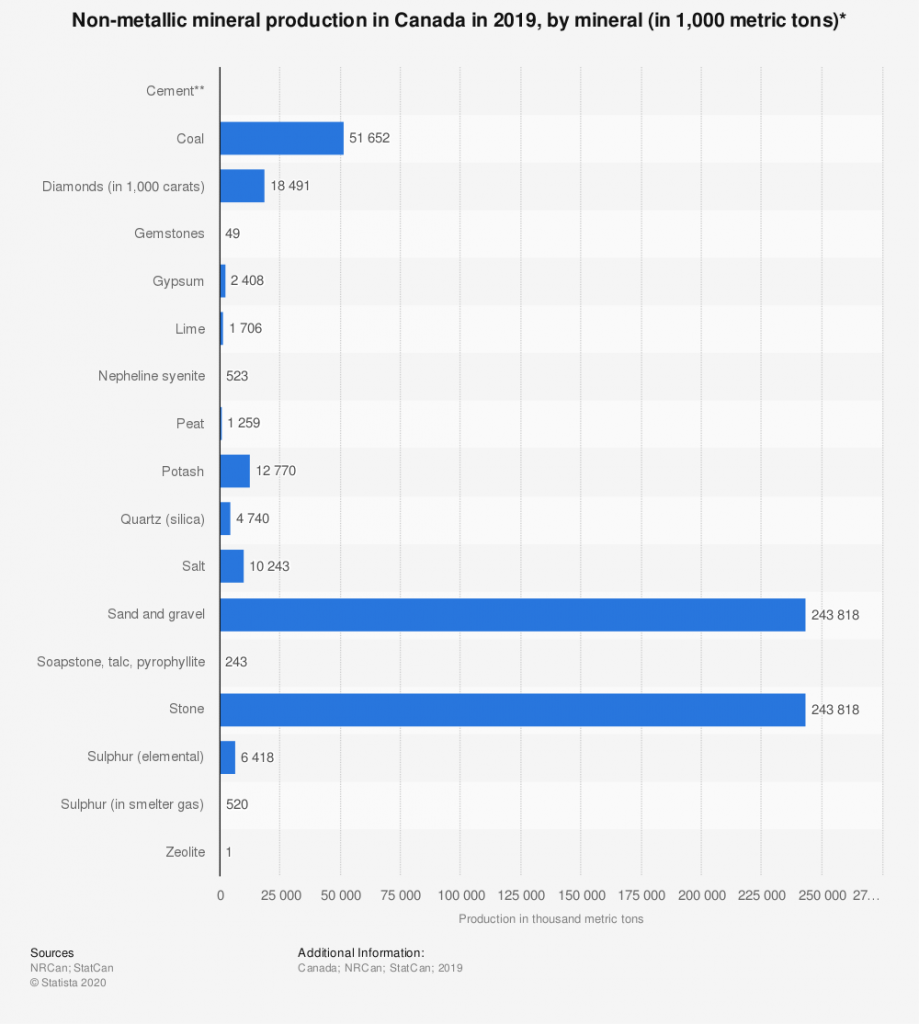 According to the Mining Association of Canada, in 2018, Canada’s mining industry contributed $97 billion, or 5%, to Canada’s total nominal GDP. The industry’s direct and indirect employment exceeds 620,000 jobs, accounting for one in every 30 jobs in Canada.

Proportionally, the mining industry is the largest private sector employer of Indigenous peoples and provided over 16,600 jobs to community members in 2018.

Valued at $105 billion in 2018, mineral exports accounted for 19% of Canada’s total domestic exports. According to the Natural Resource Governance Institute, in 2018, extractive sector companies reported payments of more than $10.4 billion to Canadian governments.

Globally, the mining industry had an aggregate market value of US$1.55 trillion.

According to S&P Global Market Intelligence, newly released 2020 global exploration budget data shows that exploration sector optimism that began to appear in the second half of 2019 was snuffed out by COVID-19, resulting a second year of decreased nonferrous budgets of 11% to US$8.3 billion in 2020.

However, this is temporary. The outlook for mining is favourable. A report by PwC states that “in some respects, the mining sector is well-situated in the wake of COVID-19. For example, despite recent uncertainty regarding Brazil’s ability to continue mining, iron ore prices have risen, potentially limiting the total impact on the sector. Mining companies have strong finances and are mostly still operational, albeit with increased levels of precautionary controls. But the longer-term impacts remain uncertain, and ongoing disruption is likely. Top 40 miners should take advantage of their current position of financial stability to revisit their strategies.”

Judging by the constant stream of reported financings, the many exploration projects underway, and mostly acceptable commodity prices, the mining sector is healthy and remains a crucial part of the world’s economies and a contributor to the lives and well-being of people everywhere.