Ximen Mining Corp. (TSX.V: XIM) (FRA: 1XMA) (OTCQB: XXMMF) (the “Company” or “Ximen“) is pleased to announce that it has signed an indicative term sheet with an arm’s-length Swiss-based metals trading firm (the “Lender“) to provide US$5.0 million of financing in the form of a secured gold loan (the “Loan“), for the planned development of a 1200 meter decline and extraction of a 10,000-tonne bulk sample at the Company’s Kenville Gold Mine property.

“This non-dilutive financing is an important milestone as we continue moving forward on the development of the Kenville Gold Mine towards production,“ said Christopher R. Anderson, Ximen’s President and CEO. “Following months of discussions, we are extremely pleased to have come to terms with a sophisticated firm that understands our industry and is providing us with the final stepping stone to satisfy our cash flow requirements.”

The contemplated Loan will have a maturity date fixed at 330 days following the date of the advance to Ximen, and will be repayable by Ximen on maturity by delivery by credit to a metals account designated by the Lender by a specific number of ounces of gold, to be calculated at a discount to the spot price with the number of ounces being subject to adjustment on the closing date depending on the then-current LBMA AM closing price.Â  The Loan is to be secured by a first ranking general security agreement over the Company’s assets.

The Kenville Gold Mine is situated 8 km west of the City of Nelson, BC on a group of crown granted mineral claims, together with surface rights that are 100% owned by Ximen.Â  The Kenville Gold Mine commenced production in 1890 and continued in operation into the 1950’s. The historical production records show 65,381 ounces gold produced from 158,842 tonnes milled, for a recovered grade of 12.8 grams per tonne (0.37 ounce per ton) gold. Prior to Ximen, Kenville was held by Anglo Swiss Resources Inc. (since renamed Gungnir Resources Inc.).Â  Kenville was the subject of the NI 43-101 Report entitled “Technical (Geological) Report on the 257 Level of the Kenville Gold Mine, Nelson, British Columbia“, dated July 22, 2009, authored by Richard Munroe, FGAC, P.Geo., for Anglo Swiss, and available on SEDAR under the Gungnir Resources issuer profile (filed October 7, 2009). That report disclosed a measured and indicated resource estimate as shown in the table below.

Subsequent to that report, Anglo Swiss drilled several additional diamond drill holes from surface and underground between 2009 and 2012 that intersected multiple gold-quartz veins west and south of the mine, the assay results of which were disclosed in news releases that are available on SEDAR under Gungnir Resources.

Since acquiring the project, Ximen has been undertaking the work necessary to secure a permit for the development of a new underground decline to access an area west and south of the historic mine where a series of gold-quartz vein intercepts were drilled between 2009 and 2012. Ximen believes this area is a continuation of the gold deposit that was mined historically.Â  Permitting is expected to be completed within the next 8 weeks.Â  Ximen has also rehabilitated the portal to the 257 Level of the Kenville Gold mine to provide access to the area of historic mineral resources that were reported in the 2009 technical report.

As part of its on-going technical studies on material from the Kenville Gold Mine, Ximen re-sampled and check assayed 13 samples of core from selected drill hole intercepts obtained in the years 2007 to 2011 inclusive. The verification assay results are reported in the Company’s press release dated February 19, 2020.Â  In addition, assays were completed on two composite samples labelled as “High Grade” and “Low grade” that were used for metallurgical testing.Â  Metallurgical test results on these samples were announced in a news release dated May 22, 2020.

The Company’s current development plans are based solely on its review of the historical records regarding the Kenville Mine, the technical report and drilling assay results disclosed by the previous operator, and its own verification assays of a subset of the available core samples from previous owner’s exploration programs.Â  It has not undertaken the technical work necessary to independently establish mineral resources.Â  While the Company’s management believes that its proposed development plans will generate revenue that would offset expenditures, there remains material risk that the Company will not be successful in recovering sufficient gold from the Kenville Gold Mine to fulfil the contemplated Loan repayment obligations.

The Company expects that, when the contemplated permits and financing are secured, it will be able to proceed immediately with mine development, having acquired the necessary underground mining equipment, including aÂ new compressor, 3-yard scooptram, 13-tonne rock truck, long-tom, drills and fans.Â  The operation is expected to be able to utilize existing surface infrastructure, which includes mechanical repair shop, office and ancillary buildings.

All of the required personnel will be sourced locally.Â Â The new portal site has been stripped and readied to break ground, and the electric power supply has been installed at the portal.Â Power is supplied from the local grid, which is connected to the Kootenay Canal Generating Station located west of Nelson on the Kootenay River.

This proposed gold loan financing is subject to, among other things, the Lender completing and being satisfied with its due diligence investigations of the Company and the Kenville Gold Mine, the issuance of the required permits, completion of a CDN$1.5 million equity financing, and the acceptance of required regulatory approvals.Â  The Loan transaction is forecast to close by April 30, 2021, subject to extension by the parties if necessary, to allow for the completion of the Lender’s due diligence.

Dr. Mathew Ball, P.Geo, VP Exploration for Ximen Mining Corp. and a Qualified Person as defined by NI 43-101, has reviewed and approved the technical information contained in this News Release. 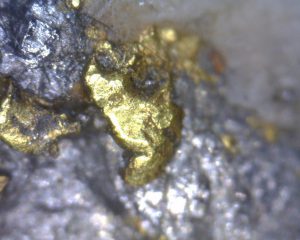 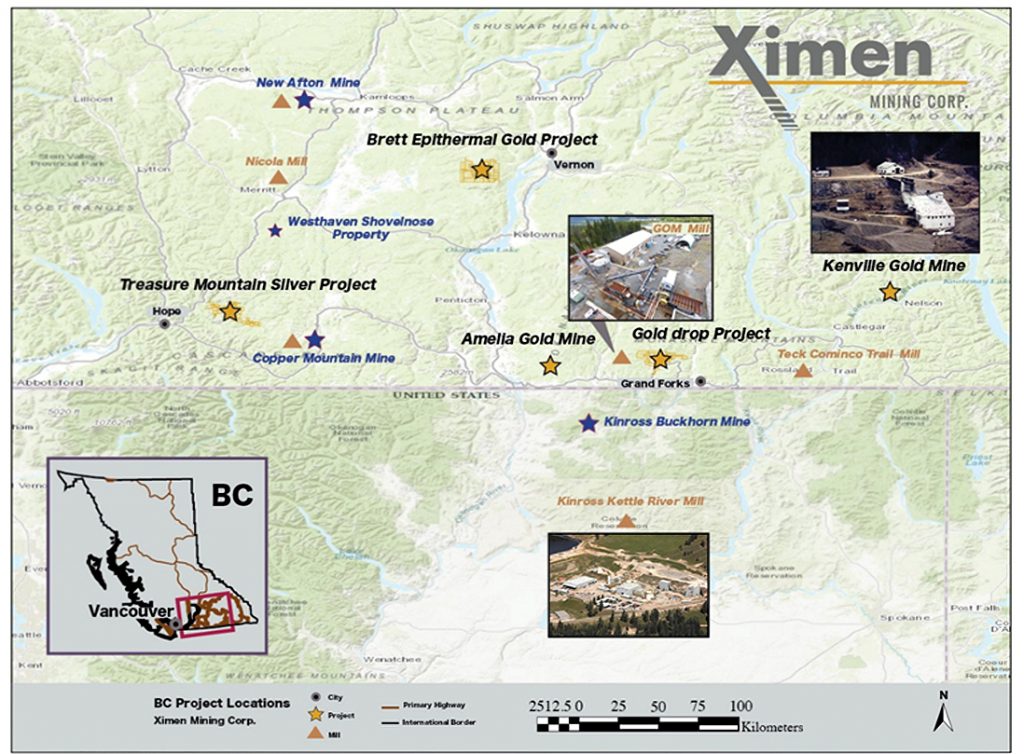 Ximen holds 100% ownership interests in three key gold assets located in southern BC – the Kenville Gold Mine, the historic Cariboo-Amelia Gold Mine, and the Brett Epithermal Gold Project.Â  In addition, Ximen also owns the Treasure Mountain Silver Project adjacent to the past producing Huldra Silver Mine.Â  Currently, the Treasure Mountain Silver Project is under an option agreement.

This press release contains certain “forward-looking statements” within the meaning of Canadian securities legislation, including statements regarding the contemplated completion of a Loan transaction, including securing a required TSX Venture Exchange acceptance, and the completion of the permitting necessary to commence production form the Company’s Kenville Project. Although the Company believes that such statements are reasonable, it can give no assurance that such expectations will prove to be correct. Forward-looking statements are statements that are not historical facts; they are generally, but not always, identified by the words “expects,” “plans,” “anticipates,” “believes,” “intends,” “estimates,” “projects,” “aims,” “potential,” “goal,” “objective,” “prospective,” and similar expressions, or that events or conditions “will,” “would,” “may,” “can,” “could” or “should” occur, or are those statements, which, by their nature, refer to future events. The Company cautions that forward-looking statements are based on the beliefs, estimates and opinions of the Company’s management on the date the statements are made and they involve a number of risks and uncertainties. Consequently, there can be no assurances that such statements will prove to be accurate and actual results and future events could differ materially from those anticipated in such statements. Except to the extent required by applicable securities laws and the policies of the TSX Venture Exchange, the Company undertakes no obligation to update these forward-looking statements if management’s beliefs, estimates or opinions, or other factors, should change. Factors that could cause future results to differ materially from those anticipated in these forward-looking statements include the possibility that the proposed lender will not be satisfied with the outcome of its due diligence investigations, the Company and the lender will not be able to reach an agreement on the definitive Loan documentation, the Company will not be able to satisfy the requirements for the mine permit required for operations at the Kenville Project, and the TSX Venture Exchange may not accept the proposed Loan transaction in a timely manner, if at all. The reader is urged to refer to the Company’s reports, publicly available through the Canadian Securities Administrators’ System for Electronic Document Analysis and Retrieval (SEDAR) at www.sedar.com for a more complete discussion of such risk factors and their potential effects.