Bolivia, a South American, land-locked country of 11.6 million, has had a tumultuous social and political past, while at the same time, has seen mineral production continue for some 500 years – since before the time of the Spanish Conquistadors.

For much of this time, foreign investment in the resource sector was not encouraged. However, things have changed and the government is now actively seeking foreign investment to develop its mining sector which is very underdeveloped despite significant resources of zinc, gold, silver, tin, antimony, iron ore, copper, tungsten, sulfur, potassium, borax, semi-precious stones and lithium. Bolivia has theÂ world’s largest silver producer – Cerro Rico – with 1.6 billion ounces of silver and the world’s second-largest lithium reserves, estimated at 9 million tonnes, or about 25% of known global reserves.

LuisÂ Arce, former Minister of Economy and Public FinanceÂ in the Evo Morales Movement Toward Socialism (MAS) party, captured a majority in the recent election.

Some in the mining sector might be wary of a socialist government; however, President-elect Arce is a former banker with a Master’s degree in economics from Britain’s University of Warwick.

During his previous tenure, he implemented policies that brought huge returns in the commodities markets that generated a windfall in revenue for social and infrastructure programs that benefited the lives of millions. Indeed, miningÂ accounted for approximately 28% of Bolivia’sÂ exports or $2.2 billion in 2017.

Besides the handful of state-owned mines, a few foreign mining companies have seized the opportunity to be early-movers in an under-explored and under-developed jurisdiction, including Japan’s Sumitomo owns and operates the San Cristobal zinc mine, the fourth largest zinc mine in the world. In addition, Pan American Silver has the producing San Vicente silver-zinc-lead mine.

With new mining regulations set out in 2014 and 2016, investors may want to consider investing in companies exploring a country where only a fraction of its mineral wealth has been discovered and developed.

Tom Larsen, CEO of Eloro Resources Ltd. [ELO-TSXV; ELRRF-OTCQX; P2QM-FSE], states: “The team at Eloro Resources is very fortunate to be in the position to explore and develop Iska Iska, a very promising Bonanza-style Bolivian Silver polymetallic deposit in the historic mining district of Potosi, southern Bolivia, home to the world’s largest silver producing mine, Cerro Rico. Bolivia is a remarkable country and it is an honour to be involved working with its people. We will make every effort to make Iska Iska a success.” 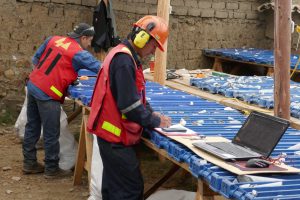 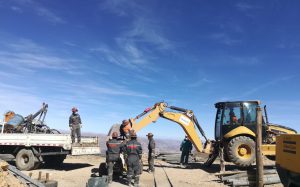 More recently, on November 24, 2020, Eloro announced the discovery of a second major breccia pipe approximately 400 metres in diameter southwest of the Huayra Kasa underground workings. Drill Hole DHK-14 drilled at -10 degrees to the southwest from underground Drill Bay #3 intersected almost 180 metres of silicified and mineralized breccia from 151 to 330 metres in the Santa Barbara Breccia Pipe. Silicification is the predominant alteration in the breccia. This and the presence of copper, tin and bismuth in the core of the breccia indicates that we are getting closer to the magmatic-hydrothermal source. Furthermore, given the strong association of gold with bismuth in the high-grade zones at Huayra Kasa, gold is likely to be present. It is also very likely that there is a major tin-copper-bismuth porphyry system beneath these breccia pipes.

CEO Tom Larsen, commented: “The discovery of two major breccia pipes and outlining of a number of potential targets for breccia pipes is highlighting the excellent potential for Iska Iska to host a significant bulk mineable polymetallic deposit.Â  We are currently preparing access roads to enable additional surface drilling to further evaluate the new Santa Barbara pipe as well as drill-test other potential breccia pipe targets. In addition, we will be carrying out gravity and magnetic surveys to further refine our drill-targeting as well as preliminary metallurgical testwork to support future mineral resource estimation.”

Eloro has also has staked nine additional properties (known as mining areas under Bolivian law) covering a total of 311.75 km2 in the Potosi Department. The properties are located on prominent ASTER (advanced spaceborne thermal emission and reflection radiometer) anomalies with a similar hydrothermal alteration signature to that of Iska Iska. The Tup-5 property ties directly onto the Iska Iska property.Â  In view of the recent success at Iska Iska, these properties are considered by the company to be very prospective. The company has 47,683,862 shares outstanding.