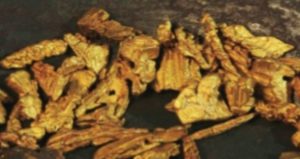 Bravura Ventures Corp. [BVQ-CSE; BRVVF-OTC; 23B-FRA] has entered into an option agreement with Golden Predator Mining Corp. [GPY-TSXV] to acquire up to a 90% interest in the Grew Creek property located in the Watson Lake Mining District in southeast Yukon.

Golden Predator has spent more than $4.7 million on exploration on the property and has drilled 19,000 metres in 70 holes since 2010; highlights include:

Note: All the above intersections are stated as down hole intercepts and not true thickness

There is year-round access to the property which is less than 1 km from the Robert Campbell Highway between Faro and Ross River with power lines crossing the project area. The property is host to the near surface Carlos gold zone; a zone of gold mineralization which Golden Predator defined by core and RC drilling over an area of 300 metres along strike 100 meters wide and 400 metres deep.  The Carlos Zone remains open at depth; there is the potential that deposits similar to the Carlos Zone could be discovered along strike.

Greg Burns, CEO of Bravura Ventures, said “The company is very excited in its latest option and welcomes the opportunity to align itself with a progressive company such as Golden Predator. We look forward to defining the next steps on this exceptional project.”