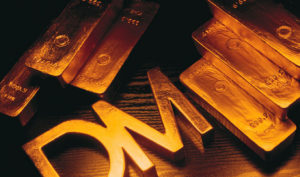 One of the great questions overhanging the precious metals world is simply this: why has every important rally in gold and silver since the summer 2011 highs been beaten back despite the greatest worldwide binges of central bank fiat money creation in history over the past several years and the greatest expansion of government debt in history during the same period?Â  As a result of these failures, many precious metals investors and traders have suffered significant losses.

Perhaps the most important ingredient in investment analysis is the ability to rely on the credibility of information used to form judgements. Obviously, if information is accurate and believable, sound judgements may result – but if information is tainted or even deliberately falsified, that becomes an entirely different matter. Within that concept, it now appears that the world of gold and silver investing may have been influenced by the latter type of data. In addition, those falsifications may have come from sources which the public may well have considered to be unimpeachable.

A great deal of recent attention has resulted from the mid-April disclosure that one of the world’s most important banking institutions, Germany’s Deutsche Bank AG, “â€¦has reached settlements in lawsuits it manipulated gold and silver pricesâ€¦” according to a Bloomberg News Service article. The lawsuits related to allegations filed in 2014 by several silver and gold futures traders that a group of major banks including Deutsche Bank AG, HSBC Holdings Plc, Bank of Nova Scotia, UBS AG, Barclays Plc and Societe General SA did indeed manipulate precious metals prices since 2007.

Of potentially great importance, the Deutsche Bank AG settlement also includes the provision that in addition to valuable money considerations, the bank will cooperate by providing information regarding claims against the other remaining defendants.

This particular settlement relates to accusations that the defendants influenced quotes in the widely-followed London AM and PM “fixes” for both gold and silver. Providing fixed prices for both gold and silver began in 1919 when a group of gold traders and refiners decided to provide a reliable quote for artisans, traders, gold dealers and the general public. The quote is provided twice per day, at 10:30 AM London time and again at 3:00 PM.

Accusations regarding precious metals price manipulations are nothing new. One of the earliest specific incidents is alleged to have taken place in the late 1960s when it was suggested the London gold pool was deliberately keeping the gold price as low as possible to minimize any desire of US paper dollar holders to convert to gold coinage, a process which was still permitted for non-Americans until President Nixon finally closed the gold window forever in 1971.

From the late 1970s onward, suspicions began to grow that the US did not possess all or even most of the physical gold as claimed, suspicions fueled by the fact that the American government has steadfastly refused to openly audit those purported holdings, and the price of gold began to rise as a result. Many suspected that gold’s price was then being artificially suppressed and these suspicions, among others, led to the formation of an organization known as Gold Anti-Trust Action Committee, or GATA, led by Bill Murphy who serves as Chairman and Director.

Two obvious questions present themselves: what could be the purposes of these alleged manipulations and what would the present suggested gold and silver prices be had these implied sources of false information not been present?

I would suggest the purposes could be directly related to government control over the economy and their and major banking establishments desires to have that economy appear to be functioning efficiently. Since gold and silver have historically been regarded as negative indicators of economic and social stability, rising when conditions worsen and vice versa, it would seem governments and major banks indeed had a vested self-interest in minimizing any price increases.

Also, governments would presumably like to dampen public concerns over massive growth in money creation, national debts, operating deficits and so forth – all of which have escalated sharply in recent years. There is also the additional argument that manipulated markets can provide special opportunities for capital gains.

Although we cannot suggest exact figures, given that many of the historic concerns which fueled previous golden bull markets are now present, we can only suggest that the 2011 highs should have been exceeded by now had some manner of manipulation not been present. I would also note that since Deutsche Bank has agreed to this settlement, it will make it much more difficult for future manipulations to take place, thereby suggesting that precious metals quotes could rise to more accurately reflect growing economic and social concerns.