As the price of gold continues to hover around an all-time high of well over US$2,000 an ounce, industry executives are looking ahead to a variety of positive impacts, including easier access to capital and a flood of new investment money into early stage exploration projects.

“We have been impacted in an incredibly positive way with these increased gold prices,” said Mark O’Dea, director of Pure Gold Mining Inc. [PGM-TSXV]. During an interview with Resource World, he said many investors don’t recognize that because Canadian gold miners fund their costs in loonies, and sell the product for U.S. dollars, their operating margins will soon go through the roof. 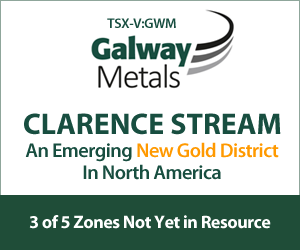 That will translate into much higher profitability and cash flow for a company like Pure Gold, which is developing the Madsen gold mine in northwestern Ontario. The forecast all-in sustaining cost at Madsen is expected to be US$787 an ounce.

O’Dea believes the impact of the current gold price on the industry’s bottom line is not yet reflected in the share valuations of emerging producers and junior explorers.

“There is a lag because investors pour their money into the bigger names first,” O’Dea said. “But that money will eventually trickle down to the emerging producers,” he said. “It’s inevitable.”

Pure Gold’s Madsen Mine near Red Lake, Ontario, is scheduled to pour its first gold bar by December, 2020.

Madsen is located on the site of a former mine that produced 2.5 million ounces of gold before closing down in 1976. Pure Gold is planning to restart the mine after outlining one million ounces of probable reserves that are expected to be mined over the next 12 years.

With the gold price trading at an all-time high, O’Dea said there will be opportunities for emerging producers to make modifications to their mine plans, allowing them to capture more gold than was previously envisaged during the planning phases.

Derek White, CEO of Ascot Resources Ltd. [AOT-TSX, OTVFF-OTCQX], which is working to restart the Premier Gold Mine near Stewart, B.C., agreed.

“Cut off grades for both existing and old projects will slowly start to get lower. As a result, more projects will come under consideration,” White said. The price on which economic assessments are based is also bound to increase if the gold price stays at this level or goes higher.

“Because Preliminary Economic Assessments (PEAs),Â and other economic studies use long-term prices, I would suspect that study prices will lag the market and move up more slowly,” he said.

In an email to Resource World, White said US$1,200 per ounce gold and $15 per ounce silver were common long-term study prices less than a year ago. Yet prices have almost doubled for those levels.Â  “I would expect the long-term price assumptions for independent technical reports to move more slowly up,” he said.

As the gold price rises, capital inevitably flows into the mining via new financings. That money gets put to work in drilling and project expansions. New discoveries get made and ultimately new mines are produced.

The improved access to capital can be attributed to the fact that at the end of July, 2020, gold was headed for its biggest monthly gain in eight and half years as the impact of the coronavirus pandemic on the U.S. economy hammered the U.S. dollar prompting investors to seek the shelter of safe haven investments such as gold.

However, it isn’t just emerging producers that will benefit from the recent surge in the bullion price.

As recently as five years ago, conventional wisdom had it that you couldn’t find multi-million ounces gold deposits in eastern Canada and in the eastern U.S.

Gold at over US$2,000 an ounce marks a complete change in the investment climate for a company like Galway Metals Inc. [GWM-TSXV, GAYMF-OTC], which holds an advanced gold exploration in New Brunswick.

“I think we are in the gold market of our lives,” said Robert Hinchcliffe, President and CEO of Galway Metals during a telephone interview with Resource World.

For most of the four years that Galway has held the Clarence Stream gold project, the junior could only afford to operate with one drill rig. But after a recent financing, it will soon be increase that number to five. It means that Galway could spend as much as $10 million at Clarence Stream this year.

“A year ago, it was a different story. We were in a different world,” said Hinchcliffe. At that time, he said the company struggled to “cobble together” financings that involved only the company’s existing shareholders.

But the record gold price, combined with promising drill results from Clarence Stream has sparked an impressive increase in the company’s stock price, which recently jumped to $1.55 on July 31, 2020, from around 40 cents in early June, 2020.

That enabled the company to attract Bay Street gold bug Eric Sprott, who recently acquired $3 million worth of the offered shares in the $17.35 million financing, As a result, Sprott currently holds a 3.8% stake in Galway. Other key shareholders include Hinchcliffe, who owns just under 10% of the shares outstanding.

Hinchcliffe says he wouldn’t be surprised to see gold trading at US$3,000 an ounce within the next 12 months. “It feels to me like it is going to go higher for sure,” he said.

Galway’s main goal is to show that there are more multi-million-ounce gold deposits to be found in eastern Canada.

Galway Metals has raised $17 million to top up its treasury to $22 million which has fully-funded its 75,000-metre, 200-hole Clarence Stream drill program through the end of 2021.

Galway’s land position comprises 60,465 hectares with 65 km of strike length (and a width of up to 28 km) along the Sawyer Brook Fault System.

Management is of the view that this resource can be significantly expanded and is optimistic about the potential for satellite discoveries. Both the North and South Zones are open along strike in both directions, and the South Zone is open to depth.